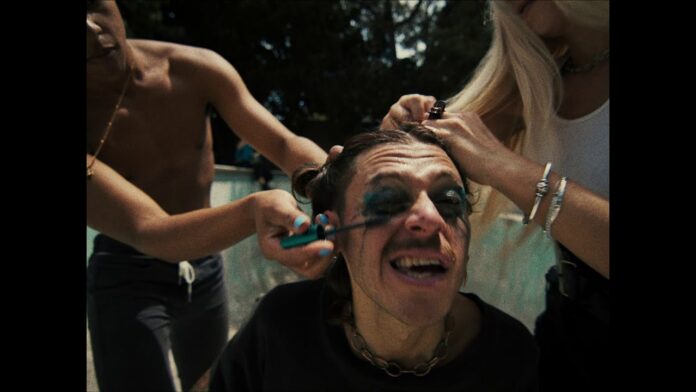 fStay Over is the sonic alter ego of singer Oliver Feighan, and has been crafting music that sticks out amongst the crowd, and promises to be one of the more interesting projects you’ll listen to.

Back in April, Substream teamed up with Stay Over to exclusively premiere their single “Happy,” which later received a music video and went on to be a viral hit. “Happy” has gone on to amass over a million streams organically, and received a placement on Spotify’s New Music Friday playlist, and was showcased globally by Snapchat in one of their lenses.

Now, today Stay Over has revived the 90’s/early-2000’s skater aesthetic in his latest video for the single, “IDKATL.” The video was directed by Sid Singh and produced by Cocoon Malibu, and can be viewed below. “IDKATL” speaks about self-medicating in order to numb negative thoughts and get through difficult moments, rather than confront and process them.

“One of my favorite movies of all time is ‘Lords Of Dogtown,'” says Stay Over. “The whole aesthetic of the movie and that time in the 90’s seemed real and raw and authentic. That’s what we wanted to get across for the video. The director Sid Singh really brought the whole vision to life and executed it exactly how it was in our heads. Its vulnerable and honest, like my music, which is my way of figuring out who I am. It’s my way of processing my emotions and exploring my real true honest feelings, but I also hope my music can make people feel a little less alone. By being honest, I think we can all open each other up. When we’re open, we see things differently. We see things as love and light.”