Advertisement
Home Featured Exclusive INTERVIEW: Hobo Johnson pulled the plug on genre with ‘The Fall of... 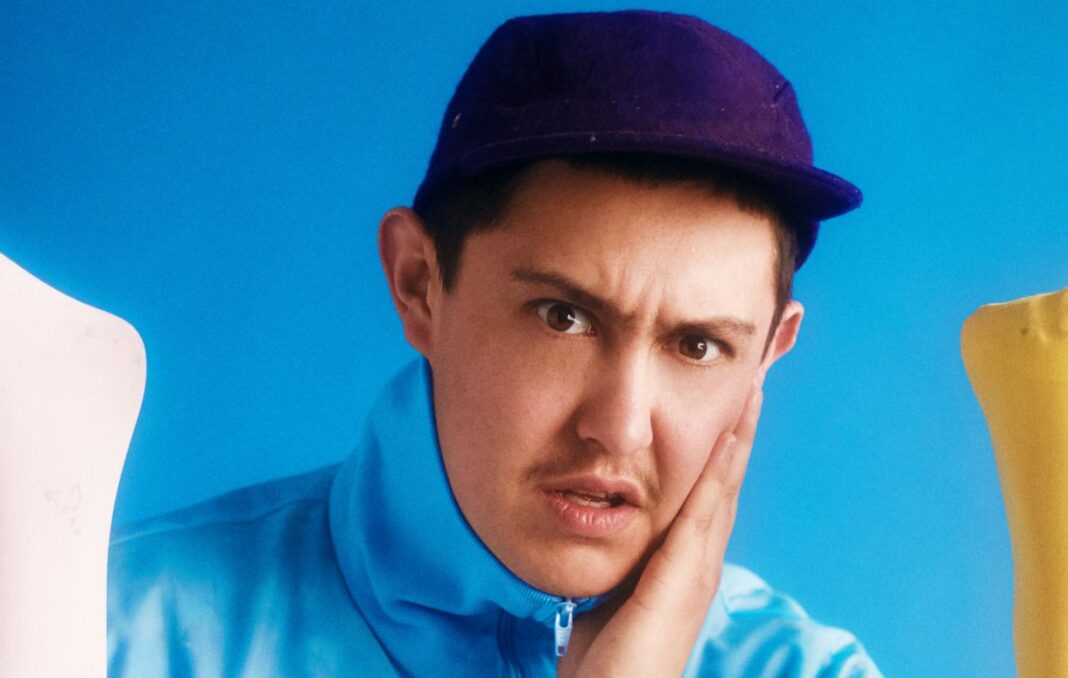 The concept of “genre” has been on life support for what feels like an eternity, and with the release of The Fall of Hobo Johnson, Hobo Johnson and crew are here to pull the plug. Hobo Johnson mastermind Frank Lopes isn’t unlike many of the people reading this — a product of growing up online with the world at their disposal. He was able to surf through seemingly endless catalogs of media without having to deal with the constraints of genre classification and pull inspiration from the works that actually resonated with him. This is something that’s been clear about the project since it was thrust into the spotlight in the first half of last year. 2018 saw the project auditioning for NPR’s Tiny Desk Concert series with a then unreleased song called “Peach Scone,” which has amassed nearly 27 million views between YouTube and Facebook alone.

The manic energy of this performance is still as captivating as it ever was, but what stands out most in retrospect is what a brilliant mission statement this would be for the future of this project. In the middle of this performance, Frank looks to the camera in order to introduce himself, saying, “My name’s Hobo Johnson and I’m a rapper. Actually, I’m not a rapper. I like to say I’m a musician.” At first, it might just seem like a trivial second of pleasantry, but just a little over one year later a similar mindset was carried over into the production of his sophomore album, The Fall of Hobo Johnson, which was released on September 13th via Reprise Records.

This refusal to be pigeonholed is what helped shape The Fall of Hobo Johnson. Speaking with Frank about the diversity of the songs on the record, he said that “With this album, I was focused on making sure that all of the songs sound different.” This is apparent from the first few seconds of the album. Lead single and opening track, “Typical Story,” is a driving and anthemic alternative rock powerhouse that was both unexpected and welcomed. The verses alternate between a smooth delivery and this aggressive, shouty refrain in a way that creates a palpable tension throughout the track’s three minute and eleven-second run-time. This was followed up with the soft and subtle r&b jammer that is “Uglykid.” You can feel the love and warmth that went into writing this song — the disbelief that someone might be interested in a kid who grew up hearing they were ugly or lesser than and the overwhelming rush of emotion that comes with being young and in love.

Songs like the Ryan Lewis-produced “Subaru Crosstrek XV” and “Ode to Justin Bieber” show off a more playful side of Hobo Johnson. Both of these songs give off the same kind of lively and care-free energy of The Eminem Show-era Eminem and the early work of Odd Future, proving that Frank and company are among the few that can seamlessly merry the world’s of acts like Odd Future and The Front Bottoms. When asked about the intention of this sound, Frank said that it was something that just sort of happened naturally. He grew up listening to stuff like Odd Future and early Chance the Rapper releases like “Acidrap,” and feels like that’s what informed a lot of what we hear on the record.

On the more experimental side of things we’ve got songs like the hauntingly cold “Sorry My Dear.” The combination of Frank’s typical speak-sing delivery paired with both a harmonizer and autotune makes for something that feels chillingly artificial, albeit beautiful. I noted that it immediately made me think of Imogen Heap’s “Hide and Seek,” but he was quick to point out that his inspiration for this came from his time spent with Bon Iver’s comeback album, 22, A Million.

Not one to completely abandon the manic energy that initially captivated audiences, Frank was quick to channel that into the incredible “You & the Cockroach.” This track is frenzied in delivery; words are hurled at you at a mile a minute as we’re guided through the evolution of man and the plight of religion. It’s this kind of wild ride that is best compared to the YouTube video, “history of the entire world, I guess.” All signs point to a success for the Hobo Johnson camp. They set out to create a record where none of the songs sounded the same, and they pulled it off. And, they pulled it off so well that this album feels cohesive because of its diversity. When asked if this is something that Frank plans on continuing on doing with Hobo Johnson, he says “Yeah, I’d love to keep expanding on what Hobo Johnson does, but I think it might be easier to do side projects. I’d like to keep some consistency, but we’ll see.”

Recently, we’ve been gifted an homage to the song and video that brought Hobo Johnson to all of us. They’ve released a live music video for the album’s track two, which is always one of the strongest songs on a record, “Mover Awayer.” It’s not nearly as uninhibited, but this combination is the culmination of everything we’ve come to expect from Hobo Johnson thus far. The track marries a healthy dose of all the influences we’ve seen running rampant throughout the record and the video is another backyard performance packed with the kind of palpable love and energy that made us fall in love with the project in the first place. It’ll make your Mondays feel like Fridays.

The Fall of Hobo Johnson was released on September 13th via Reprise Records. You can stream or purchase the album by clicking here. Be sure to catch him on tour with Mom Jeans this Fall. More info on upcoming shows can be found here.