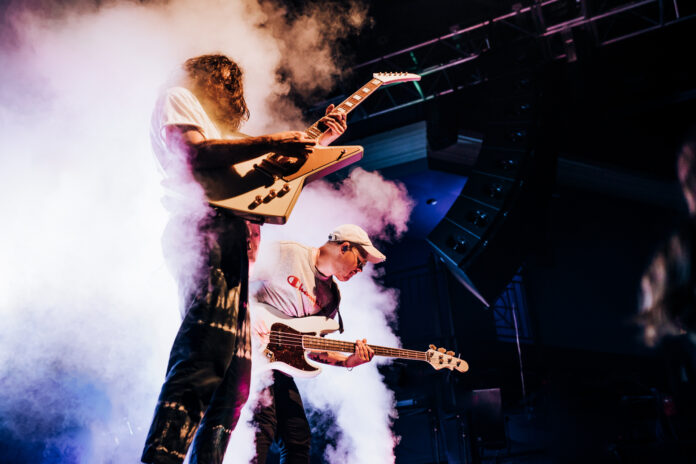 On September 13, The Band CAMINO played a packed show in Washington D.C. on their first headlining tour. This tour follows the release of their debut EP, tryhard, on August 23. The show was lively and colorful, amplified by moody lighting and bursts of fog. At the end of the set, the crowd began a chant, “Daphne Blue! Daphne Blue!” A moment later, Spencer Stewart, plays the opening riff and the venue exploded in excitement. The show was one to be seen (and heard).

Read more about about The Band CAMINO’s tour and recent releases here.