The last time that I sat down to talk to y’all about Hit Like A Girl, I begged you to please overlook a criminally obtuse name for the sake of warm-hearted and full-bodied emo. To those of you that took my advice, consider this a formal “You’re welcome.” I stand behind the opinion that You Make Sense will be remembered as one of the most slept on records of last year — and I’m glad that it hasn’t slowed the band down at all. Nearly a year has passed, and in that time, Nicolle and company have written and recorded another full-length record of material. The follow up to You Make Sense will be released on August 28th on Chatterbot Records and will be called What Makes Love Last?

It’s a question that we all ask ourselves as we wallow in self-pity and the looming thoughts of permanent solitude. It’s waking up with empty space in your bed after growing used to another body to cling to when it gets cold, a feeling that resonates through a delicate and dreamy slice of pop-rock called “Cold To Be Alone.” The track is the first to be shared from the upcoming record and hits the hardest as Nicolle’s vocals swell around the lyrics “Hearing your voice makes me feel like my heart is gonna explode from my chest/Keep clawing at my insides until there is nothing left.” The music video brings the vibe of the song to life by simply showing the band attempting to make a music video during an unrelenting downpour.

Interestingly, these shockingly apt visuals are far from the intended output. The band wanted to create something much more inviting by telling a love story that demonstrates how cold it feels to be alone. Instead, this version of the music video comes from the group’s desire to get the job done and adapt to the hand that they’ve been dealt. They explain, “Originally we came up with a cute love story for the music video for Cold To Be Alone, But we kept having to reschedule due to rain. After the 3rd time trying to reschedule we decided to change the concept to a video about a band trying to make a music video but continuing to get rained out. This video is based on true life events”.

The music video for “Cold To Be Alone” can be seen above. What Makes Love Last? is out August 28th on Chatterbot Records and can be pre-ordered here.

After that, you can find the band on tour with Warrington this Fall to support both the new record and singer Nicolle Maroulis’ non-prophet, No More Dysphoria. Dates for that can be found below. 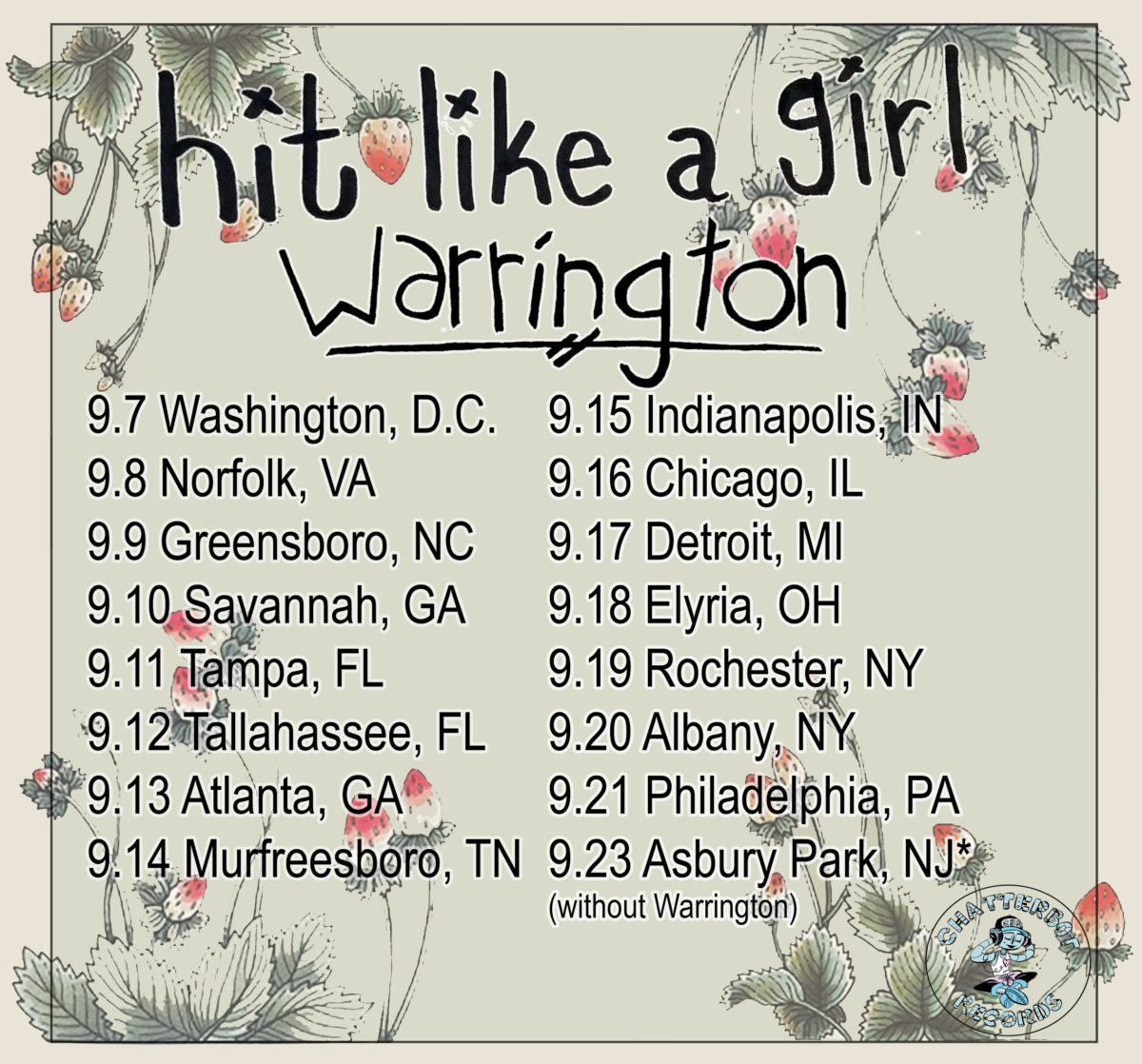