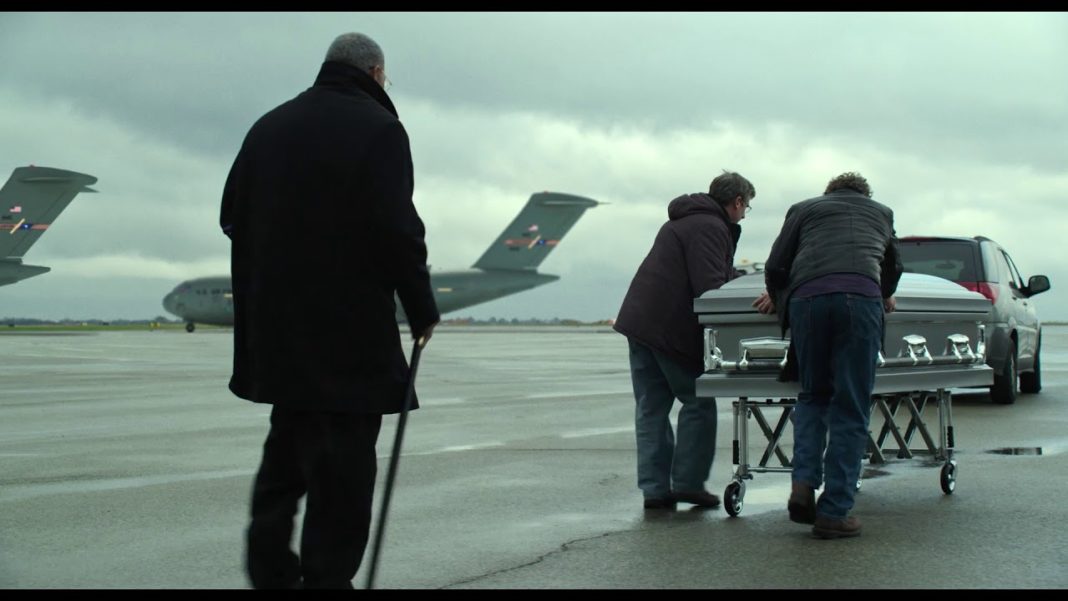 Amazon Studios is not a dumb company. They may not always strike critical or box office gold, but the vast majority of their projects are – at the very least – well produced stories that offer oversaturated viewers something original that rarely involves capes or superpowers. Last Flag Flying is technically a sequel, yet it feels like the kind of movie that can stand on its own, and the first trailer is something you must see.

Directed by Richard Linklater, Last Flag Flying follows former Navy Corps medic Richard “Doc” Shepherd (Steve Carell) as he reunites with ex-Marines Sal (Bryan Cranston) and Mueller (Laurence Fishburne) to bury his son who was recently killed overseas. The Sal and Mueller believe the boy will be buried at Arlington National Cemetary, but Doc decides that fate is not the one meant for his son. What happens next is a tale of love, friendship, and the way time shapes our perspective. You can view the first trailer above.

Last Flag Flying is technically a sequel to Hal Ashby’s 1973 dramatic comedy The Last Detail, which starred Jack Nicholson, Randy Quade, and Otis Young as three young sailors on the loose in North America. The trailer above does not reference Detail whatsoever, but moviegoers familair with the original will pick up on the connection. Both films are based on novels from Darryl Ponicsan, so its pedigree is in order (Ponicsan also collaborated with Linklater on the screenplay).

I have yet to see The Last Detail myself, but I am enamored with the footage made available in this trailer. The pairing of Cranston, Carell, and Fishburne is an enticing one, and based on what we’ve seen the chemistry between them appears to light up the screen. Linklater hasn’t let us down in recent years (though some would argue Boyhood is superior to Everybody Wants Some), so let’s hope the Texas filmmaker’s quality streak continues a bit longer.

In 2003, 30 years after they served together in the Vietnam War, former Navy Corps medic Richard “Doc” Shepherd (Steve Carell) re-unites with ex-Marines Sal (Bryan Cranston) and Mueller (Laurence Fishburne) on a different type of mission: to bury Doc’s son, a young Marine killed in the Iraq War. Doc decides to forgo burial at Arlington Cemetery and, with the help of his old buddies, takes the casket on a bittersweet trip up the East Coast to his home in suburban New Hampshire. Along the way, Doc, Sal and Mueller reminisce and come to terms with shared experiences of the war that continue to shape their lives.

If you’re curious about The Last Detail you can get a taste for the film in the clip below: