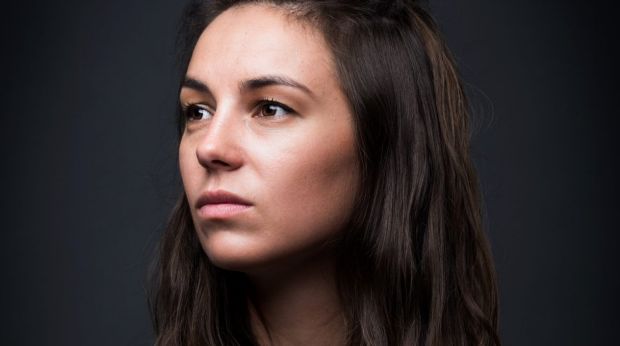 Australian singer-songwriter Amy Shark is running on a hot streak in the pop music scene, turning everyone’s heads in her direction. With a dark and dreamy EP, Night Thinker, released in April 2017 via RCA Records, Shark made a splash with her soulful and swaying beats. While you may have seen her opening for Bleachers and Vance Joy in 2017, she’ll embark on a headlining North American tour starting February 20 at the Troubadour in Los Angeles and ending on March 14 at Brighton Music Hall in Boston. Shark recently took the time to sit down with us and discuss how women are changing the music industry, her writing process and even gave us a sneak peek at her upcoming full-length album!

It’s interesting how you were originally having a hard time breaking into the industry, because you were told if you wanted to be a hit artist you had to alternate your personality by writing and sounding a certain way. How do you personally feel about these standards set for women in the music industry?

AMY SHARK: When I had my first taste of talking to industry people like labels and stuff, I think I was about 20 or so. I had some songs that I had written, which gained some attention, and I was very proud of them. Since they gained attention that meant that they liked them, but still they were like, “Maybe just try to get to a chorus quicker and maybe do this and do that.” And I did. That’s what you do when you are 20 and want to get somewhere and be a musician full time. Everything I created from there was just rubbish and it was borderline embarrassing. I wasn’t enjoying the shows or the songs. I was even like, “These aren’t my songs.” It didn’t sit well with me. For as long as I can remember, being a female and being in shows and in a recording studio, everyone feels like you need to be revised and to show you how to be. I know exactly what I want. Even now I am so confident in the studio and on stage and it is so frustrating when people feel like they need to give you advice on what to do. It is a constant battle, but I have surrounded myself with amazing people. Like, my manager is female and every guy that I work with is so amazing. It is about weeding out the d*cks and keep around the people that believe in you and trust you.

One thing I love about creative outlets is that they are the best way to excavate the subconscious without thinking too hard. Do you ever surprise yourself with what comes to the surface with each writing session?

Definitely. It sounds really stupid, but some days I am like, “Wow. That is so good!” [Laughs.] You get so proud of yourself. Some days more than others it just isn’t there, and if I pick up that it isn’t there, I’ll just stop and chill out since it isn’t meant to be. When I’m on, I’m on and it can happen really quickly. It’s really awesome, because I don’t even know what I’m going to be writing about and then the words come out and it is like, “Oh that is something I have been thinking about, whether I am upset or happy.’ It’s just a great therapeutic exercise.

Music changes consistently. It has never stayed the same within any genre and each one has its own metamorphosis. Since your start, how have you evolved alongside the pop genre?

It’s a balance. One of my songs sometimes will come out sounding a bit intense or it can be a bit much, so I’ll hold it back or I’ll try to tweak it so it doesn’t come off so intense. Like, my song “Weekends,” I talk about sleeping pills and codeine and I thought it was a bit much, but after a while, I realized I really liked the line so I kept it in, because that’s exactly what the story is. People are more appreciative of the honesty. The more I edit the more there is less of me in my own songs. Lorde was the first person who started to change pop and it isn’t just glitz and glamour anymore.

I love the stage name of Shark. Those animals are symbols of drive for success as well as a triumphant hunt. How does this play off of you?

It started as a simple as me loving sharks. I own every documentary and every book on sharks, and my whole house shuts up during shark week. My favorite movie is Jaws. and I’ve always had a fascination with them beyond anyone else I know. When I started doing music originally, I gave myself the name so no one would be tempted to find me, or my family. It was also because my music gets so dark. I wanted to emotionally detach myself from my family with my own issues.

It was a combination of Amy and a monster, so I really liked it. It’s exactly how you described it though with the whole survival strategy and my existence in the industry. I feel like now it just isn’t about my love for the animal anymore.

We heard you have a new record brewing. What can you tell us about it?

So the album is going to be maybe about 10 steps up from the EP. The EP was just a taste test to see if people actually like my shit. Now, I know I can connect with people, [and] this album is going to be next level. I’m really proud of it already, and I could wrap it today if I wanted to. I’m so confident with it that I’m still writing and prepping to get it out, because I want it out in the world already! [Laughs.] I’m just so excited about giving people a full length!