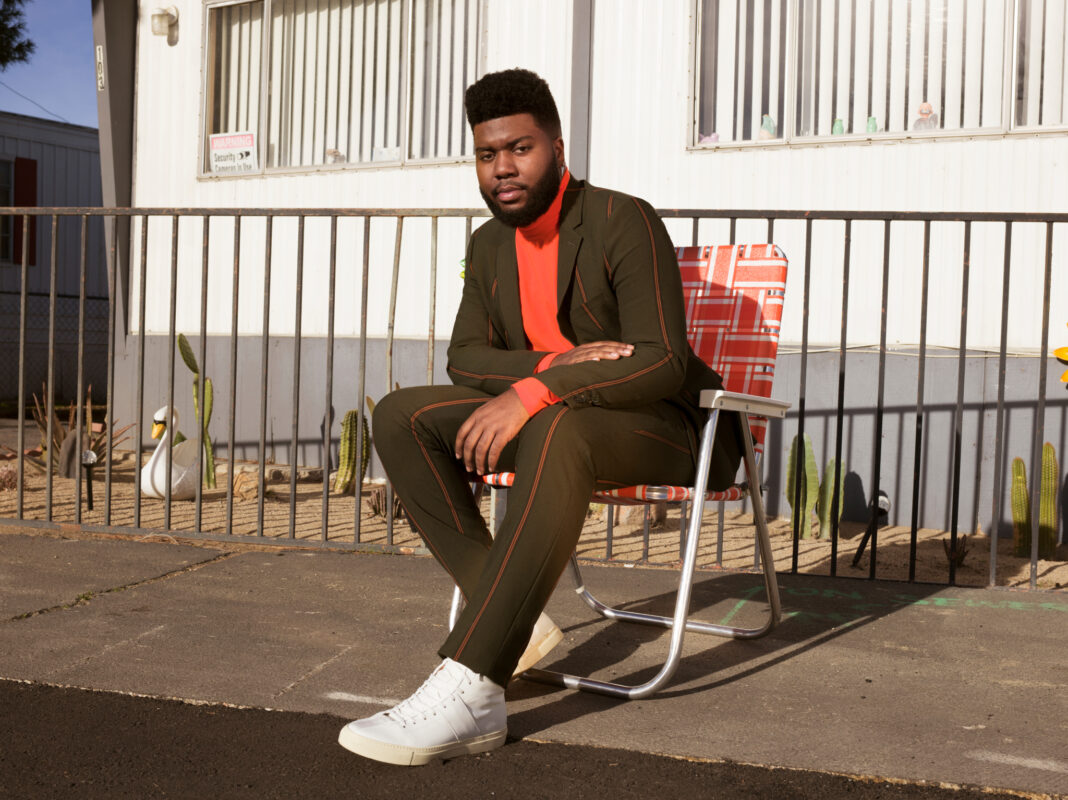 It’s time for another Take 5 intro where I hype up some of our contributors! These are some of my favorite intros, because the writers we have are some of the best there are. This week I’ll focus on some of our newer contributors so you can discover even more amazing writing to read during your week. Kaycee Fry can write a stellar album review, like this one for PUP’s new album Morbid Stuff. Valerie Magan has been writing a little bit of everything for us, but this American Football review is required reading. Brad LaPlante has similarly been knocking out news stories and interviews, and his talk with C Duncan is incredible. I would list everyone here if I could, but I will say every one of our writers brings something incredible to the table. Keep an eye on these folks going forward. In the meantime, let’s boogie with a new Take 5.

There’s been no sophomore slump with Khalid. His second album Free Spirit is a strong follow-up to debut American Teen. Khalid needs no help in delivering a delightful track with his fun, infectious crooning. When he does have a guest though, the result is often magic. Case in point, “Outta My Head” is one of the album’s stand out tracks, thanks in part to the help of one John Mayer. Khalid handles all of the lyrical duties here, singing about a lovely crush running circles in his mind. His vocal improvisations are funky enough on their own, but the instrumental takes it to the next level. Mayer is entirely on guitar duty here, and you don’t need me to tell you he can lay down grooves better than anyone. He gets a mini-solo to shout out a bit, and his hook is incredible. It might be an unlikely union, but Khalid and John Mayer work wonders together.

Self-improvement and self-esteem aren’t easy, and sometimes you need a little added motivation. Nothing major, just a little nudge in the right direction. This week, *repeat repeat have what you need with their single “Head On.” The track starts with Jared Corder feeling down, but that doesn’t last long. As the title implies, he decides to make a change and tackle his problems directly. “Head On” is all about dispensing with any excuses or pretenses and working on what’s wrong with no added bullshit, and it’s an effective message. The keys from Kristyn Corder are strong as always, and the fuzzy guitars and driving tempo are the perfect pairing for the determination on display. If you’re in the market for some motivation, “Head On” is the song for you.

It’s finally cracked 60 degrees here in the Midwest, which means it’s basically summer now. Swedish producer and artist OLSSON clearly got the message, as he’s delivering the summer vibes on new single “Some Summertime.” The track is smooth and cool, with a clean layer of synths swirling around one another. OLSSON sings about partying the night away and generally enjoying the good times the summer brings. While it sounds shiny and bright, there is a layer of darkness in the lyrics. His lyrics are couched in a reckless abandon, and fellow Swedish singer GRANT’s verse revolves around living fast and makes several allusions to Romeo & Juliet, reinforcing the theme even more. The duality in the sounds and the lyrics of “Some Summertime” make for a more intriguing listen than many summer bangers, but still brings the catchy music you want in your summer playlist. OLSSON and GRANT have delivered a summer banger that makes you think, too.

If dreamy is what you’re looking for in your music, have I got a track for you. BETWEEN FRIENDS released their debut “playlist” we just need some time together on Friday, and closing track “blushing!” will carry you away into a soothing headspace. The synths are relaxed and captivating, the beat is deliberate and thoughtful, and the mixing balances the two in a way that brings out the best attributes of both when they’re needed. The lyrics carry the sheepish joy, affection, and comfort that the act of blushing signifies, and it’s incredibly endearing to listen to the group work their way through their feelings. BETWEEN FRIENDS’s brand of dream pop certainly lives up the genre’s name, and “blushing!” is one of their strongest efforts yet.

You might want to grab some tissues for this one. Sara Bareilles spends all of her new album Amidst the Chaos pulling on listeners’ heart strings, but album closer “A Safe Place To Land” takes it to an entirely different level. Bareilles reunites with John Legend (the two worked together on NBC’s Jesus Christ Superstar Live in Concert) for this powerful ballad, and the results are spectacular. The piano and strings are understated, letting the two voices take center stage. Finding and trusting in love during the hardest times in our lives is the message here, and the love and comfort in their voices is powerful. Bareilles and Legend are both technically powerful performers, but it’s the emotion they bring to their singing that really sets them apart. When you put the two of them together and let them play off of each other, you’re going to have something special. “A Safe Place To Land” is a beautiful example of this.