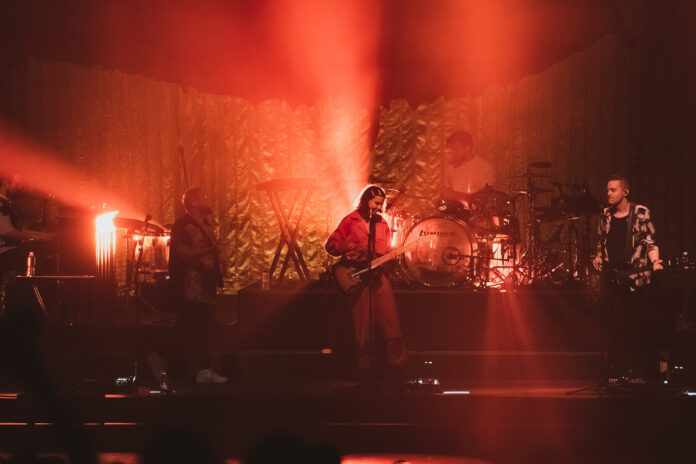 Today, the multi-platinum quintet Of Monsters and Men have returned with a brand-new single called, “Visitor.” In early-2021, the band will be releasing a body of work celebrating their tenth anniversary, and “Visitor” is the first taste from that release.

Regarding “Visitor,” co-lead vocalist and guitarist Nanna Bryndís Hilmarsdóttir commented, “‘Visitor’ is a song about disconnection and being on the fringe of change, seeing everything you once knew disappear, and finding yourself in the role of the visitor. It was written and recorded when the world was a completely different place, but the post-apocalyptic world of the video seems fitting. We shot the music video for it in Iceland in the freezing cold of February right before the pandemic hit. We are so very excited to finally share this song with you. Much love.

In the video, the stunning landscape of the band’s home country takes center stage as it was shot in Iceland by local director Thora Hilmars. The video see’s the band performing in an icy airplane hanger as Nanna and the band perform to daybreak while the song’s emotionally charged hooks talk about life in transition.