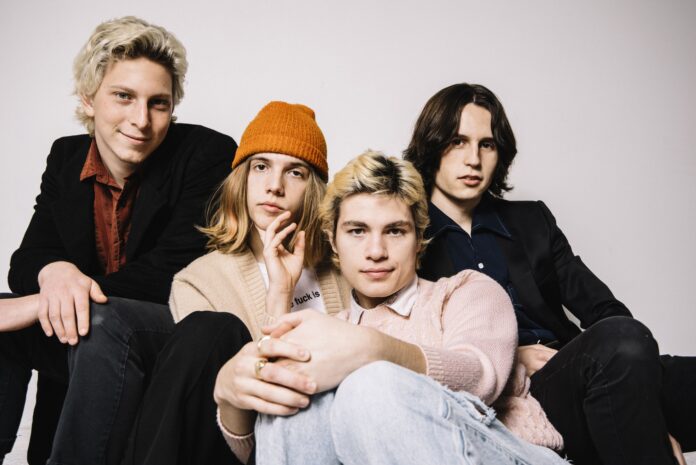 Since forming in November of 2018, Greer have moved forward with their music career with incredible momentum. The band originally came together for a one-off gig at a high school homecoming dance, and a month later officially played their first show at Los Angeles’ DIY venue The Smell.

Through pristine songwriting and unguarded sincerity, Greer have gone on to amass an outstanding internet presence that includes 10 million global streams. Earlier this year, the band signed to Epitaph Records and announced they would be hitting the studio in early-February with producer Rob Schnapf (Elliot Smith, Beck, Guided by Voices).

Now, the Southern-California alternative-rock group have released a brand new new track, “Aeroplane,” which is a tender reflection on longing and regret.

Later this year, Greer is planning on embarking on their first ever headlining tour. Though it was scheduled to initially kick off next month, due to the current COVID-19 pandemic, the tour has been rescheduled — the first leg will take place this November, with the second leg set to take place next Spring.

Check out all of their tour dates below. More information on tickets can be found here.