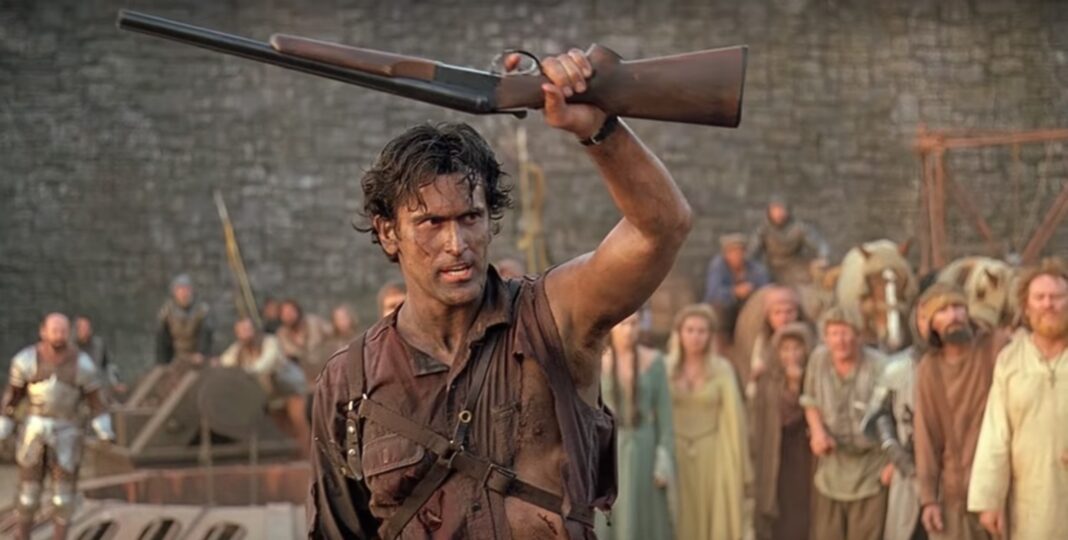 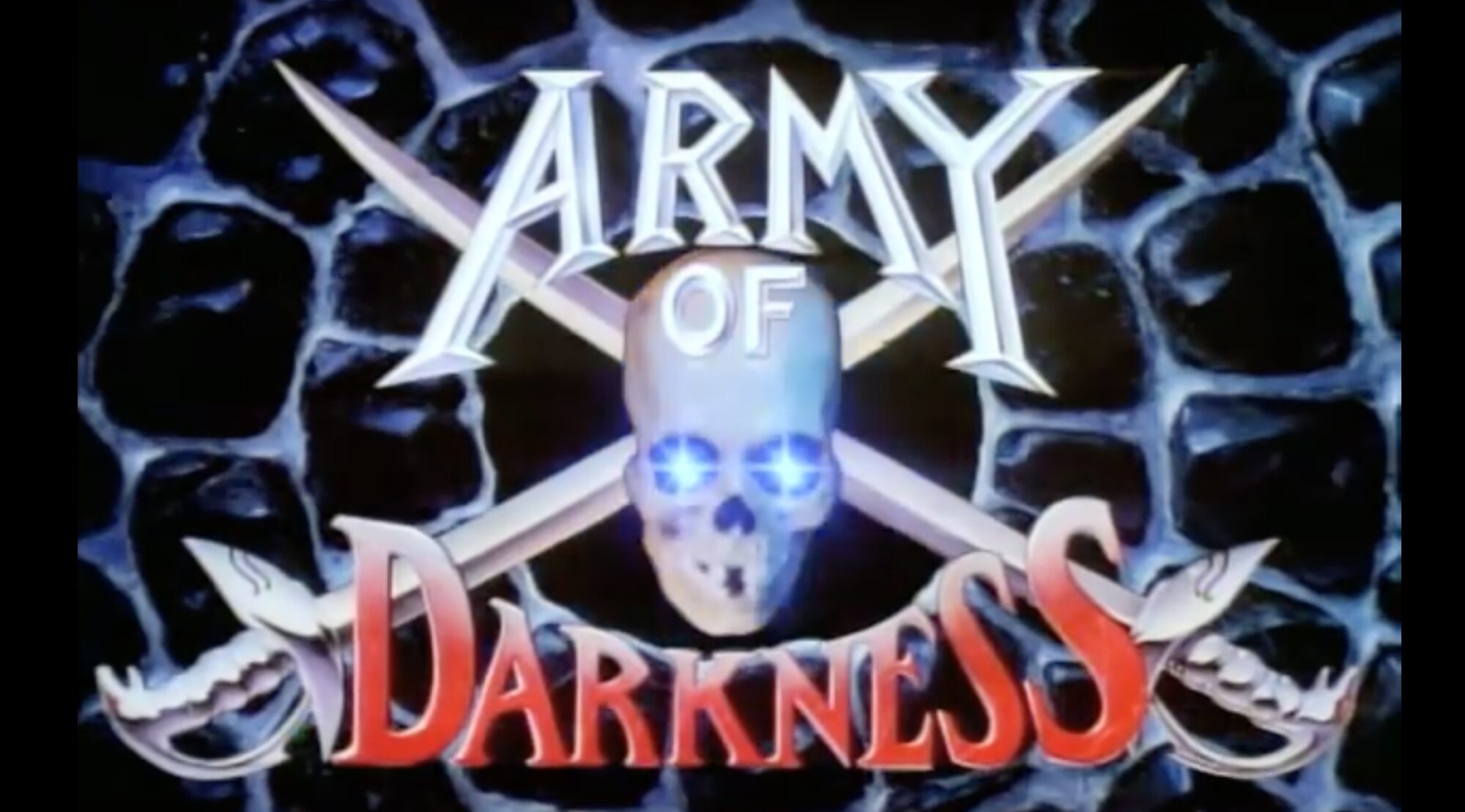 The original Evil Dead franchise has an incredibly fascinating history. There’s The Evil Dead, the first film from 1981 that creator/writer/director Sam Raimi made for a paltry budget and largely played the horror straight. Following its ascent as a cult classic, sequel Evil Dead 2 arrived in 1987 and began to showcase more of leading man Bruce Campbell’s charm and comedic chops as main character Ash Williams. After that, things got weird. I like when things get weird. What follows is the delightfully whacky 1992 sequel Army of Darkness.

The movie picks up immediately from where Evil Dead 2 leaves off (spoilers ahead, obviously). Ash–chainsaw hand, gun, and all–finds himself transported back to medieval Europe circa 1300 AD. While he’s quickly taken prisoner by men led by Lord Arthur (Marcus Gilbert), he subsequently earns their admiration when he shows a knack for taking out the Deadites, the evil demons at the center of the trilogy that plague this new time period as well. He strikes a deal with Arthur to retrieve the Necronomicon Ex-Mortis, which will allow him to return to his own time and help the soldiers defeat this evil. Of course it doesn’t go smoothly, with new love interest Sheila (Embeth Davidtz) getting involved and an evil version of Ash raising the titular army to stop him. 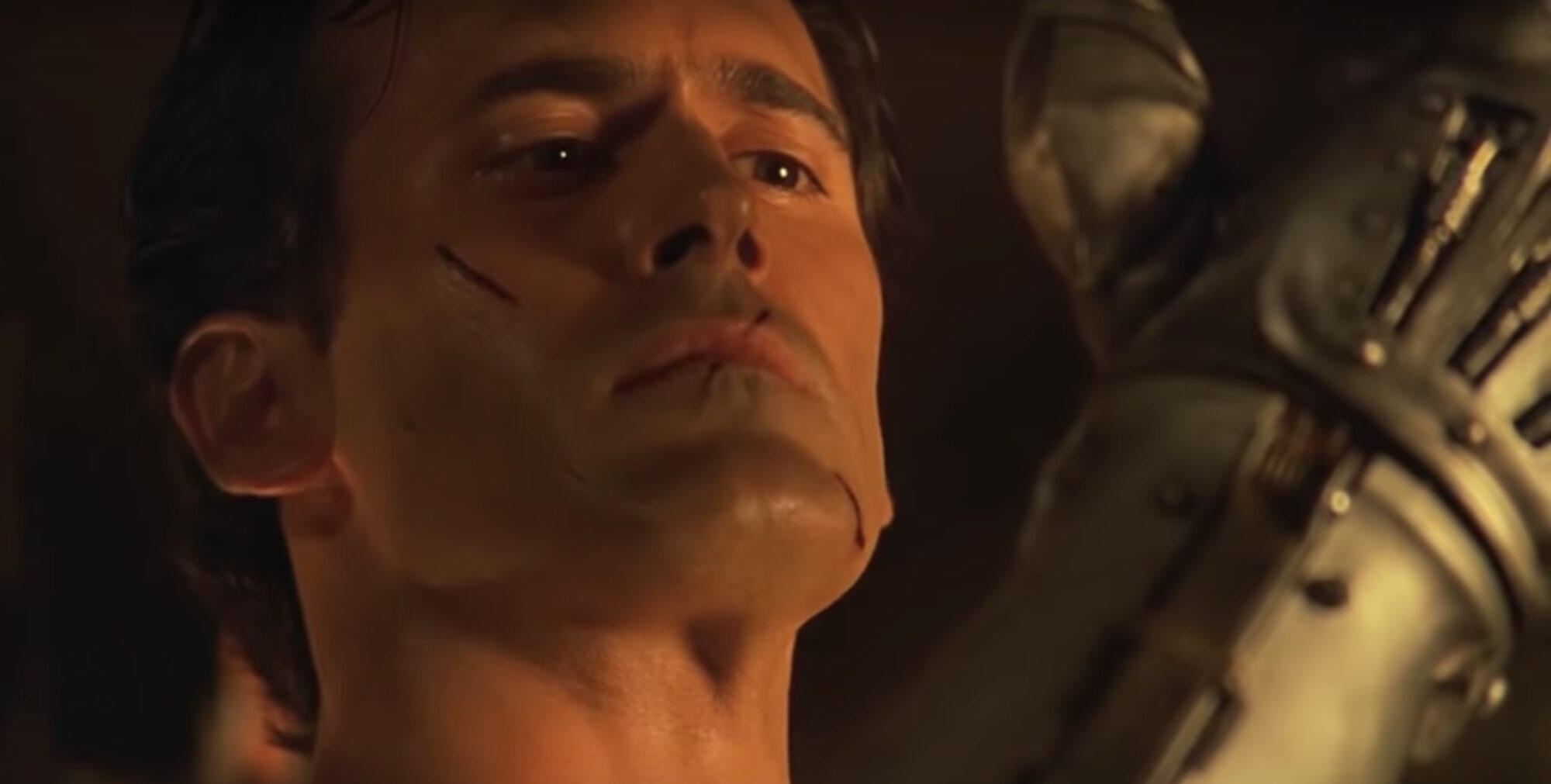 If this sounds pretty out there to you, that’s because it is. Army of Darkness is a weird movie. There are some nods and winks that they’re poking fun at the medieval setting, but the plot is largely played straight. While Ash is largely in this for himself, we are meant to care about the people in the castle as the Army of Darkness approaches. Even the army themselves are presented as a real threat, even if many of the individual members meet hilarious ends (they’re reanimated skeletons, for reference).

Much of the humor comes from Campbell’s commitment to the bit. By Army of Darkness, he has completely grown into the character of Ash. His deadpan delivery, stubborn nature, sometimes clueless nature (explaining the makings of a gun to a crowd of confused peasants is a scene that always makes me laugh), and willingness to be the butt of slapstick comedy drives the movie. There’s a reason many of the gags and catchphrases (“groovy,” “this is my boom stick,” “hail to the king, baby”) here have turned into cultural markers and memes over the years. Yes, they’re funny on their own, but Campbell’s performance elevates them entirely.

Everyone buying in is key, as the movie cycles through so many hats and genres. This is still a horror movie, and the actors convincingly sell the scares. The humor I’ve already talked about, and everyone takes things seriously as the movie turns into an action film in its last act. There’s a lot to juggle here, and that Raimi and company are able to do so effectively is a huge credit to them. Raimi especially deserves recognition for sticking to what he envisioned for the franchise and seeing it through, no matter where it ended up taking him. 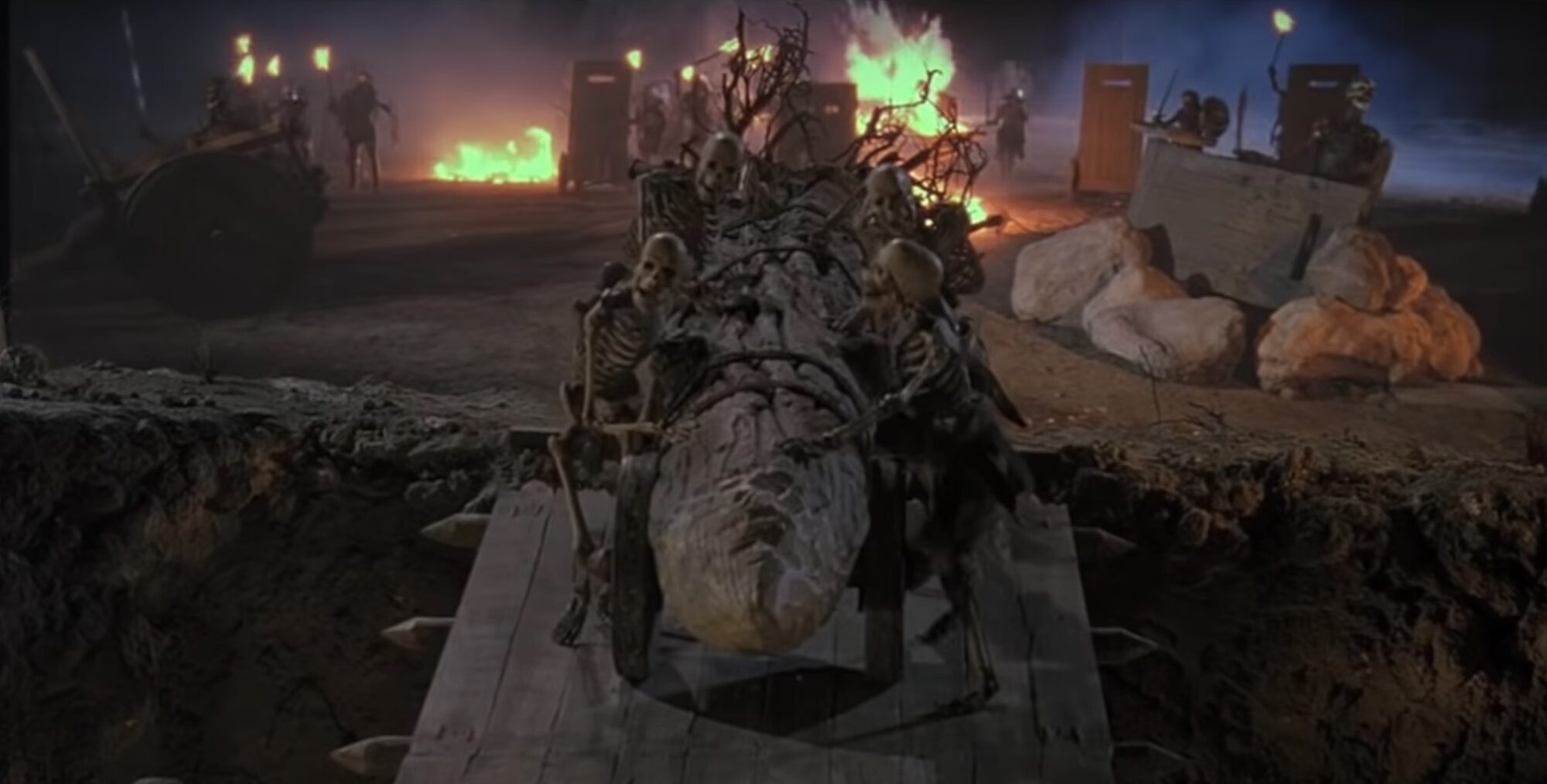 Evil Dead is known for its effects work, and the effects in Army of Darkness are… mixed. The design of the more ghoulish Deadites is still admirably gross and creepy. The scene featuring the birth of Evil Ash is unsettling largely due to the effects that go into it, and Evil Ash’s rotting appearance is incredibly well done. It’s some of the bigger effects where things start to falter. The green screens stick out vividly, and a lot of the work with the skeletons in the army looks a lot like a bunch of action figures and models getting tossed around. That said, I personally feel these “bad” effects add to the overall charm of Army of Darkness.

Army of Darkness is like no horror movie you’ve ever seen. It’s a horror movie in spots, a slapstick comedy in others, and a swashbuckling action film. It features performances from actors who are in on the joke but more than willing to take it seriously, and it combines good and bad effects into a visual treat. I’m not lying to you when I say Army of Darkness is weird. But like I said earlier, I like weird.