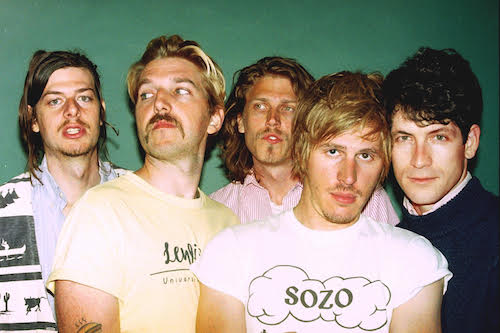 LA-based soul-meets-surf-rock quintet Spooky Mansion has released a music video for “Real Jerk,” the first single off of their upcoming EP. The animated music video, directed by French artist Bleu Garou, follows the band’s 2018 debut LP, “Alright.” The video features the lyrics of the song in a unique way, putting them in speech bubbles coming out of the animated band members’ mouths. Although the visuals aren’t over the top, it’s simple and relaxing, fitting perfectly with the overall mood of the song. Garou’s low-key animation paired with  Spooky Mansion’s surf-rock sound is simply perfect.

Check out the premiere of the video below, and be sure to stream “Real Jerk” on all major platforms. Also keep an eye out for the band’s debut EP, “That’s Me!”, out October 29th on Level via Warner Music Group.