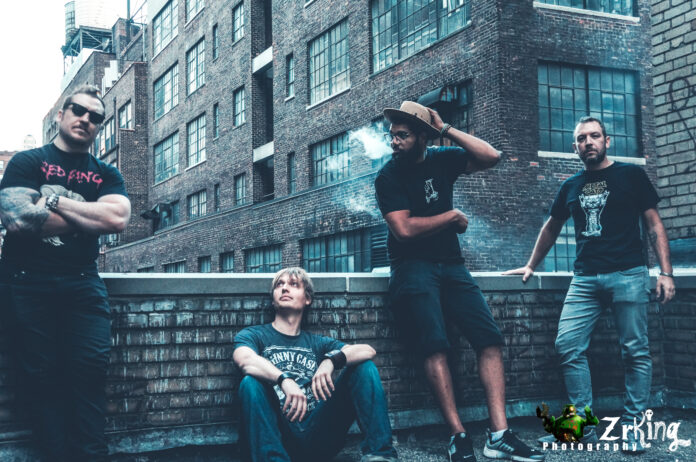 New York City Alternative Rock Band Zr. King (Zoctor King) are ready to continue climbing the top of the charts with their second single release off the new project perfect for the upcoming summertime vibe, titled, “Don’t Call Me on Saturday”. The new single is the latest addition to the band’s new campaign in support of the upcoming project.

Catchy, fun, and a great introduction for newfound fans, the new single ends a brief hiatus for the band who have been cooking up a fresh stew of new music over the past year. An explosive sonic collision of raucous swagger and anthemic hooks, “Don’t Call Me on Saturday” is a diverse mix of their classic progenitors (Led Zeppelin, The Who), beloved mid-nineties mammoths (Alice In Chains, Soundgarden) and contemporary rock monsters (Muse, Queens of the Stone Age).

Zr.King’s Brandon Lotti on the making of the new single.

“Don’t Call Me on Saturday aims to be the undisputed summer party anthem of 2019. It’s got everything needed for a rad time, including Walken-approved cowbell, some backwards snare drum, and a sweet Hammond organ section before a searing guitar solo. Imagine the greatest party ever: fireworks, high heels, secret entrance-ways, overflowing drinks, kittens, zero cell phone signal. Now think of it at a March 20 ass-shaking tempo, with Godzilla playing bass. If you show up, bring tacos. ”

Unfamiliar with Zr. King? The group was formed in 2012 by brothers Brandon and Griffin Lotti. While known for their immaculate stage presence, the band delivers a sound built on high energy, guitar-driven aggressive power rock, and catchy song structure. With a unique style, the band has become local celebrities with support for regional radio. For everything Zr. King, follow the rising rock band on Twitter, Instagram, and Facebook.

“Don’t Call Me on Saturday” is slated to appear on Zr. King’s forthcoming project, Musically & Morally Bankrupt. The follow up to the group’s previous debut effort, A Potentially Lethal Game of Chance (2014) is scheduled for a May 17 release via Blastcap Records.

Zr. King will be hosting a release show May 16 at Arlene’s Grocery.

Premiere “Don’t Call Me on Saturday” by Zr. King below, courtesy of Soundcloud.