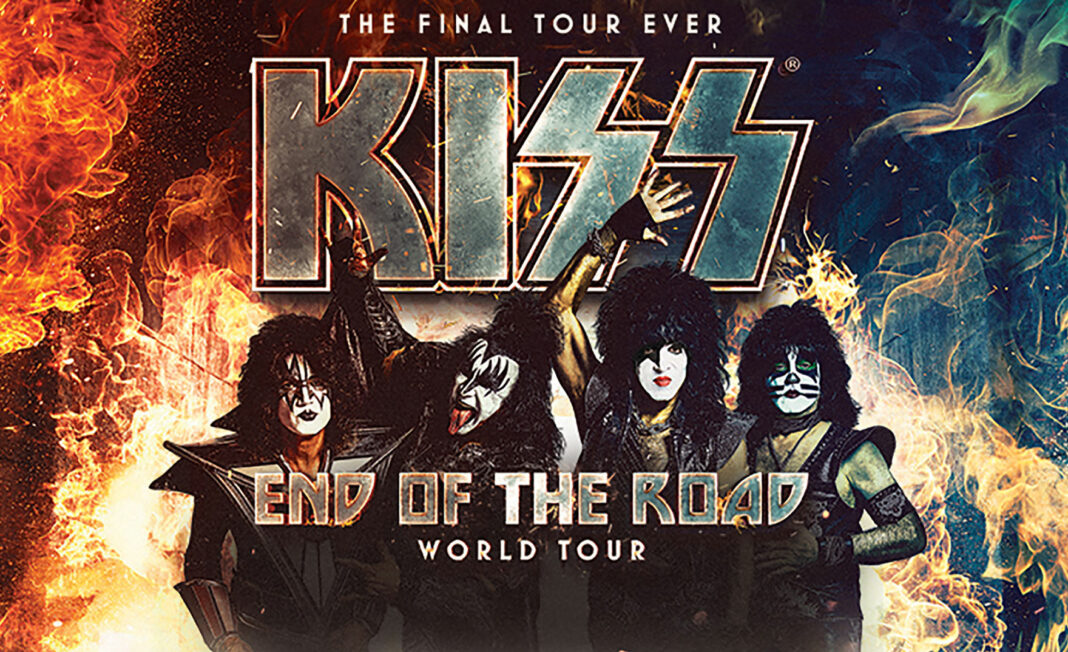 “You wanted the best, you got the best.”

The legacy of Kiss is one of style over substance where songs serve to sell the live show and live shows exist to sell the merchandise. The band has had numerous top 10 singles during their forty-five-year run in rock music, but in many ways, they have always been considered outcasts. Blame it on the makeup they wear or the fact they only take themselves as seriously as the need to at any point, but rock diehard at large have always looked down on the group as something existing just outside the realm what is considered cool.

What those so-called rock purists don’t realize is that being outside what is considered cool is exactly where bands should want to exist.

Rock and roll has always been the sound of outsiders. Though it was stolen from its creators and repackaged for mass marketability, the heart and soul of rock has remained the same since its inception. Kiss has always represented the original intention of the genre. Remove the clothes and makeup and nonstop pyrotechnics that accompanies every performance and you have a band writing songs for the working class that are grounded in everyday reality. They sing to inspire as much as they do to entertain, and their final tour is an extension of that idea in every way.

On March 13, The Final Tour Ever rolled into Detroit (Rock City) with everything fans have come to expect from Kiss, including fire, explosions, blood-spitting, and a collection of rock anthems built for maximum pleasure. The show featured nearly two hours of music spanning the group’s entire career, and every so often frontman Paul Stanley would stop the performance just long enough to shed some light on the band’s history.

“Detroit Rock City,” Stanley shouted early on. “We’ve been coming here since 1974, and you’ve always been great to us. From The Filmore to Pine Knob, Joe Louis Arena, Cobo Hall, and now Little Caesars Arena, Detroit has always shown love to Kiss. We want you to know we love you too, and we hope you came prepared to rock because we have a lot of songs for you!”

A number of important bands and musicians from the 1970s have embarked on farewell tours in recent years. Most of these outings serve as prolonged funerals hoping to capture a time long since past through a collection of greatest hits played to people willing to pay top dollar for one last glance at the talent that soundtracked their personal development. There is nothing wrong with that approach, but Kiss has found a way to subvert expectation with The Final Tour Ever by largely ignoring the elephant in the room. Everyone knew that night in Detroit was goodbye, so the band never brought it up. Instead, they did what they did best, and delivered the most thrilling concert experience 2019.

The Final Tour Ever is everything a concert should be and somehow more. From the music to the production, fan engagement, and a distinct sense of timelessness, Kiss’ farewell delivers memories fans and newcomers alike will never forget.