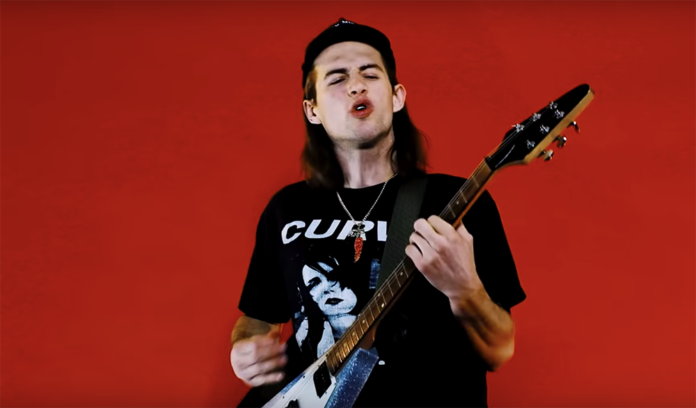 The new track is accompanied by a music video. Directed by Eric Bishop, the video follows lead singer Eric Egan through a hospital and later into an eloquent performance of the song. “Fake Blood” will be huge among fans, both old and new. New fans will like the track if they enjoy fellow alt-bands SWMRS, FIDLAR, and even Weezer.

Heart Attack Man is well-known in the alt/indie music community for their sly (and mostly genius) marketing campaigns. The duo was in the news during much of February as their orange beanie went up on eBay for over $90,000, yet they declined to sell it. Fellow Substream contributor James Shotwell even published an article on Haulix’s website: What Artists Can Learn From The Marketing Genius Of Heart Attack Man.

Check out Heart Attack’s new single “Fake Blood” down below and be sure to pre-order the new album here.

The band will head out on tour with Seaway and Young Culture this spring. The run will kick off in Rochester, New York on April 18th and make stops in cities like Brooklyn, Virginia Beach, Nashville, Chicago, Grand Rapids, and Indianapolis before signing off in Toledo, Ohio at Frankie’s on May 10. A full list of dates is available below.