I’ve always balked at the characterization that pop music is vapid or empty. Sure, you have songs that are solely about partying, but every genre in the world has songs along those same lines. Pop has just as much capacity as any other genre in the world at exploring deep issues, whether they be personal or societal. When you start listening to 15-year-old Au/Ra’s singles, what grabs you immediately is the music, the haunting electronic ambiance of recent single “Panic Room” or the melancholy softness of “Outsiders” acoustic rendition. Listen closer, and you’ll hear a girl exploring her own anxiety in a way that’s smart and thoughtful. The mixture of those two aspects makes Au/Ra one of the most promising young pop artists in recent years.

When I speak with Au/Ra, she’s bright and happy, despite the temperature nearing 20 below in the German village she’s currently staying in. For someone who calls Antigua (temperature as of writing: 81ºF) home, that’s damn cold. Au/Ra is riding high, though. For good reason too, as “Panic Room” has struck a chord with her fans. “It’s only been out for a week now and it already has over 100 thousand views,” she says, noting that’s the fastest any of her projects has ever hit that benchmark. She’s also glad that fans have connected with the message of the song and video, despite the darkness of the concept. It’s not hard to see why, as Au/Ra captures the sensation of anxiety better than most in “Panic Room.” At the same time, she does have a point about the darkness in the video, as she’s holding a human heart in her hands as people flee in terror. Nevertheless, people are into it. “To have so many people react positively, and hearing people say they can relate to it so much and it’s really helpful because that’s exactly how they feel is super cool and reminds me why I’m doing this,” she explains.

The idea for the “Panic Room” video came about almost concurrently with the song itself, according to Au/Ra. Both came from a deeply personal place. Au/Ra says “I work in a team with a co-writer and a producer, but for ‘Panic Room’ specifically I wrote almost all the lyrics because I felt extremely inspired to talk about it.” While she normally works with her team to refine a general idea into a specific concept, the “Panic Room” video was a concept she had from the very beginning of the songwriting process, as evidenced by footage from the video being used to promote the single when it first came out. Au/Ra also notes with a laugh that she likes when she has an idea from the beginning, as it streamlines the entire process. “That’s the first time I’ve gotten to do that and really be part of the video making process and I’m so happy the director [Granz Henman] saw my vision in the same way,” she says about the journey. With a couple videos under her belt (“Outsiders” also received a video), Au/Ra hopes that the added experience will result in a visual of some sort for all of her upcoming singles, even if it’s not a full music video. Au/Ra also puts a lot of thought into the single artwork, which is created by prominent anime illustrator (Au/Ra is a big anime fan) minmonsta, whom Au/Ra connected with on Instagram.

When it comes to talking about and dealing with mental illness, we’re as advanced as we’ve ever been in 2018. That doesn’t mean there isn’t still a stigma, though. That’s especially true with teenagers, as Au/Ra agrees that too often kids of that age have issues dismissed as just “going through a phase.” She says, “That’s when issues especially get to you the most, when you’re in high school … for most people that’s the toughest point in their life when you’re just growing up and becoming a young adult and figuring things out.” She further elaborates that the changes you grow through as a teenager are hard to begin with, and combined with mental illness can be completely overwhelming, a fact that too many forget as they grow into adulthood.

In dealing with her own emotions, Au/Ra believes in embracing the full range of natural emotions, from happy all the way down the line to sad. She’s stated on her Twitter feed that she loves sad music. When asked about it, she explains “In general, if I’m super sad and not in the mood for anything, sad music really helps me. I personally don’t like pushing away when I feel sad.” She says that having a solid cry (alone. Au/Ra hates crying in front of others) and letting her emotions out is better than letting those negative emotions build, and her love of sad music also translates into some of the darker soundscapes of her own music.

Au/Ra also recently wrapped her very first tour, serving as an opener for Lewis Capaldi. For Au/Ra, it was both fun and a definite learning experience at the same time. “It was a huge blur, but a super cool experience,” she says. “I learned a lot, it was the first time I did so many gigs in a row.” One of the biggest lessons for Au/Ra was the need to take care of her body on the road. Touring and performing take a massive amount of energy, and Au/Ra explains that eating healthy on the road can be a challenge, with tons of unhealthy airport options staring artists in the face. Despite the ease of getting junk food, Au/Ra says that eating well on tour is the key to not wearing out and getting sick. She’s also gotten better at handling the crowds of a show. As an opener the fans aren’t always expressly there to see, and Au/Ra at first worried what their reaction might be. As the tour went on, she explains “I learned that no matter what crowd, no matter what they’re thinking, I was gonna do my best and do the same performance, and have fun.” Now that she has a feel for touring, Au/Ra is eager to get back out onto the road, including coming to the United States, where she has never a done a string of shows in a row before.

Through it all, Au/Ra reveals that there has yet to be one moment where everything has sunk in. “It only really, really hit me when I signed to a record label [Columbia Records], I was like ‘wait, people actually believe in me?’” she says with a laugh. While she says of course her parents and friends have always supported her and known she could make it, having strangers see that same talent was special for her. While she has supreme confidence in her music now, starting out Au/Ra wasn’t as sure, so that outside validation has been huge in building that confidence in each and every single performance.

Au/Ra is by no means done yet, either. She reveals in 2018 she would love to do more touring, including possible headlining shows and the aforementioned shows in the US. At 15, she has years of music dominance ahead of her. Combine that with a relatable online presence, wisdom beyond her years when it comes to writing about her own struggles and issues like mental health, and a fierce work ethic, and you have a musician who is ready to take the leap. Au/Ra is a voice of pop music’s bright future, and you should expect to hear that voice for a long time to come. 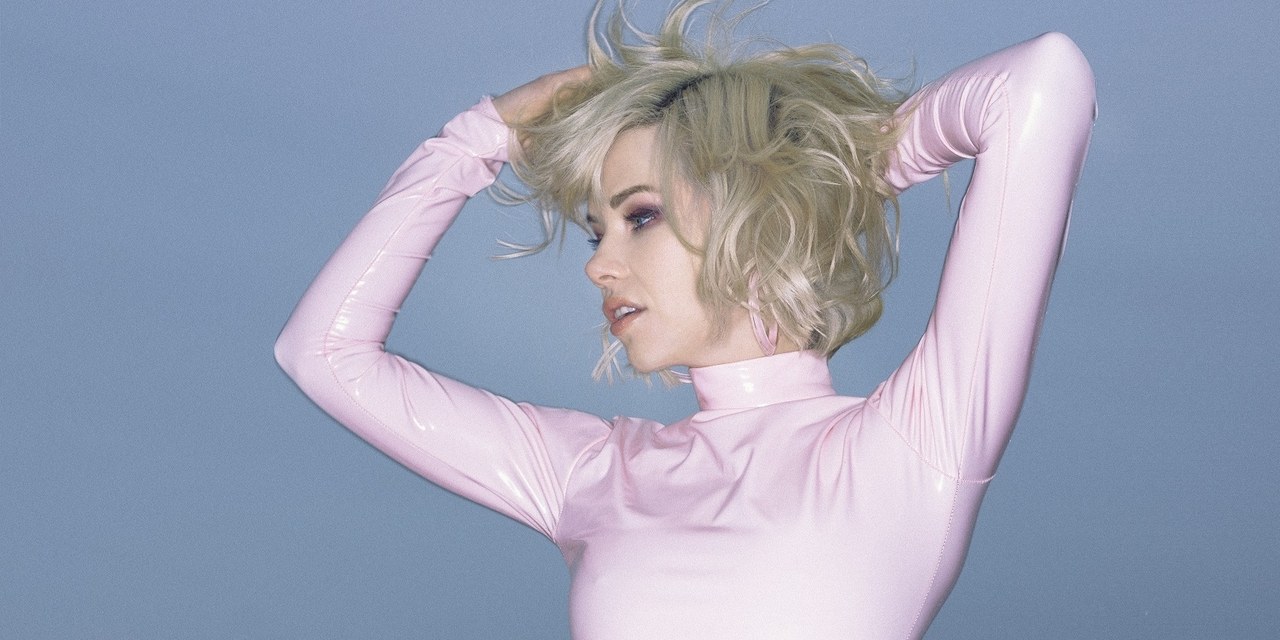 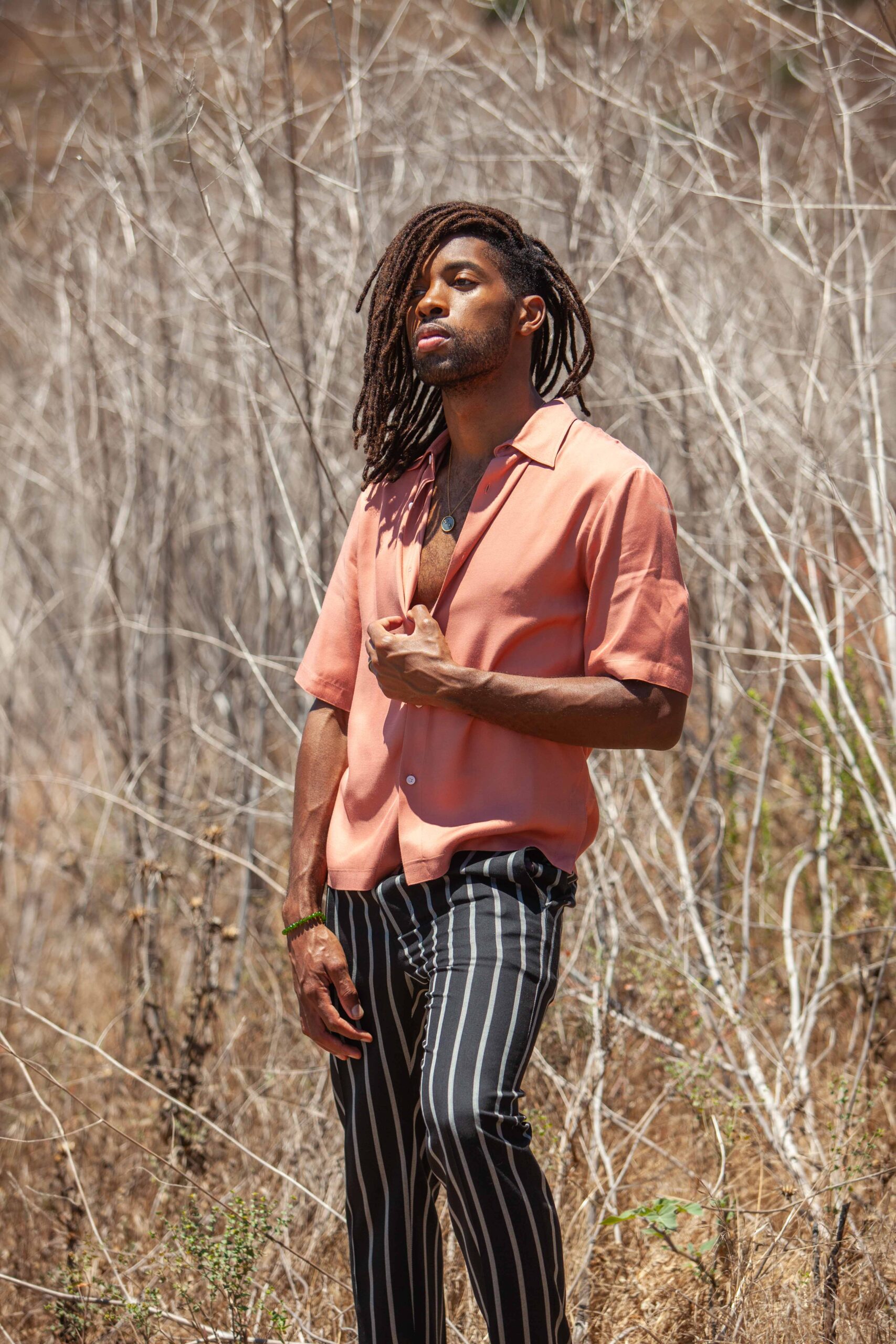