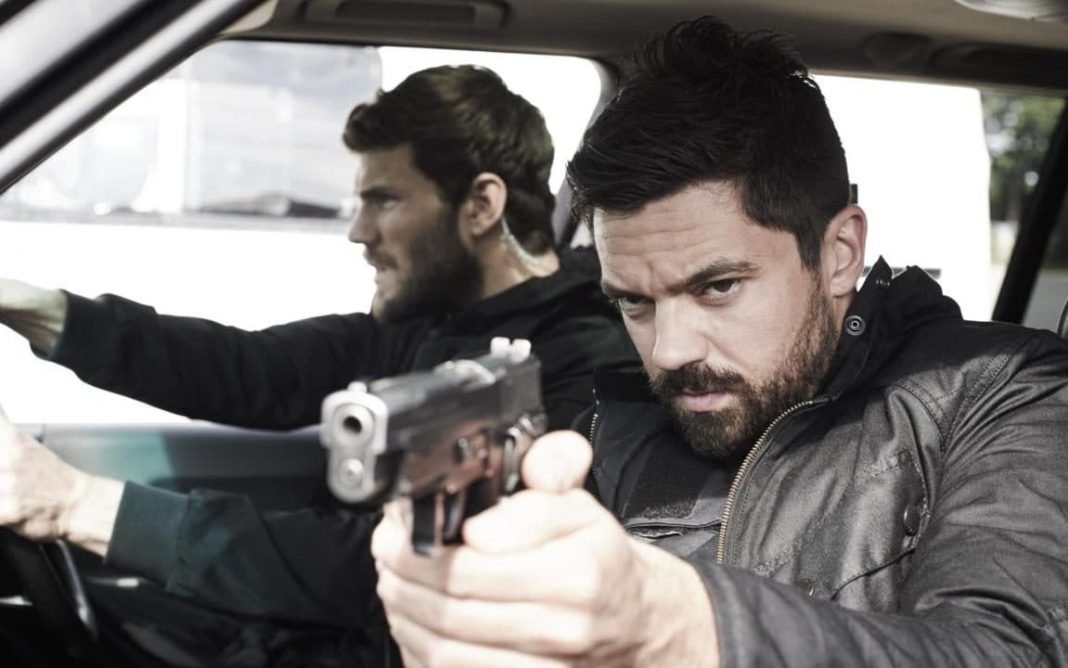 I genuinely think that no one working on the supposed action thriller Stratton cared whether they made a good movie or not. To even call it a movie is actually pretty generous, as it would be more accurate to just consider this film a series of scenes tied together by tropes, delivered entirely without pathos or emotion. This is a film that leaves so little impression that I guarantee if you ask me about it in a month, I’ll have to struggle to remember even watching the damn thing. Sometimes films are so bad that they inspire ire and rancor, but Stratton commits a worse offense; it’s so bland that it doesn’t even have an identity of its own.

Stratton is clearly trying to start a Bond- or Bourne-esque franchise with Dominic Cooper as the titular UK Special Boat Service agent. One might think that the SBS would afford a unique take on the government agent versus bad guys formula, but in practice the film doesn’t aspire to anything more than the same trite story we’ve seen a million times in this genre. Stratton loses his partner in the film’s prologue while attempting to track down a biological weapon, and it is eventually revealed that the terrorist leader is none other than a former SBS agent. Granted, we never really get much of a sense of who this former agent is, what his motives are, or even a personal connection that makes his treachery palpable, but hey, why invest character in a guy so clearly defined by his leather jacket, days-old stubble, and aviator sunglasses? Oh wait, I also just described Stratton.

I know that Dominic Cooper is a better actor than this, but the screenplay offers him absolutely nothing to work with in developing Stratton as a unique screen presence. He’s a lifeless cipher who bounces exposition back and forth with a supporting team of agents who are only distinguishable from each other by sex and ethnicity, and even then when one of them turns out to be a traitor, the only reasonable response is to roll one’s eyes at the obviousness of casting Tom Felton. There’s a plot here, complete with rising actions to a climactic confrontation, but there’s no story, no reason to be invested in the events presented.

It really doesn’t help that the film looks ludicrously cheap to pretend at being an action heavy. Cinematography and editing are nigh incomprehensible during gunfights and car chases, destroying any sense of continuity between shots that aren’t tense enough to forgive those technical foibles. The action takes place entirely in warehouses and abandoned stretches of road, making Stratton‘s world feel devoid of life as the crew is forced to shoot in the least costly places possible. There’s even a car chase that takes place around a giant dirt pile in a random warehouse, like some sort of demolition derby event. A lack of budget is one thing, but a lack of inventiveness with the constraints of a budget is a death knell.

It may sound like I’m really laying into Stratton because I hated it, but hate would be much too strong a word for something so entirely devoid of passion. I was so bored by the experience that I wish there had been something to inspire some spark within me, some jingoistic streak I could have fun tearing apart in this review. Instead, Stratton doesn’t even rise to that occasion. How dull.