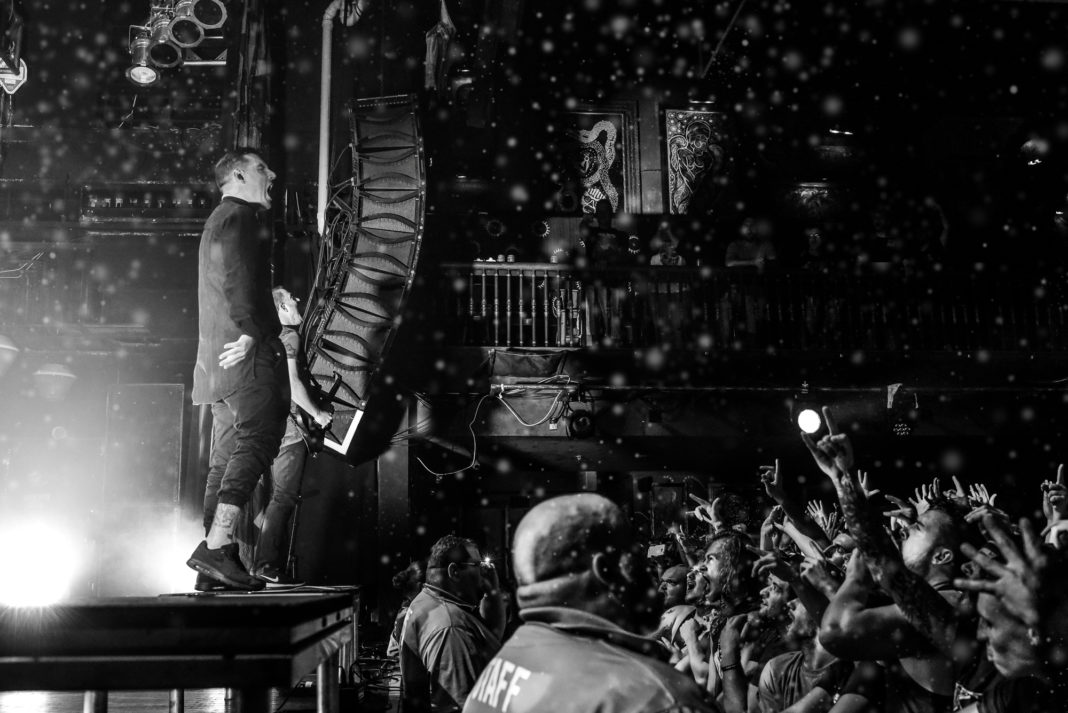 Last Wednesday, Wage War, The Word Alive and Parkway Drive came through Cleveland, Ohio. They sold out the House of Blues, and if you were there, you would of been able to feel the energy within the crowd.

Wage War started the show. It was an impressive mix of high energy and excitement. They really know how to get a crowd going and pumped up for the rest of the show. After them, The Word Alive made their appearance. Once again, the crowd went wild. With fans screaming along with vocalist Telle Smith to their favorite songs, you could really feel the connection between their fans and the band.

Finally, the act of the hour arrived: Parkway Drive. As soon as their feet hit the stage, hands went up, and there wasn’t a single person standing still. There was a point in time when the whole room was screaming their lyrics. It was an incredible show– a wild one for Cleveland and a fantastic night for everyone involved.

Photos and words by Lily McLaughlin