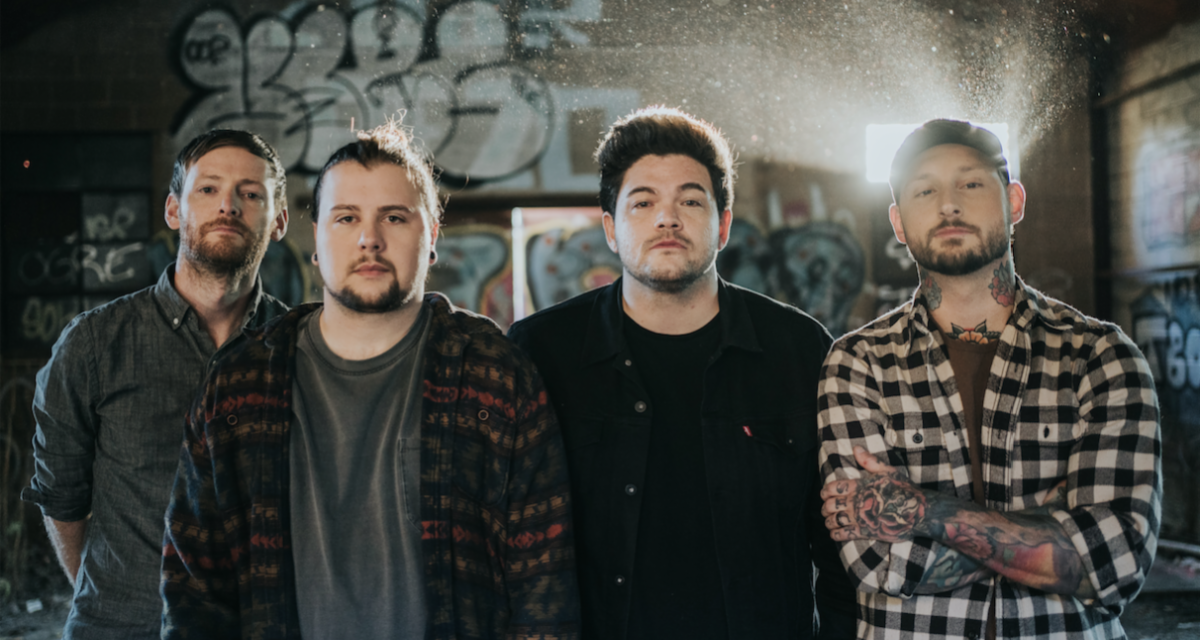 Somehow, someway, The Spill Canvas have been a band for over twenty years. Even typing that sentence doesn’t feel or sound right. Over the course of their 20+ years, they’ve seen a little bit of everything. From some radio success to signing to a major label, to having a song set to appear in a major superhero film — to having it stripped away.

Through it all, The Spill Canvas have come out on the other side. Even though they went on a brief hiatus around 2013 or so — which lead to vocalist/guitarist Nick Thomas taking some time to do some solo work, The Spill Canvas came back, almost better than ever. Even if it took a few years and an opening slot for another band that was about to enter hiatus: Motion City Soundtrack.

“Just prior to that, we had opened up for Motion City Soundtrack, which was like our first official tour back. We had a couple members that left, had a hiatus, but we used that as a barometer of ‘Well maybe [the fans] would want to see more of us?’,” he finalizes.

As fate would have it, fans did want more — and that’s what they got. What followed was some new music in the form of singles and an EP, a tour where fans got to request the songs to be played by The Spill Canvas, and an anniversary tour for perhaps the band’s most popular, No Really, I’m Fine, in 2017 to celebrate it’s tenth anniversary.

Then finally, at long last, the band convened to record and release their first full-length studio album, Conduit, in 2021 via Pure Noise Records. The band toured a bit in support of the record, and then when this year rolled around they decided to once again revisit their old friend, No Really, I’m Fine. As Thomas explains, “We did some runs just last year going into this new year to support Conduit, the new record. It was like, well what else can we tour, another Conduit tour? But this [anniversary] came around this year and it was awesome last time we did it, so why not?”

Last month The Spill Canvas performed the first leg of the anniversary tour, and just announced a second leg to take place in December of this year. And it was during that first leg that I got to sit down with Thomas to talk about No Really, I’m Fine and what their future as a band holds. Though they may no longer be signed to Pure Noise Records, as confirmed during the interview, they have no signs of drifting back into hiatus.

Read our full interview below.

This has got to be a great feeling right? That you’ve got a record that came out 15 years ago, all when you were in your early-20s. And people resonated with it 10 years in for the first anniversary tour, and 15 years in still to come out here, and sell out these shows.

Not only is it still resonating with fans who were around 15 years ago, but your band is still bringing in new fans. And those fans are out there singing along to these songs even though they might not have been around fifteen years ago. That’s a huge thing and great thing to see, right?

It’s cool, it feels very accomplishing. That’s the main goal, is to get — especially with new music and being an active band in that sense, is we want new fans as much as possible. That is — although we very much appreciate and could not do this without the dedicated fans that have been there since day one, the goal is to grow and expand. To get the music in front of as many people as possible to hopefully be a fan.

Obviously though for those older fans who’ve been around, it’s nostalgic. But what’s it like for you and the guys to be up there performing these songs? Do you find yourself back to where you kind of were 15 years ago, or is it like a new appreciation for those songs.

That’s a cool question because it’s just so surreal, because you’re like “Wow this is fifteen years ago.”

I mean, you know, I’m a totally different person. So it’s so bizarre to kind of try to connect with that person that wrote those things, specifically the lyrics. It’s very much like a new — like you’re opening up a chapter of a book you’ve already read a bunch. I feel like there’s some songs that connect more with my current circumstances and life now, which is kind of cool.

Overwhelmingly, though, it’s the feeling of the rest of the crowd and whatever they were going through in their life at whatever time that record hit, it’s just very evident and you feel that nostalgia or whatever the emotion is tied to. It’s for sure more visceral than just new music or something.

Honestly, there are some other records from 2007 that maybe haven’t aged as well. That early to mid-2000’s was a weird time lyric wise for this type of music. There’s a few Senses Fail songs, that entire Glassjaw record, where they apologized for the things they wrote. But you guys don’t have that, so it’s cool to still be able to go play these songs live without feeling some of that embarrassment or whatever for these songs.

There are moments I have those, but it’s just in a songwriting sense. We are much better now at the craft than we were then. But you’re right, it’s not so much the lyrics — there are some on [No Really, I’m Fine] that are very bitter and I don’t have that seem raw feeling today. But that’s just I guess because I haven’t gone through it in a while, knock on wood.

Yeah, it would. I think being happily married now for almost 7 years now, all of us married. That’s a different vibe.

The anniversary and nostalgia, everything like that aside, you released Conduit last year. Your first record in 9 years. Now that it’s been out for a year, how do you feel about the record?

When it hit the year mark for Conduit, personally I went through a whirlwind of changes. My wife and I moved from Florida to California, she got a promotion and we moved a day after the album came out. That was just a big, huge change.

So I’ll always remember moving to California because it was marked by this big, momentous occasion of us putting out our first new music in 9 years. It’s a huge feeling of accomplishment, our first release with our current lineup. We had been writing and working on it since 2018. Then COVID-19 hit, and it got put off.

We sat on it for a long time. To be fully exhausted with the record before it even comes out is tough. Before there would be like a year, and you’re not fully sick of — not that we’re sick of Conduit. But you’re listening to it non-stop, it goes almost too under the microscope, you know? Like is this even good? Is this record terrible? Because you’ve heard it so much.

I think it was a big labor of love on our behalf because we had funded it ourselves, we had it basically done aside from mastering before we signed to Pure Noise Records. It was, you know, I just felt so accomplished and very proud. Like we can still write, we can still do this. It feels good.

What was it like for you guys to finally put out a record after so long? I mean you know, you guys kinda went away for a little while, had some member changes, things like that. Did you have any pressure? Or was it like, let’s just get this fucking thing going.

Yeah, for sure a little of both. I felt an enormous pressure just in the sense of my personal standard is, I’m never quite reaching. It can be challenging at times, but for the most part I like to keep that in place because it makes me strive to be better. Whether I fully get there or not, it would be nice to get there some day.

It’s only been a little over a year, but now that The Spill Canvas has kinda been firing on all cylinders since the record came out, touring is back, all of that stuff. Have you guys started working on new music?

I think maybe just doing some singles. We’ll see what comes down the pipeline. That seems to be the name of the game nowadays. Put out as many singles as you can, then just put them on an album and drop it.

The genre I think of that utilizes this the most is country music. The biggest and weirdest example I think of is Sam Hunt with “Body Like a Backroad.” That song was released as a single and three years later was put on a studio album. All of the sudden, you get all those streams that count towards the album sales.

It’s pretty smart for sure. We did a standard album rollout for Conduit, I think the singles were about 3 weeks apart, aside from the first one. To do a single a year ahead of time, see how fans receive them, that could be really fun, too.

But new stuff, it’s coming. In some way.

You’ve got this upcoming tour lined up, but it’s a little bit different, right? You’re playing some wineries, seated venues. Doing reimagined versions of your songs. How did that idea come together, and what should fans expect from these reimagined songs?

The tour is called “Bottle of Red tour” which is a nod to a song off our second record called “Lust A Prima Vista.” But it also fits with these wineries.

It came about because our manager happened to know booking for City Winery, and it just came together that way. He was a fan and we were very honored. They’re beautiful venues, it’s cool because you get this whole different experience than these club tours.

You come and it’s wine and dinner, and then wrapping up we come out and play — not a full rock show, I’d say. It’s acoustic based, but we reimagined it with the vibe of not two electric guitars. We have our friend come out and do violin, so it’s a full six piece band in that regard. It just adds that extra depth.

We reworked the songs to fit in a stripped down environment. It was so cool to get to do it in 2018. We were intending to do that again in 2020, but that did not happen obviously. But we are super stoked to do it again.

It’s a totally new experience, if we have those fans that are diehards, a lot of them that grew up with us might be married and have kids now. So you can get the sitter and off to the winery, and the sound is gorgeous there, it’s not a loud, smelly, and sticky floor rock show.

You can find all of The Spill Canvas’ upcoming tour dates here. 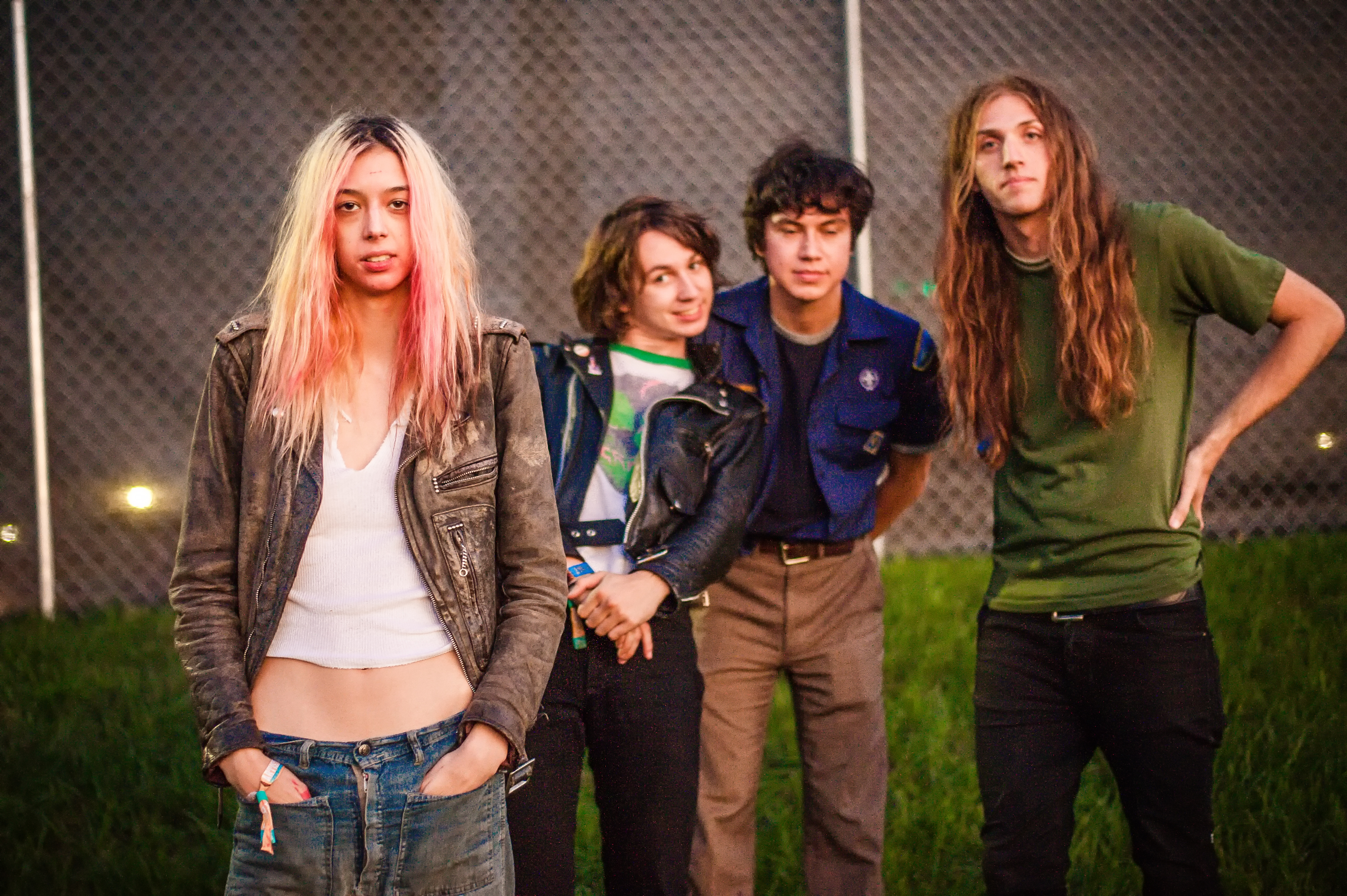 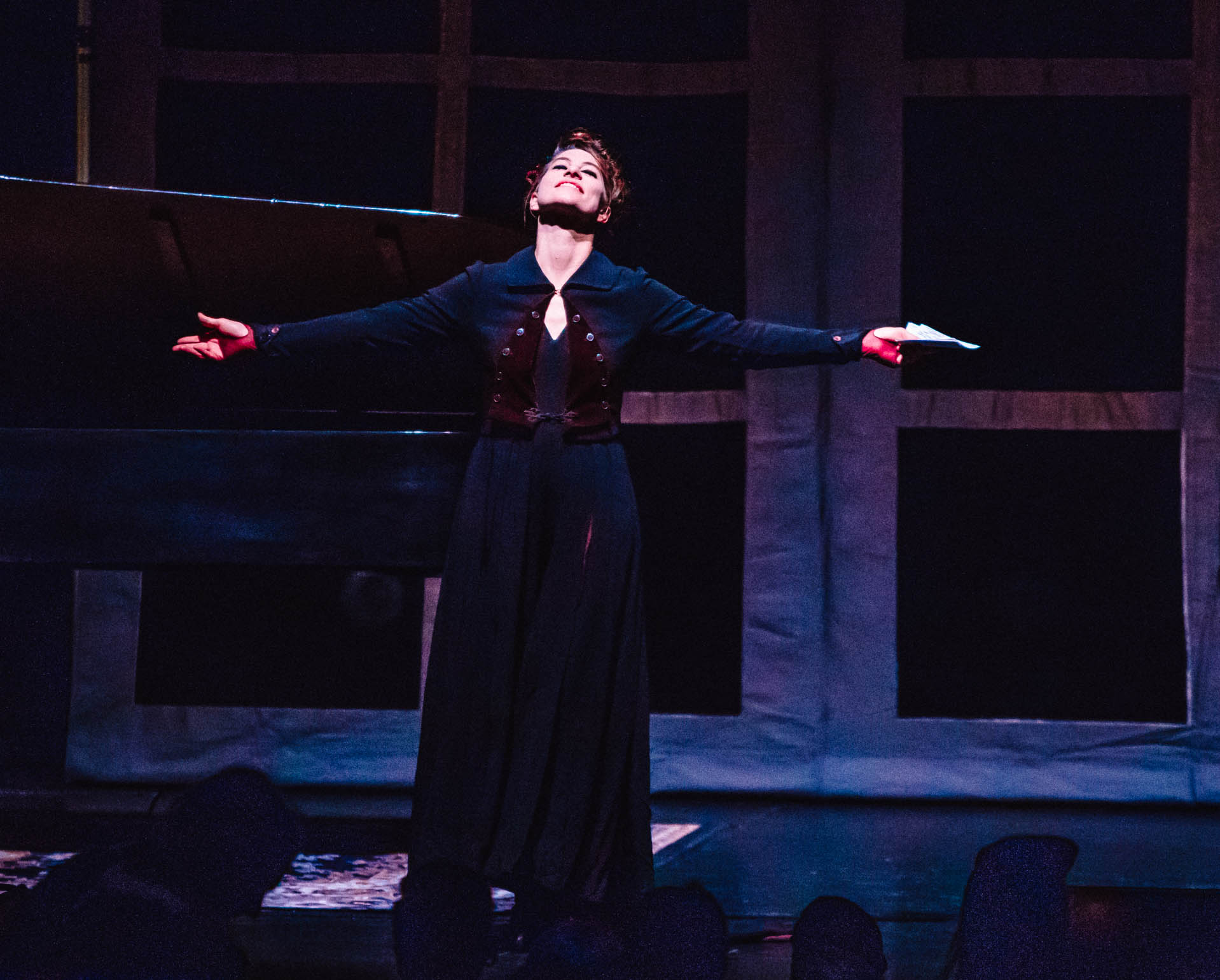 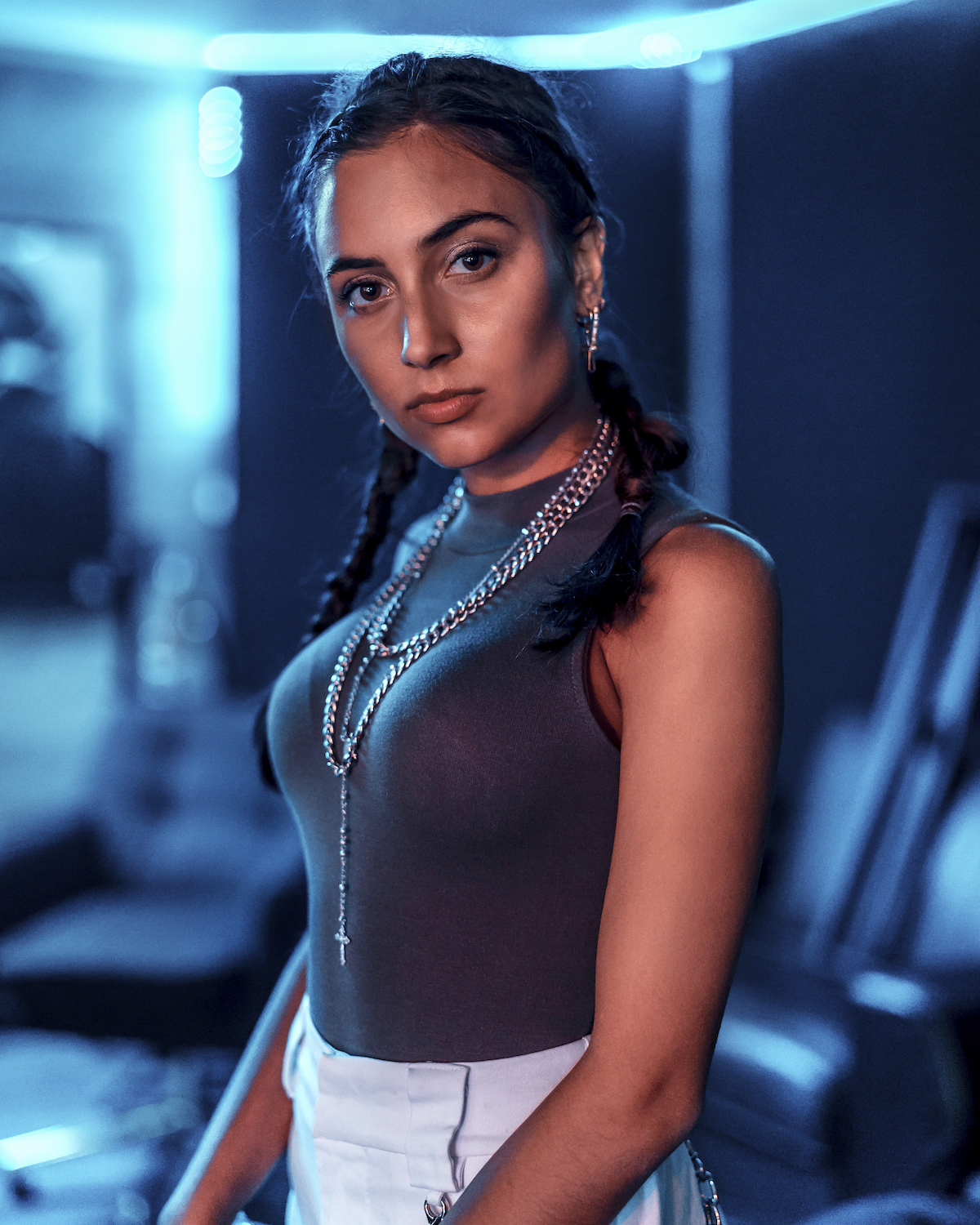 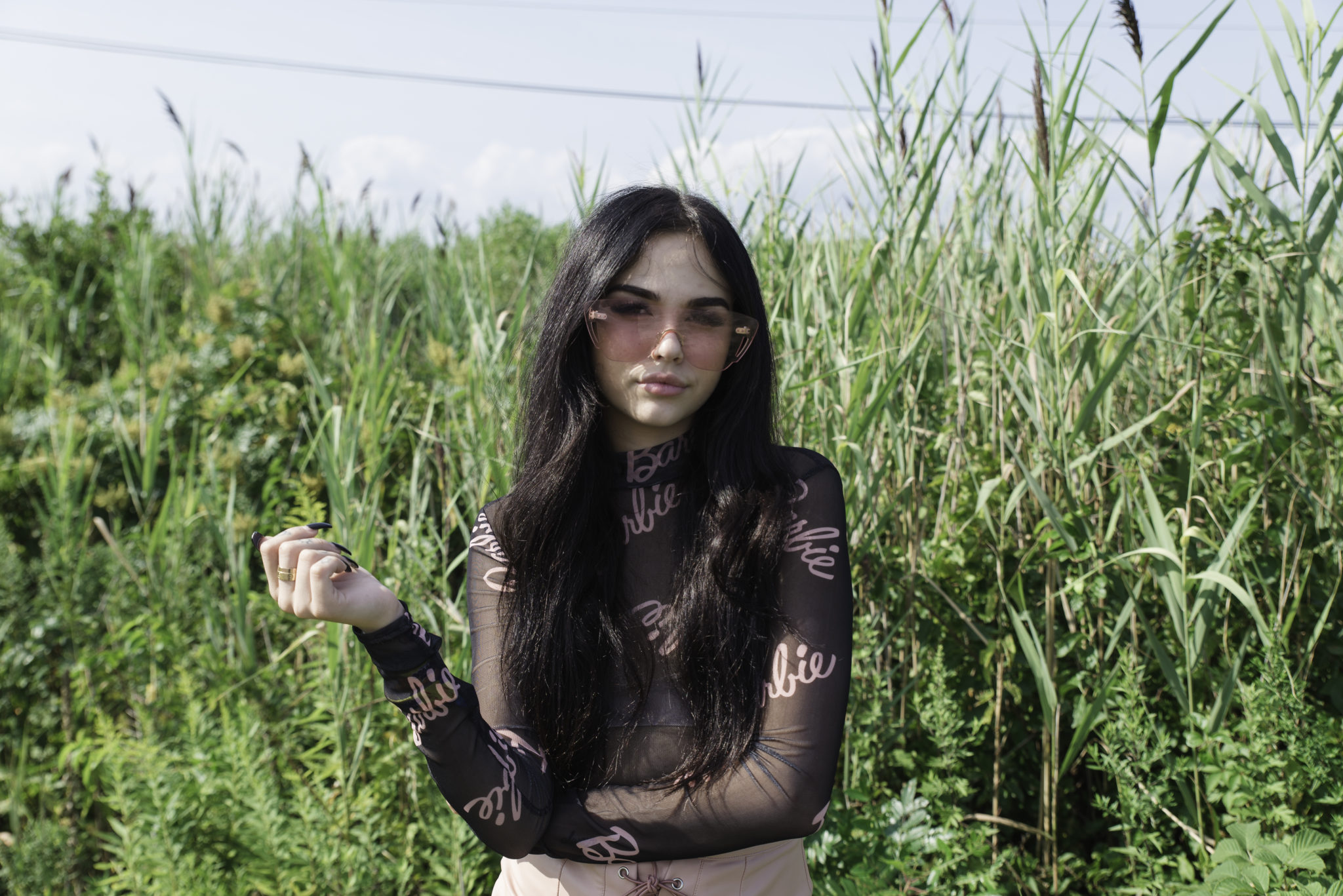