INTERVIEW: Peach Pit talk creating ‘From 2 to 3’ and more 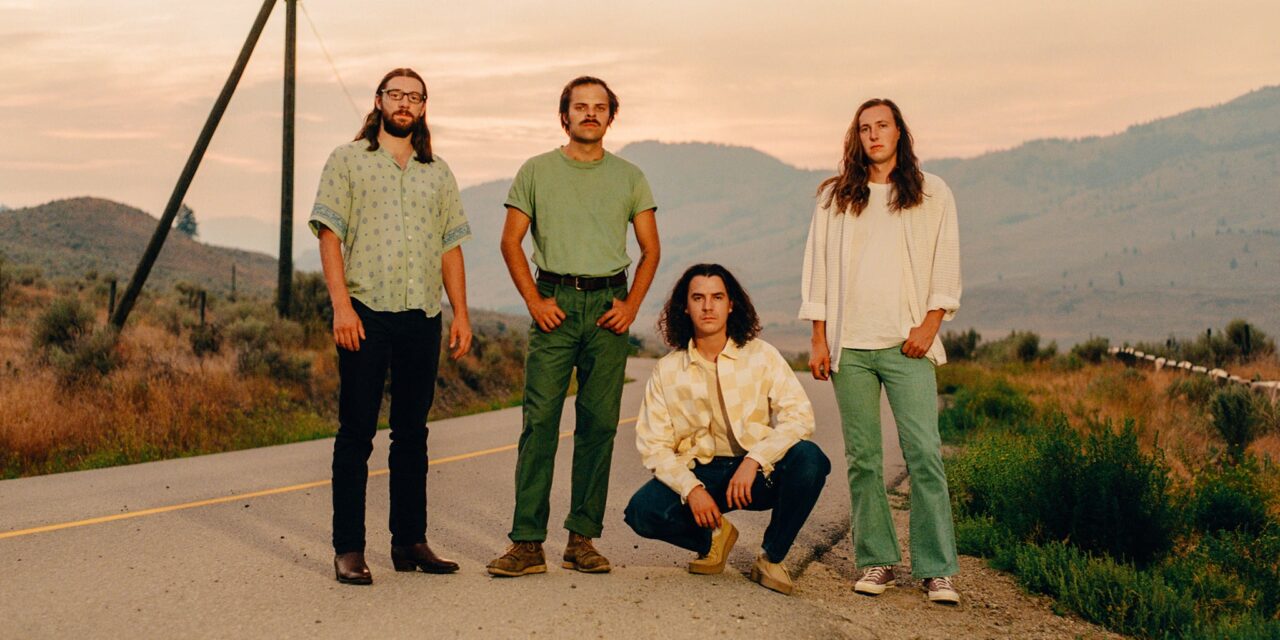 Today, indie/pop quarter Peach Pit have unveiled their third studio album, From 2 to 3, which serves as their follow-up to 2020’s You and Your Friends and their third studio album overall. Like many bands that put out (or planned to, at least) records in 2020, the world and the pandemic had an unfortunate series of other plans. All touring was put on hold, and everyone was confined to their own home.

You and Your Friends was released in April of 2020, and Peach Pit never really got a chance to promote the record from there. After being quarantined for a while, it became clear that the music industry and world as a large would not return to “normal” any time soon, and so the band reverted back to writing. Over the phone late last week, Peach Pit vocalist/guitarist Neil Smith explains to me, “The first two months of the pandemic for everyone around the world was pretty scary and you’re stuck at home so you didn’t do anything. But after that we were like ‘I guess it’s really our only option’ to go and write some music just so the time is productive.”

Off they went, albeit originally in their separate ways. Smith started writing in his apartment, and his fellow band members — Chris Vanderkooy (guitar/keyboard), Peter Wilton (bass/vocals), and Mikey Pascuzzi (drums) — did much of the same. Eventually they all got together of course, but after the songs were mostly flushed out or close to their final form. This happened mostly due to the time they had individually, but also it’s something that Smith quite enjoys.

“I really like to get the songs quite fleshed out by myself as far as the lyrics, melody, verses, choruses and the structure of the song — I really like to have it fleshed out before I show it to the band. So it was good for me, I was just at home and got to work on songs until completion and then got to show it to them. I feel like that’s my favorite way,” he says. “I think sometimes when I’ve shown stuff too soon, people get attached to the way it was. Then if I feel like it needs to be changed or something, I get a lot of pushback. So I like to have things the way I want them to be before people hear them.”

To compare From 2 to 3 to it’s predecessor in You and Your Friends, there are some external circumstances to consider. First and foremost, it is Peach Pit’s second record to come out while on a major label.

“I think we put a lot of unnecessary pressure on ourselves — it’s like you hear the words ‘major label’ and don’t really know what that means,” Smith begins before explaining that you either expect to really blow up and become superstars, or it flops and can sink your band completely in worst case scenarios. “That didn’t happen,” he says with a chuckle.

Not only did it not happen, but people loved the record and Peach Pit blew up even more and are bigger today than they were 2 years ago — with no touring or anything in between the two records. They relieved a lot of that internal pressure the band members put on themselves, and it allowed them to settle in to the whole process and understanding how existing on a major label would work for them.

The second external circumstance was, well, the pandemic of course. “It was really disappointing when we didn’t get to tour the last record. We were kind of,” Smiths begins before taking a brief pause, “I wouldn’t say pissed off — but bummed because it had felt like we had been in this writing cycle for a few years.”

So with nothing else to do but keep writing, Peach Pit kept at it. He describes it as a process that was somewhat difficult because you’re anxious to get out and play music, to stop writing — but the flip side is they were already in the writing zone. Which, as Smith tells me, for him is sitting in front of his desk with his guitar, voice notes, a podcast on Youtube for background, and a little bit of weed to make it as relaxing as possible.

“I feel like, you know, writing music or writing anything is kind of a muscle things. When you’re already in the zone it feels a lot easier, like you know what you’re doing already. So [writing From 2 to 3] was fun. We definitely set out to just make something we felt like making at the time, something that we would enjoy listening to ourselves. Not too much pressure or anything, just let’s make a cool record and hopefully people will listen to it. If not, we’ll make another one,” he states.

Part of writing the type of record that they wanted to make and would want to listen to was largely based on, of course, what they were already listening to at the time. When they were finish gin up You and Your Friends, Pascuzzi showed the rest of the guys Paul and Linda McCartney’s Ram and sent them down a rabbit hole from there. “I had never heard that album before. It’s like a super weird indie/folk/blues/rock album, right? It’s got all sorts of stuff on it. I’ve never really listened to it before, but we all got super into it,” Smith explains.

He goes on to mention listening to all of the Beatles, George Harrison, John Lennon, solo records, lots of Neil Young, Tom Petty, Traveling Wilburys, and so forth. Because those records and that specific era of music dominated their listening at the making of From 2 to 3, it’s no surprise the 60’s and 70’s can be heard all throughout the record — which was somewhat of a conscious effort, as well.

Some of these influences are obvious, whether it be the overall musical style of some of the songs, but sometimes it can be smaller things like guitar sounds, vocal effects, and even just the entire structure of the song in some cases. “One of the tunes I really like on the album is called ‘Everything About You’ and I kind of copied the Paul McCartney medley style song where there’s not really a verse and a chorus. There’s a part A, part B, part C, so it’s like three songs smashed together.”

I ask if going for this style presented any sorts of challenges, and while Smith says no, he does point out that there were some other challenges on From 2 to 3 with two songs — interestingly enough, both were singles. The first one he talks about is “Vickie,” explaining, “I wrote it just by myself on acoustic guitar at home and I really liked the way it came out with just me. When we tried to bring it full band, it just for some reason took us forever to figure out the arrangement and get the right feel of it.”

The second one that they had some trouble with was “Look Out,” which started out the same as “Vickie” being just an acoustic song with his vocals.  “We recorded the whole thing — an alternate version, I guess the first version of the song. And it was so bad, it was just so lame and the worst. It sounded fucking horrible. We were like ‘I guess we’re gonna put it out, we still like the song I guess.’ Then a week left in recording, Chris was like ‘This isn’t the way it’s supposed to be we need to fix this.’ He totally changed it and we made it way folkier, way more stripped down, and it is a great song in my opinion.”

Don’t let any of this fool you, From 2 to 3 is not a collection of songs that sound like the same 70’s rip off over and over across it’s run-time. That should be obvious from the singles alone, as they each represent a different type of sound for Peach Pit — which is why they were released as singles, Smith tells me. The band believed that “Up Granville” bridged their previous records and sound into From 2 and 3, “I wanted to put something out there that people who already liked our music would enjoy, and hopefully some new fans would like as well,” he says.

With “Look Out,” the band liked it a lot and knows that some of their more down-tempo songs are their popular ones, so they wanted to show fans they still had some of those to look forward to on the record. And finally with “Vickie,” they just felt so strong about it and that it was their most “concise pop song.”

But if you’re a long-time Peach Pit fan, you know that their music is sometimes one that sounds happy due to their often upbeat nature, but when you listen lyrically you realize that isn’t quite the case (looking at you, “Shampoo Bottles”). Those songs still exist here on From 2 to 3, and likely always will have their place in Peach Pit. I joke to Smith that sometimes their music is like the meme of the two houses next to one another: a dark, black house right next to a bright, pink house — you know the one — where their music is the light house and lyrics is the dark house.

“That definitely happens because all of the songs just start out with me alone with my acoustic guitar. So they are just way more emo when they start out, and then once I bring them to the band, they transform into whatever version of the song they do,” Smith says.

But you might be thinking: well surely that makes sense, they can’t all be sad and down tempo songs right?

“If I had my way they would be,” Smith says with a laugh.

Peach Pit will be promoting From 2 to 3 with an extensive headlining tour across North America kicking off next week, which is mostly sold out. They’ve got essentially two albums worth of new material to play, but fear not if you are a long-time Peach Pit fan — they won’t be so overly heavy on new music for their own sake.  “Yeah, we’re promoting a new record, but we know everyone loved Being So Normal, You and Your Friends they never got to hear and I know there’s gonna be songs on that record that they want to hear,” Smith tells me towards the end of our interview. “So really more important than playing lots of songs off the new record for us is just making sure that the fans get to hear what they want to hear. We don’t try to be too self-indulgent, we only play the ones that people actually want to hear. The ones that we like and people don’t listen to, we probably won’t get played.”

04/25  Vancouver, BC The Commodore Ballroom 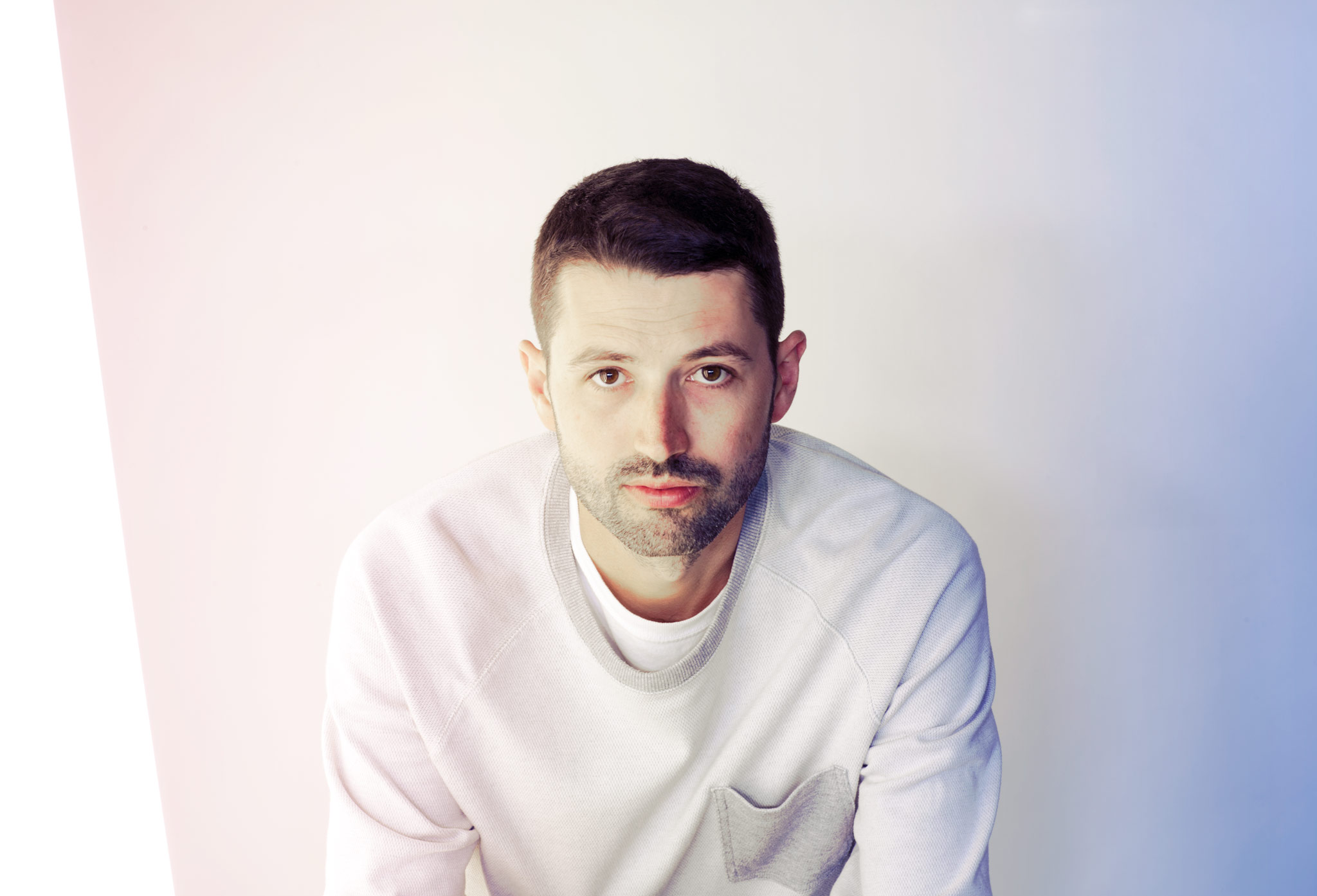 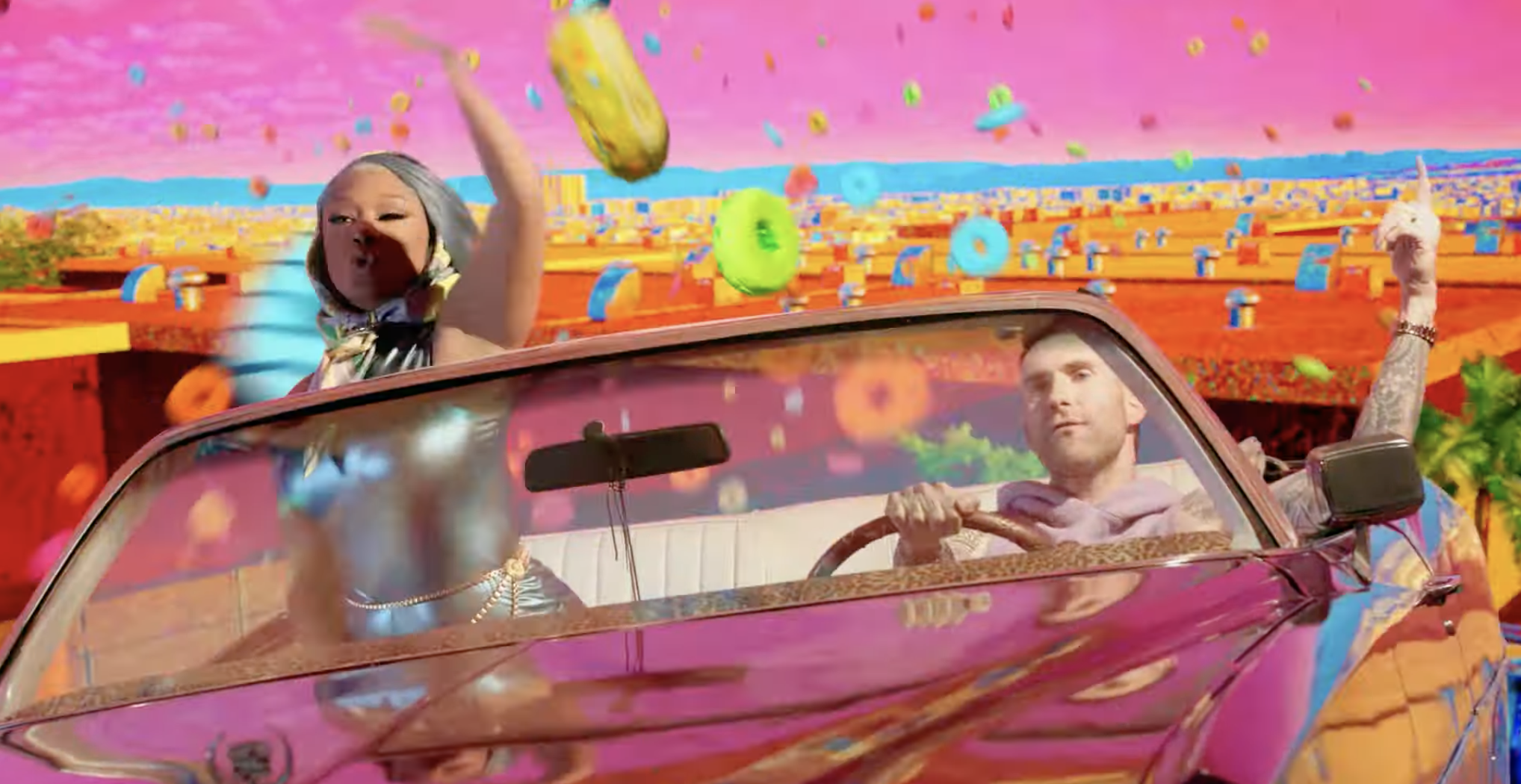 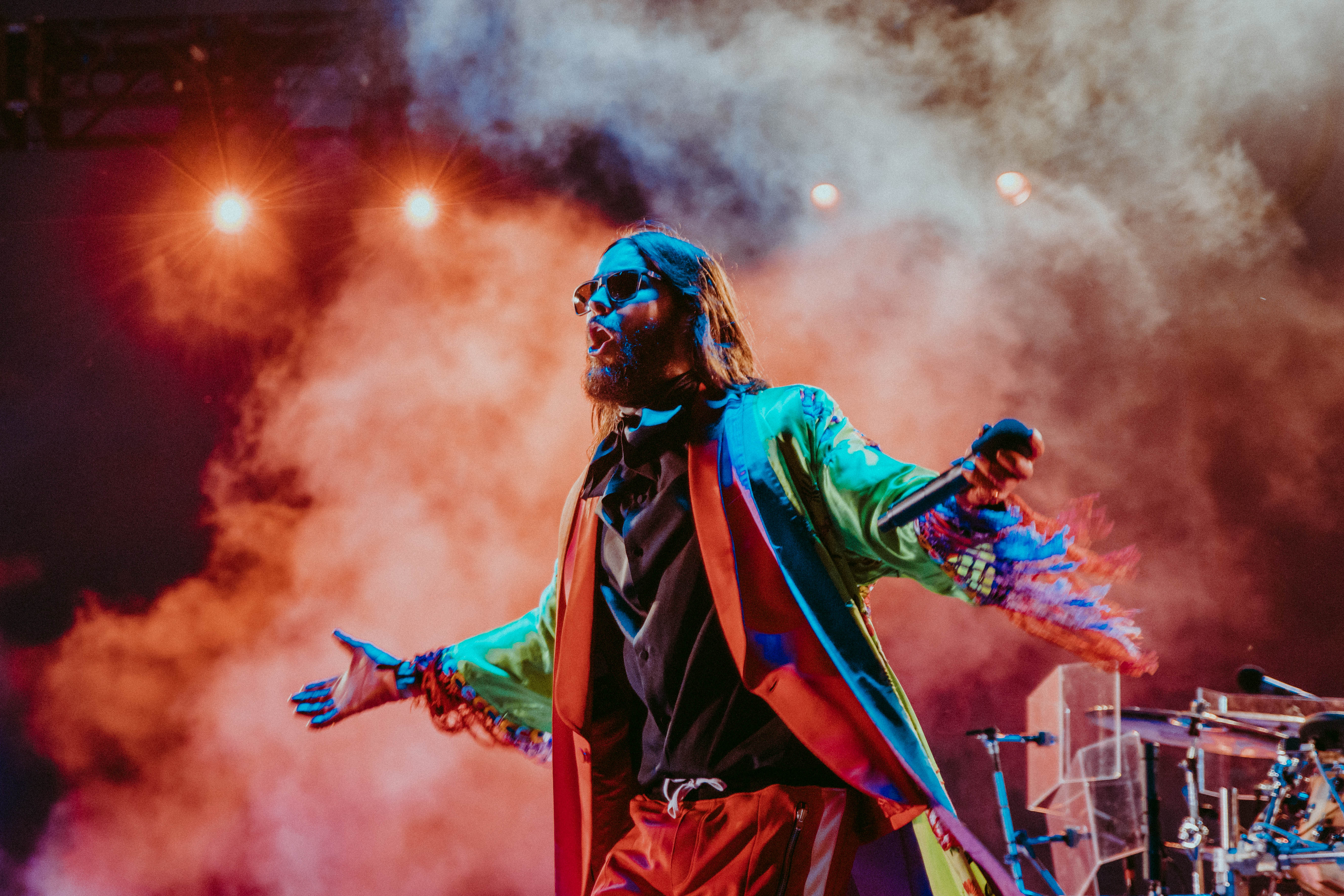 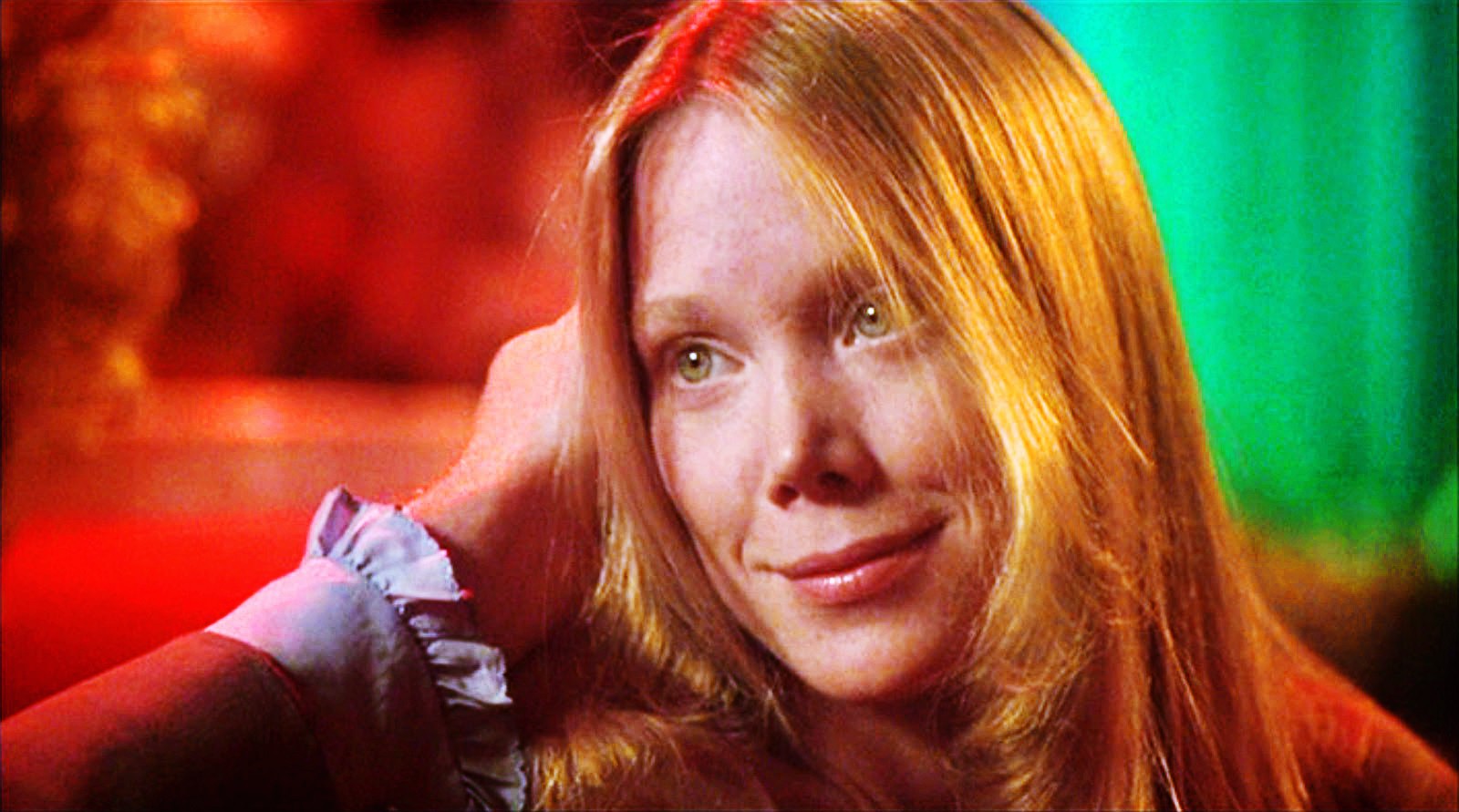