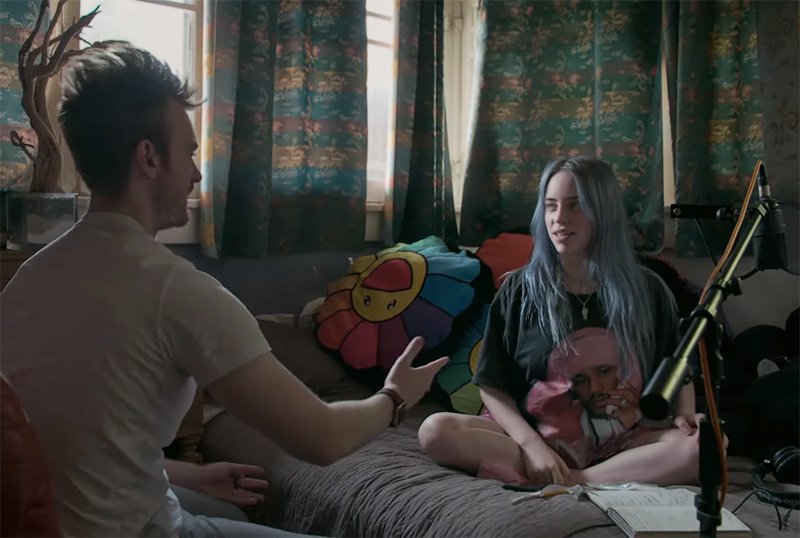 The World’s a Little Blurry begins showing a 13-year-old Billie Eilish as her first song, ‘Ocean Eyes’ hit the radio. Usually, with music documentaries, we get these deep dives while an artist is looking back at the bulk of their career or unfortunately when they are no longer here to tell it. Director R.J. Cutler together with Eilish takes us through the year within the making and release of her first album, When We All Fall Asleep, Where Do We Go? There are first-hand accounts from Eilish herself and her family. In how the footage is comprised, you feel as if you’re right through every high and low with Eilish through one of the best and trying periods in her young life.

At first, the documentary showcases how close Eilish is to her family. Almost all of When We All Fall Asleep was recorded right in her brother Finneas’s bedroom and mastered in their family living room. We get to see how songs like ‘Bad Guy’ and “I Love You’ are comprised. Usually with Finneas starting a melody or playing an instrument. Then, Eilish sitting on his bed with a mic in the rawest form possible. If these songs feel so personal, then you really get to see why. The footage adds another layer of emotion to an album that sold over 1.2 million pure copies by March 2020. Music has been a huge part of her life from the beginning. However, her parents Patrick O’ Connell and Maggie Baird encouraged it because their children loved it. Not from a sense of them wanting fame or making vast amounts of money.

Aside from the music, space is created because it shows Eilish going through things as a regular teen would. She gets her driver’s permit and eventually; her license. Her mother and father worry about her growing up because they see her as their daughter, first and foremost. When we view their up-and-coming artists who achieve these peaks, we think it’s all amazing. All their problems are solved, and they are living out their wildest dreams without a care in the world. Just because you reach a certain level of success doesn’t strip you of being human. Cutler shows Eilish at her apex and the issues that she faces within that.

The World’s a Little Blurry shows the injuries that Eilish accumulates on tour and her struggle with self-care. Then ties that to an accident that she had while she was a dancer where an injury stopped her from doing that. A relationship happens where Eilish feels strongly for someone that doesn’t reciprocate her effort and care back to her. Things go wrong in concerts such as her screen during her first Coachella set or her sprained ankle during a Milan spot. Where everybody tells her she did amazing, she doesn’t feel that way. Cutler allows minutes to go by where it just focuses on Eilish the human person outside of everything. A moment where she’s in a car with her mother and how she wants people to miss her when’s she’s gone on these tours.

The music industry can be tough when it comes to authenticity. Everything seems to be glossed up to the highest power in order to make things more marketable and accessible to a wide audience. The darkness of Eilish’s lyrics is touched upon frequently throughout the documentary. Her mother hears “Listen Before I Go” and asks her if she’s ok going that dark. (the song is about suicide). Finneas speaks about where the record label wants them to write hit records, but Eilish hates that part of songwriting.

The audience goes through the drawings and writings where Eilish struggled with self-harm. Like any young artist would be, she’s self-conscious about how she’s perceived. In the beginning, during a show in Salt Lake City, she says she doesn’t think of fans as fans – that they are a part of her. In interviews that are spiced throughout the runtime, people ask her about the things she sings about. “I feel the dark things very strongly, so why not just talk about it?” Perhaps it’s why so many people relate to her. Just look at the concert footage in the film of fans crying and singing along to her songs. To hide the darker parts of yourself is not to heal them.

One of the best things that Cutler does is using Eilish’s own songs to further highlight an impactful moment of her life. For instance, during her New York tour date, she performs ‘I Love You’ and breaks down while singing in. This is right after she broke up with her boyfriend. Every piece of concert footage feels purposeful and continues the story of this crazy year she had. Sometimes, with these types of documentaries, the music feels like background noise or a break. With The World’s a Little Blurry, it’s just as vital as with the live footage.

There’s also a storyline dealing with Eilish being a super fan of Justin Bieber and how it beautifully comes full circle. From showing a video of her 12-year-old self declaring her love for him, the “Bad Guy” remix, meeting him at Coachella, and a face-time congratulations call at the Grammys. Bieber has had his fair share of issues growing up young in the industry to where now, he’s in a better place. Eilish is at the beginning of a presumably long and successful career. It felt good to see that not only musicians are fans themselves, but to see people you looked up to be fans of yours and come from a place of understanding.

While the documentary begins with ‘Ocean Eyes,’ it ends with ‘My Future,’ a self-affirming, self-love testimonial from Eilish to herself. Throughout it all, she’s 100% herself. The singer/songwriter puts everything within her music, and this documentary is a testament to this. It doesn’t hide the tears, the frustrations, or the self-doubt. It makes the moments of triumph during this point of Eilish’s life mean that much more. 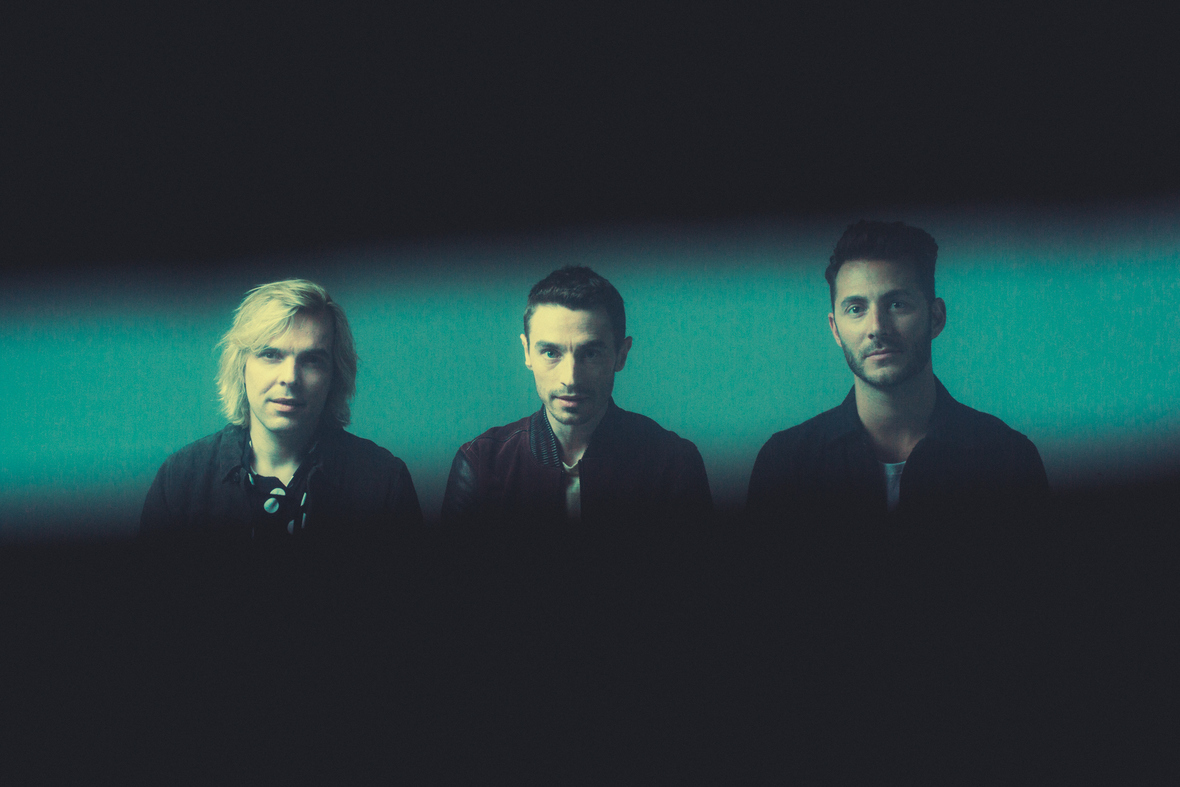 PREMIERE: Watch New Politics’ stripped down “One of Us” performance from recent secret show 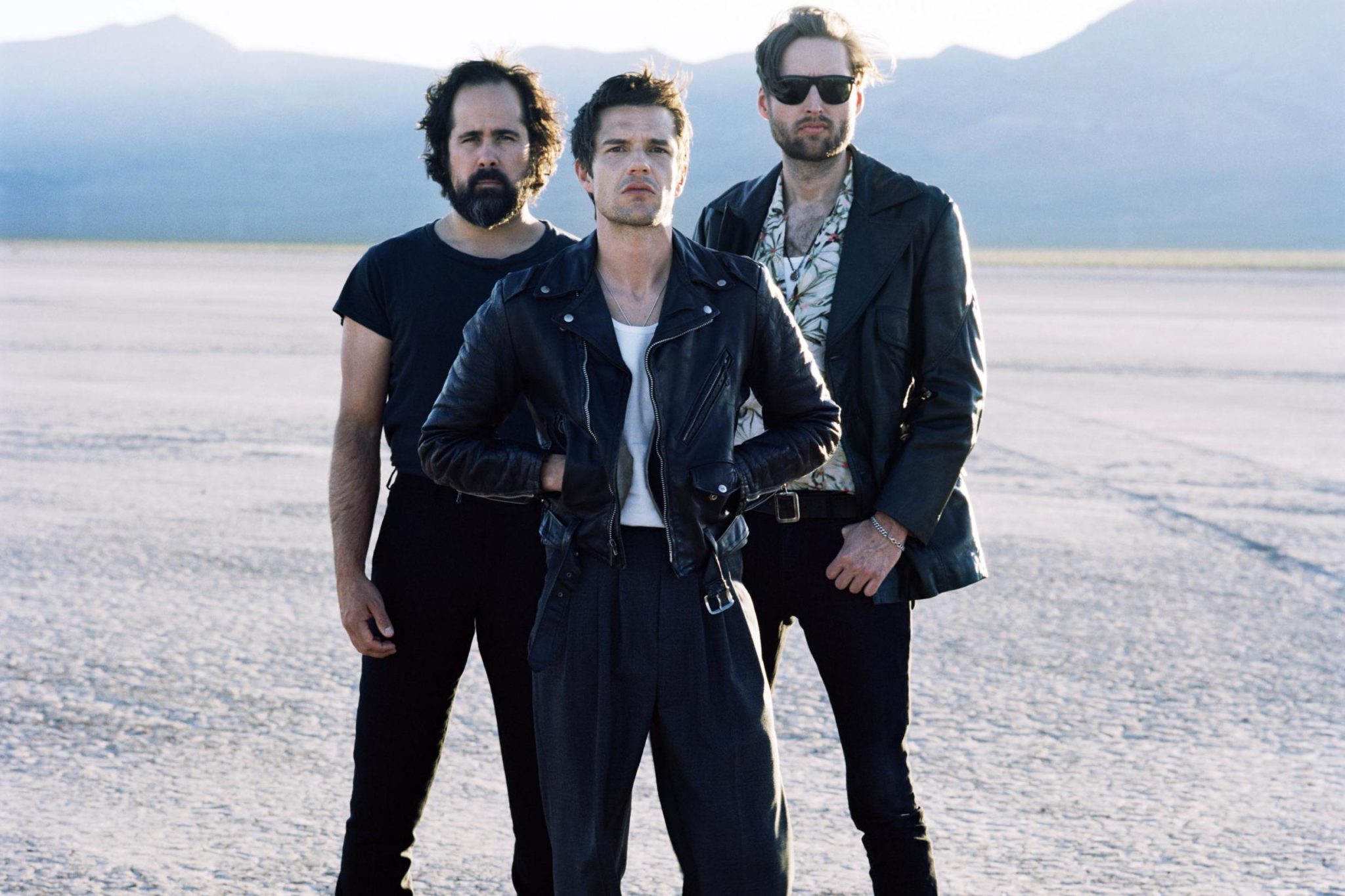 Some Kind of Wonderful: An Interview with The Killers