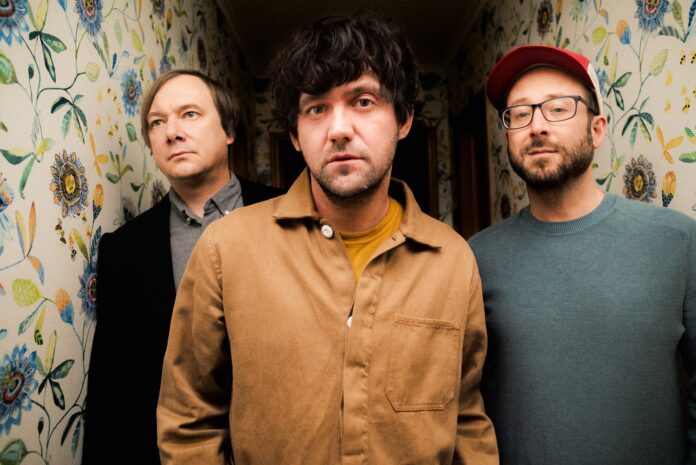 Over the past few months, Bright Eyes have been determined to make 2020 be their year. Since announcing their reunion in January, the band have released two new songs: “Persona Non Grata” and “Forced Convalescence.”

Now, in anticipation of their forthcoming new album, Bright Eyes have released a third single, “One and Done.”

“This whole town looks empty, but we knew it wouldn’t last/ Behind bulletproof windows they’re still wiring the cash/ Whatever they could scrape up, whatever that they had/ there’s a lot of mouths to feed through this famine,” Conor Oberst sings on “One and Done.” While the track was written and recorded before COVID-19, it reflects a resignation in Oberst’s mind as to what seems like the final ays of civilization.

“One and Done” will soon become a staple in playlist’s of Bright Eyes everywhere, as it’s a beautiful piece of pure Bright Eyes, complete with a complementary orchestral arrangement, provided by the band’s Nathaniel Walcott.  This track once again features the powerhouse rhythm section of Jon Theodore and Flea, as well as haunted harmonies from Miwi La Lupa.

Listen to “One and Done” below.

All previously announced Bright Eyes’ tour dates for 2020 have been postponed and are currently being rescheduled for 2021. Stay tuned for more news regarding music from Bright Eyes soon.