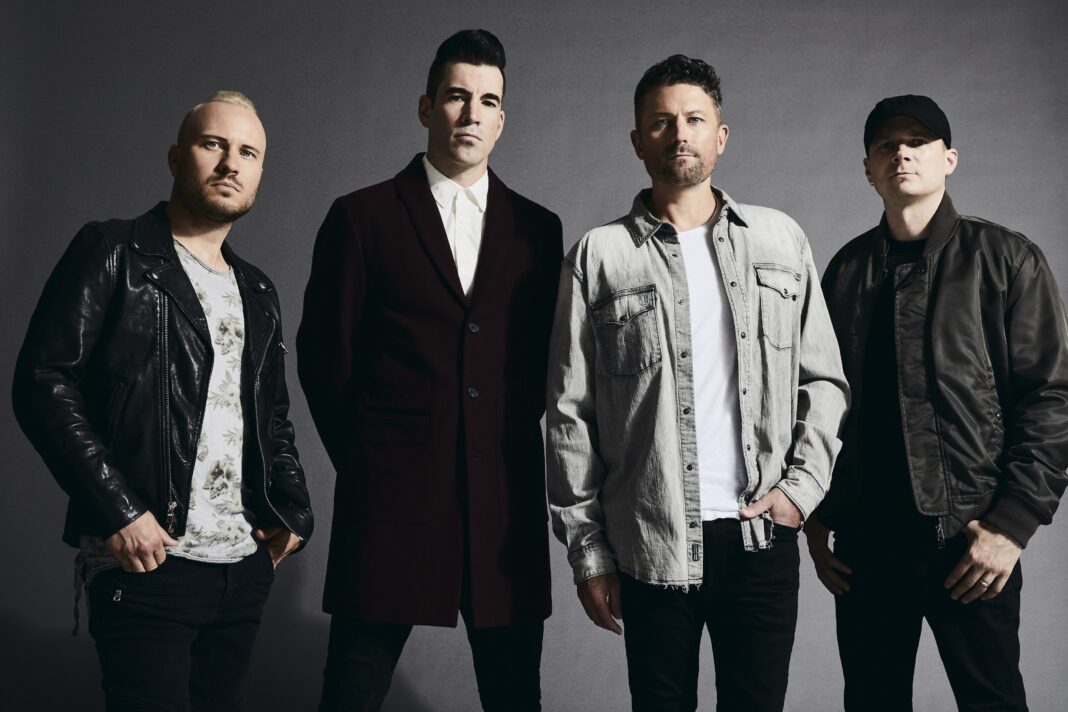 THEORY — formally known as Theory of a Deadman — is a band that needs no introductions. They’ve got a handful of number one singles and RIAA certifications that show they’ve maintained their success, even through a shift in sound.

This is no more evident than with their most recent album, Say Nothing, which came out this past January via Roadrunner/Warner Worldwide. The record continues to build upon the sound that THEORY shifted towards on 2017’s Wake Up Call, all while being authentic to themselves and audiences.

Since the album has been released, though, there have been some obvious troubles to their plans to promote the release. While they had a planned U.S. and world tour planned for the spring, that of course has been postponed while the world continues to deal with the COVD-19 pandemic. THEORY have stayed busy, keeping active on social media, sharing videos on what they’ve been doing while practicing social distancing, and even plan to host a Reddit AMA next week, April 7th.

Something else they’ve been up to, is recording a few acoustic videos for fans. Substream is excited to once again team up with THEORY to exclusively premiere these intimate acoustic performances. Guitaritst/frontman Tyler Connolly strips back two singles from Say Nothing, “History of Violence” and “World Keeps Spinning,” which Substream premiered a few months back.

“There is a definite timeliness to ‘World Keeps Spinning,’ we are all feeling a substantial amount of stress and anxiety right now that can be difficult to cope with,” Connolly tells Substream on these acoustic performances. “Hopefully these songs can offer some support and relief for everyone, I’ve always felt that’s what music is for.”

Below you will find the videos for these two acoustic performances, and head here to pick up your copy of THEORY’s latest album, Say Nothing.