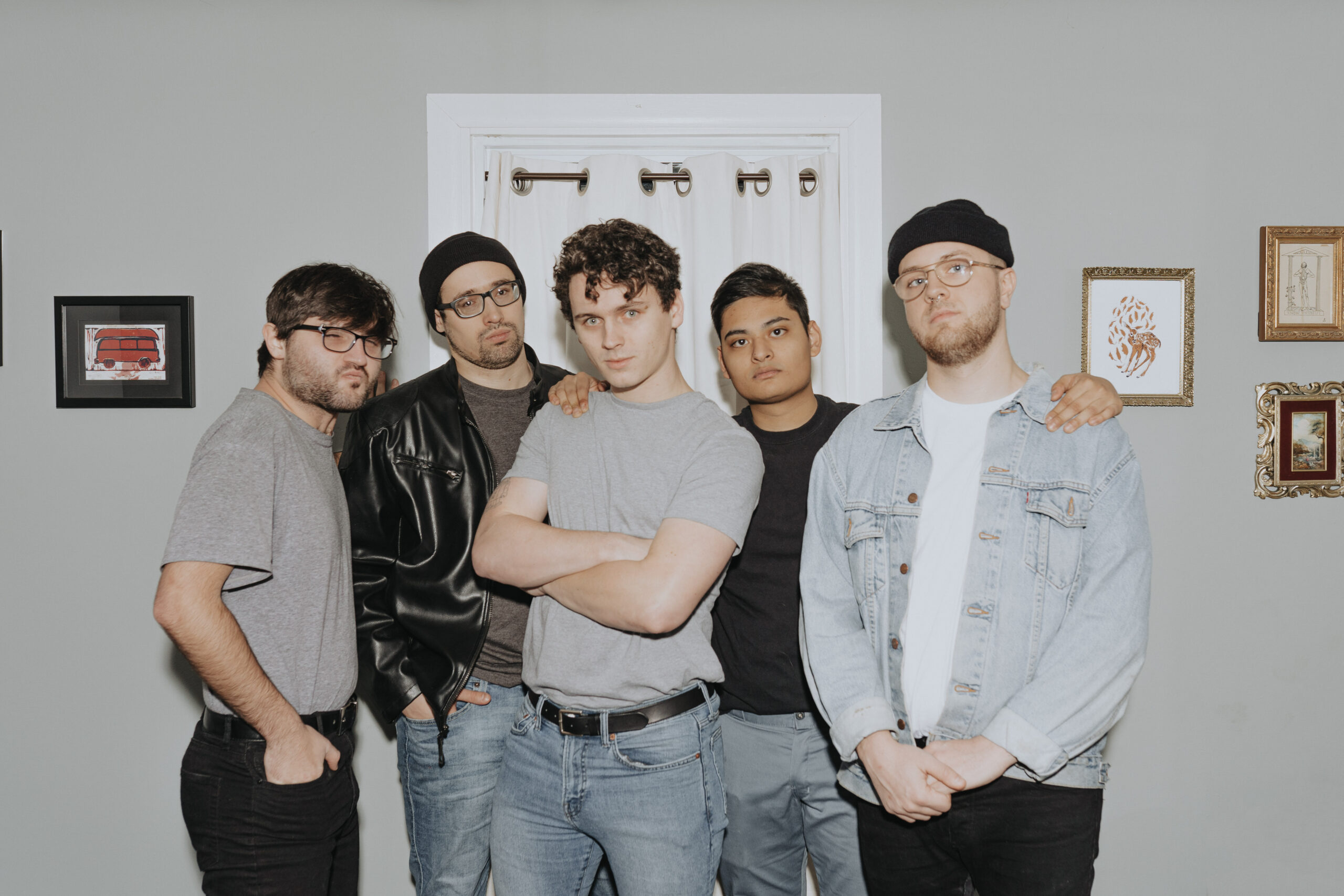 Sometimes history repeats itself in ways that you don’t necessarily predict — even in the music industry. As someone that lived through, albeit in high school, The Wonder Years coming up and shifting from a goofy easy-core band into an unstoppable pop-punk force, I thought we would never see something like it again. The tear they went on from The Upsides to The Greatest Generation — where each album took them to another, new level — was entirely unrivaled.

While it’s not entirely similar, and they don’t sound the same, the hype around Hot Mulligan the past few years has been inescapable. Just over two years ago, we premiered “The Soundtrack for Missing a Slam Dunk” — after previously partnering with the band to debut Opportunities and their cover of “Sweetness.” Through each release and each phase of Hot Mulligan, their presence was growing. Their fanbase expanded, and dedication only grew stronger.

When Hot Mulligan dropped Pilot, it was something I hadn’t seen since The Upsides. Everyone rallying around one band and, for lack of better term, not shutting up about them. I truly mean that in the best way possible. Sometimes I’m a bit slow on catching new artists, and admittedly, it took me some time to get into Pilot. But, I did — and I regret nothing.

When you ask the band about that success of Pilot, or at least vocalist Tades (like I did this past Valentine’s Day for this interview), they’re rather mum on it. Not in a bad way, or that they take it for granted; rather, the positive reception to their music was simply a plus for Hot Mulligan. “I’m glad [Pilot] did the way it did, and I’m glad that peopel really latched onto it, but that’s not why I wanted to put that album out for my band,” Tades tells me. He’s aware that he may sound meaner than he is — and truthfully, it never once crossed my mind that there was anything ill-willed in his explanation.

“I’m not indifferent toward it, but it’s just not the point,” he continues. “I just want to make music that I like and I want to say things that I believe and all that stupid moral shit that people only ever pretend to believe. I don’t know, it’s neat to see it happen, it’s interesting for sure to see how many people actually vibe with what we’re saying. That’s neat. I’m just like, I don’t know, I hopped off of social media and everything and I sort of stick to myself and my friends and everything else is just kind of like the background noise to everyone else that I’m close to.”

You’ll Be Fine is the follow-up album to Pilot, and will be out this Friday, March 6th via No Sleep Records. Coming from Pilot, Tades tells me that their growth was only natural — as they shifted more into their own. If Pilot was where they figured out an identity and who they wanted to be as musicians, then You’ll Be Fine is simply an expansion of that. The result, as you’ll hear Friday, is an album that consists of only songs that they want to listen to themselves. “I think it’s significantly more emo and I’m kind of stoked on that,” he confesses to me.

When I pry for a bit more as what drives him to describe it as more emo — we come to a mutual agreement: Transit-ish. By the time we’re speaking, I had been listening to You’ll Be Fine for about three weeks, and that was my instant thought. Not that it is entirely like Transit, but there’s similarities in their desire to shift their sound. In agreement, Tades says “[Transit] committed to their thing, they did a complete genre swap as — I mean they did it really well. I don’t think we could pull that off. We need to be just like somewhat straightforward guitar music, but we like to play in that field.”

So, coming from one of the men directly responsible for making the record, what does make it more emo? Well, it all comes down to experimenting — lyrically and musically. “It’s just grown up a little bit, wanting to hear more sounds,” Tades says. For Hot Mulligan, they abandon some of the self-described “chugg-a-lugging” pop punk tracks and instead provide something that at times is a little more intricate, a little more technical.

During our conversation, there are two songs that specifically come up: “Green Squirrel in Pretty Bad Shape” and “Digging In.” The former is one that I bring up and the latter is brought up by Tades himself. “Green Squirrel” is one of my favorite songs, not just on the album, but that Hot Mulligan has written to-date. Tades tells me that it’s a song they’re excited about themselves, and one that came to fruition due to the ground-work they laid with “How Do You Know It’s Not Armadillo Shells?” on Pilot. “Those songs are just kind of fun to write. It’s hard to take them super seriously when you hear the way that they sound. My game is just to make the lyrics something that I can not be ashamed of,” he shares while laughing.

As for “Digging In,” it’s a song that Tades says the band is very excited for people to hear, and describes it as a “rough one.” Explaining that description, he shares, “It’s a heavy song musically and then the subject matter is about rape. A lot of people don’t dig into the lyrics and figure out the meaning behind it, but it’s a song before the stage before you get better instead of moping down and, like, it’s the secondhand experience of somebody that you love being raped, and all you are for the next month is furious. 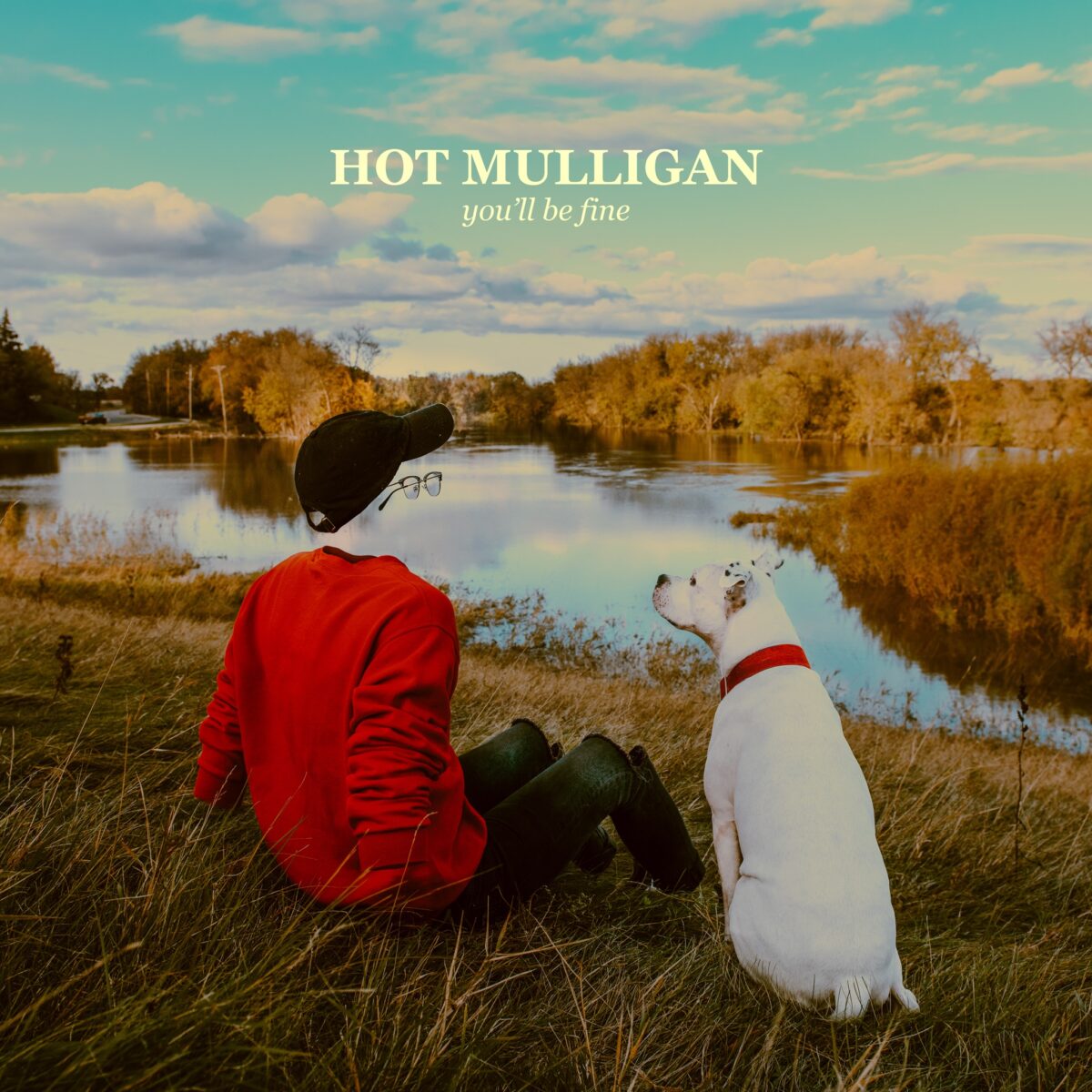 The album artwork is something that first stuck out to me, as a listener of Hot Mulligan — and it’s a beautiful shot. Turns out, according to Tades, that’s about the extent of what it represents to the band themselves. The shot was by the ever so talented Kaytlin Dargen, and when it comes to the meaning behind the artwork, she’s the best person to go to. “She’s one of the better photographers we know, and we were asking her if she had any candids or anything she could shoot us over that we could use as album art. She told us about this idea [that] she had for the You’ll Be Fine cover, and we just jumped on it because, I don’t know, the picture is sick,” Tades explains to me. “I’m sure there’s some kind of symbolism in there, but that’s all her work. She’s a genuine artist. She’s great at what she does and that picture is just sick.”

When I discover that the artwork doesn’t necessarily have a direct connection to the title You’ll Be Fine itself, my next question was to find out what “you’ll be fine” was supposed to mean. My first guess that I threw at Tades was one of positivity, sort of like an uplifting message of: through it all, you’ll be fine. Turns out, I was wrong. I wasn’t just wrong, I really couldn’t have been more wrong. “That’s kinda neat that you gravitate toward that, that’s good,” Tades says light-heartedly chuckling at my swing-and-miss. It actually comes from a line in “Analog Fade (New Blue Sky),” in which the lyric goes “you’ll be fine // just forget all about me” appears. Despite his initial opposition to the title, he eventually came around due to how it fits the overall themes on the album. “It matches with a lot of the songs and the themes of it, like, where things — if it’s cool to be a nihilist now, things don’t always get better, you don’t know if you’ll be fine. But, people always whip out the reassurance and let you know you’ll be alright, but nobody really knows,” he explains to me.

You’ll Be Fine is truly the next step for Hot Mulligan. It’s a natural evolution in their career, and one that they’re all thrilled to hear. It’s different, but yet familiar. The differences come in part due to the construction of the album — Tades wrote most of the lyrics as opposed to Chris, who had been the previous primary songwriter — and others differences just come from getting older, and changing. But it’s fine, right? Who the hell knows.

‘You’ll Be Fine’ is out this Friday, March 6th via No Sleep Records. Pre-order the album here. 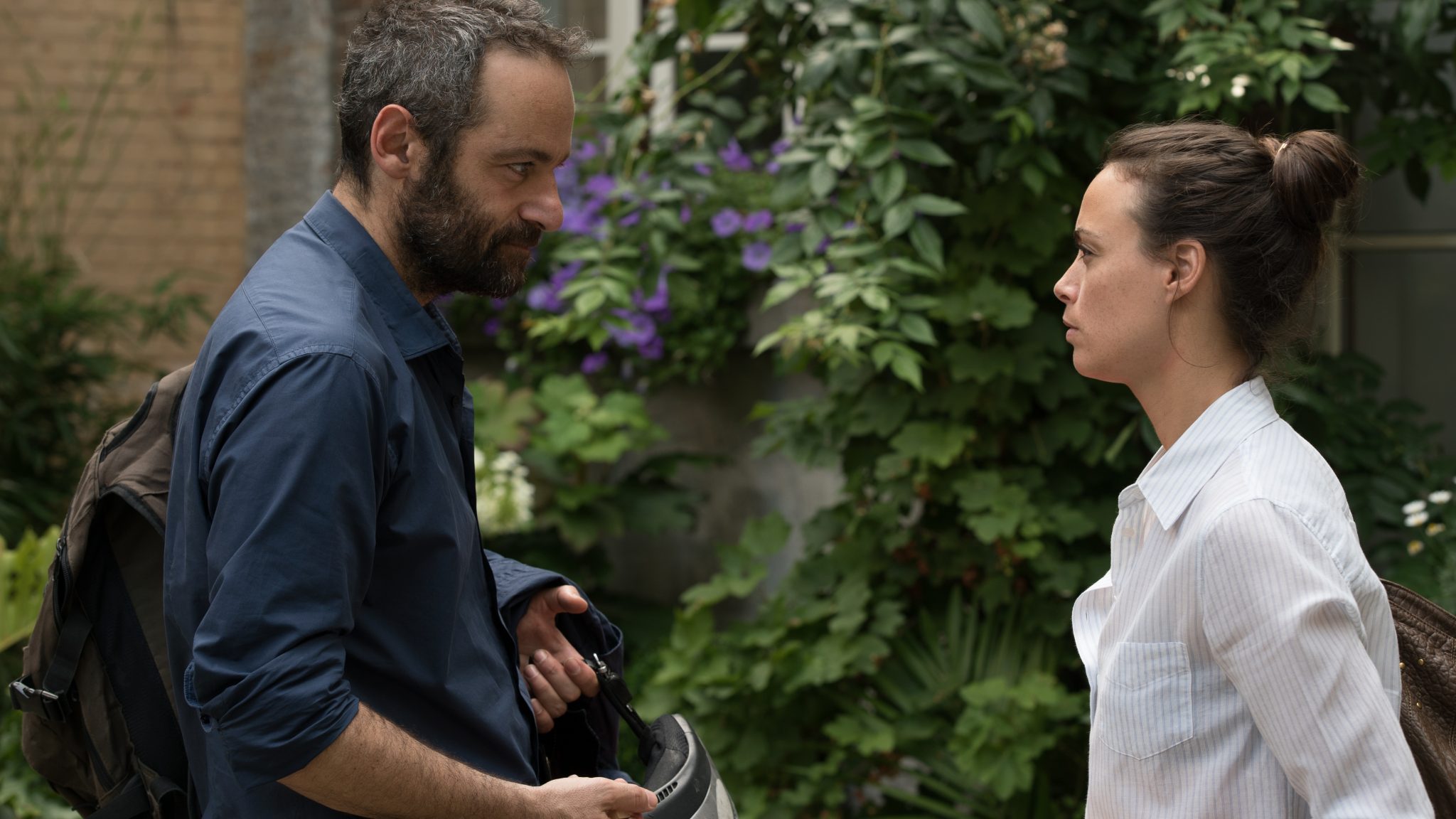 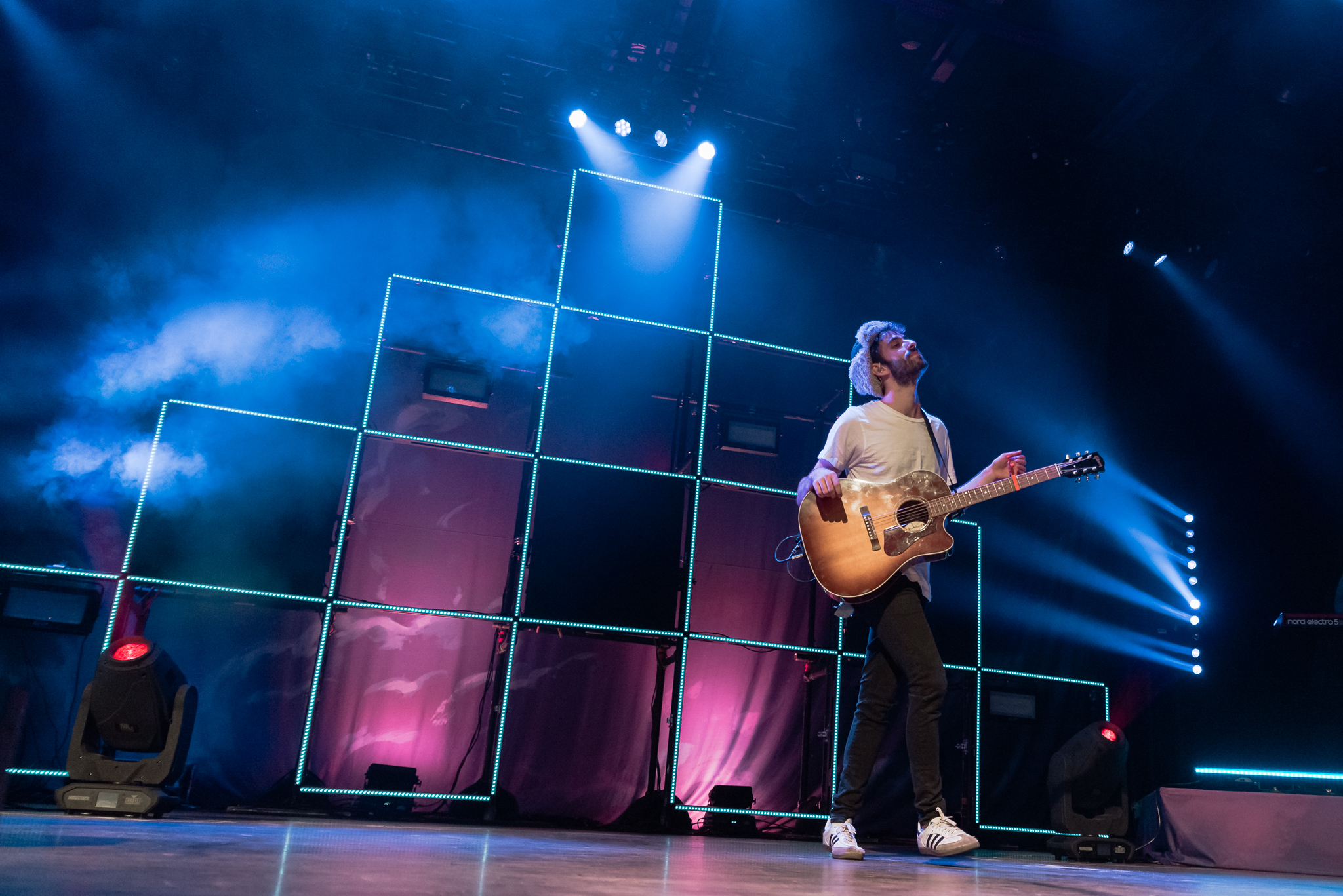 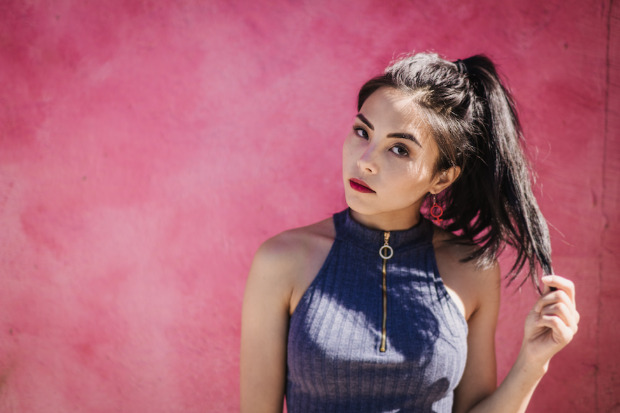 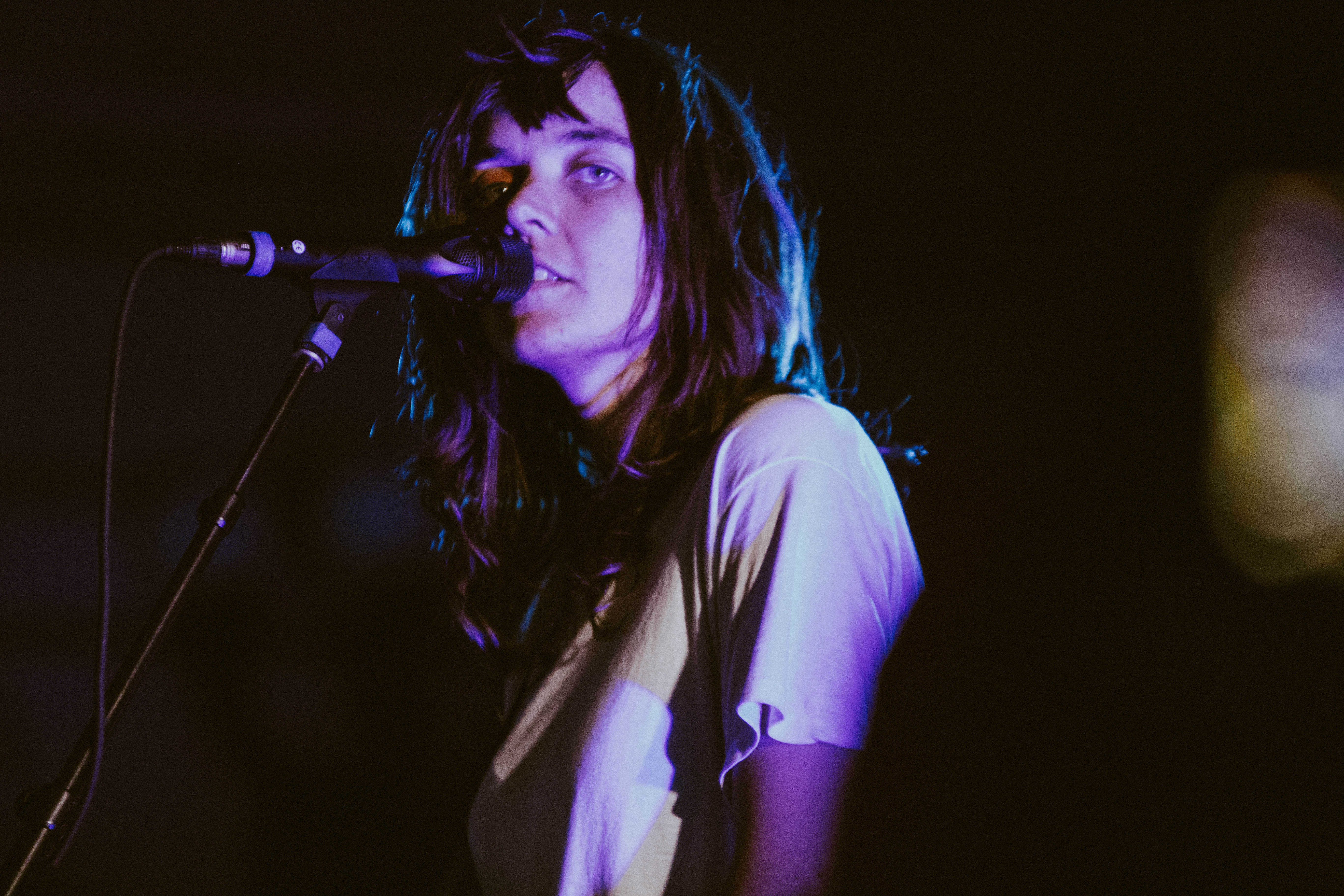