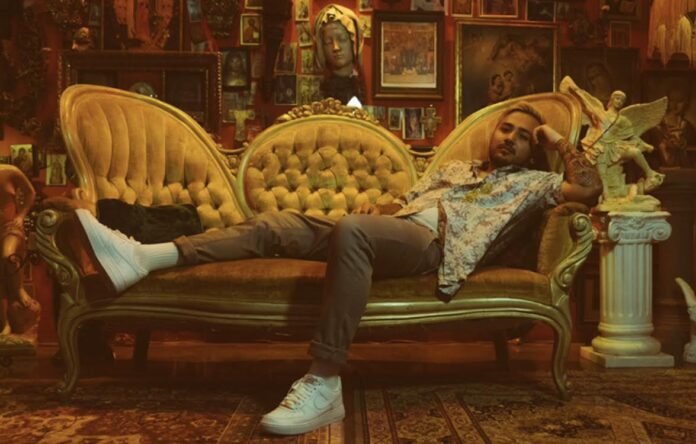 Calling on the emotions of love and keeping true to his smooth sound, DAMIAN delivers the dramatic audio to his song, “Cross My Heart.” Hailing from Mission Viejo, CA in Orange County, this West Coast crooner gives fans earthy R&B sounds over crispy production from RAREBEAR. Recorded in Los Angeles at the Mint Room Studios, DAMIAN evokes a range of emotions over this ballad-like single drawing the listener in with heartfelt lyrics.

“Cross My Heart is a song that I wrote about being in love. It has real feelings behind it and I think the track brings those feel-good vibes of when you are in love,” DAMIAN explained. ”My guy Truman will direct the video which I’m planning on filming in the Philippines where my family is originally from. I’ve never been there but my grandpa talked to me about it and it’s been a lifelong goal of mine to go there someday. ”

Bouncing back from a near-fatal skateboarding accident in the 10th grade, DAMIAN fractured his skull and was unsure if he was ever going to walk again. After being in the hospital for almost a year DAMIAN made a full recovery but had to re-learn hand and eye coordination.

The tragic accident turned out to be a blessing in disguise as he quickly took to music after his friend took him to his home studio to learn about making music. Available now via Treacherous Records, stream “Cross My Heart” below.

While this song isn’t set for release on any particular album, DAMIAN is steady at work and plans to release more music in the coming months.

“I don’t have any features, there are no additional songwriters, it’s all me and RAREBEAR on this track. In the next few months I plan on following up with more music, and visuals. I expect lots of progression – we spent all of last year doing things a little different and we used 2019 to prepare for 2020. The time is now.”