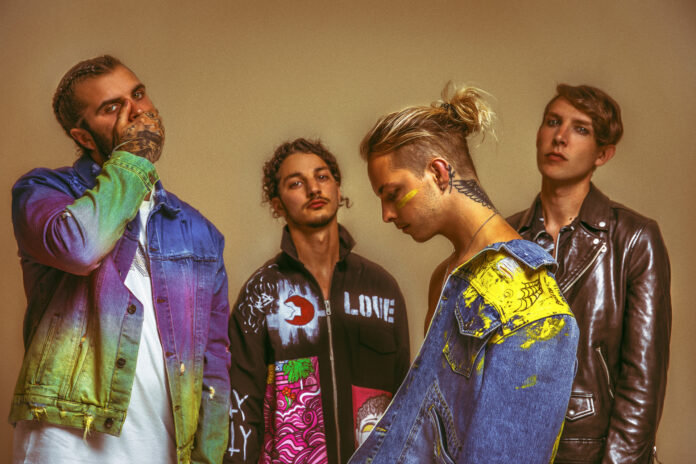 Today is a big day for The Hunna, as they kick off the next chapter in their band. They have officially announced their new album, I’d Rather Die Than Let You In, which will be released on May 15th. The album is currently up for pre-order here.

On top of the album announcement, The Hunna have released a new single and official video for “Cover You,” which features Travis Barker. The accompanying video was directed by Jordan Wozy (Machine Gun Kelly, Yungblud), and sees love blossom in the thick of a mosh pit, which features real fans of The Hunna, while the band is performing for the crowd.

“Cover You” is ultimately a youthful love song that brings nostalgia from our favorite concert. “Ultimately it’s a song about young people falling in love in the mosh pit, having the time of their lives together like nothing else exists and nothing can hurt them, and saying to one another ‘if we go in this pit, there’s no going back’ and ‘if we do this, I’ve got your back,” explains The Hunna.

For I’d Rather Die Than Let You In, it signifies a life-changing two years fo The Hunna, in which they shed the ghosts of their past and work towards celebrating the present and future of their band. Working with Travis Barker, Pete Wentz, Josh Dun, John Feldmann, and more, the album explores a new area for the group and showcases how different they are, with an underlying theme that emphasizes moving on.