For the past year and a half, The Front Bottoms have been a little quiet in the music scene. Today, the two-piece from New Jersey announced a run of headlining shows, which kicks off their largest performance in New York City at Hammerstein Ballroom on April 17th.

This past December, The Front Bottoms returned with “Camouflage,” which marks their first new music in over a year. The standalone single, which debuted alongside a Mark Jaworski directed music video, was praised by The FADER who declared the song, “…a celebration of sorts for a band perennially on the fringes of a major breakthrough.”

Brian Sella and Mathew Uychich shared a note with fans alongside the release of “Camouflage” explaining, “We spent a lot of the last year reflecting.  There was a lot to think about, a lot to stress about, and a lot to be happy about. We feel lucky about it all, but it’s getting hard to separate real life and the music, or tell which parts even belong to us and which parts belong to you. That’s the best though. We retreated for a while, learned some stuff, then came back and learned some more. You definitely learn more when you’re around the people you love and the people you care about. We made new stuff, lots of art, all different kinds of stuff, some of which will hopefully never leave our heads. A meditation practice, breathing exercises… life is crazy. New song.”

The Front Bottoms are currently in the studio working on the follow-up to their 2017 LP, Going Grey, which is expected to arrive this year. 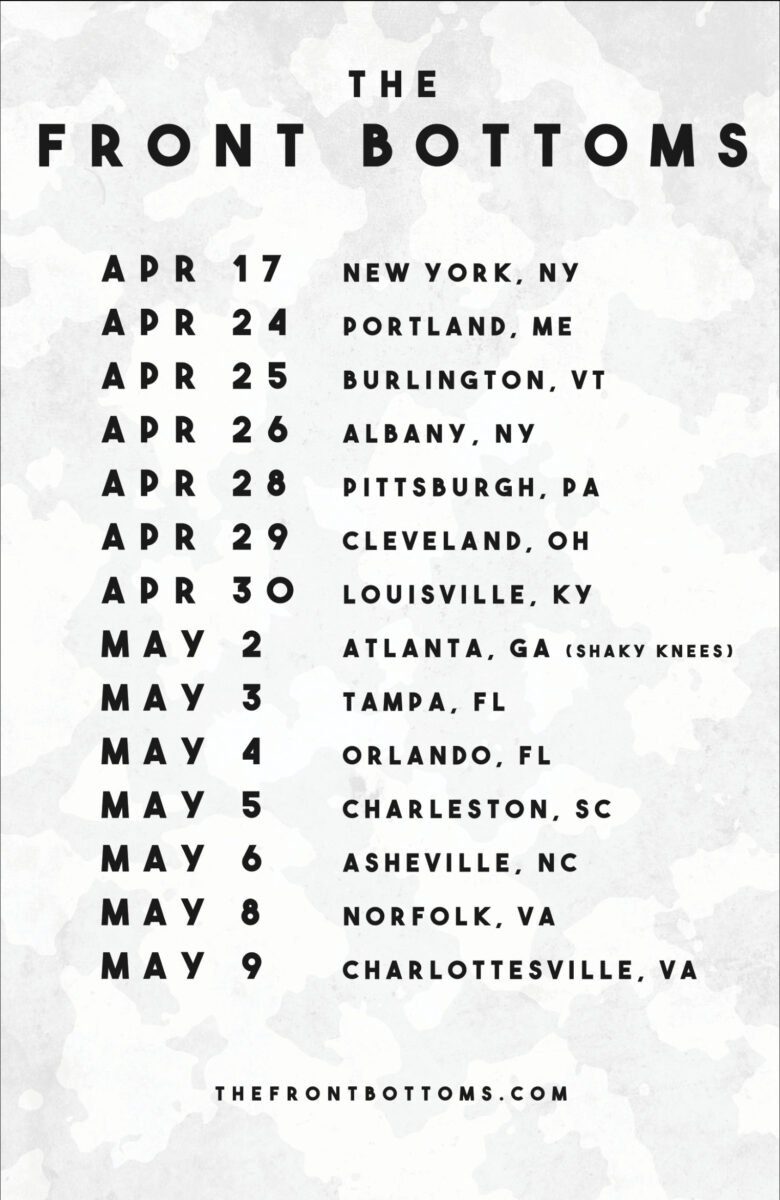