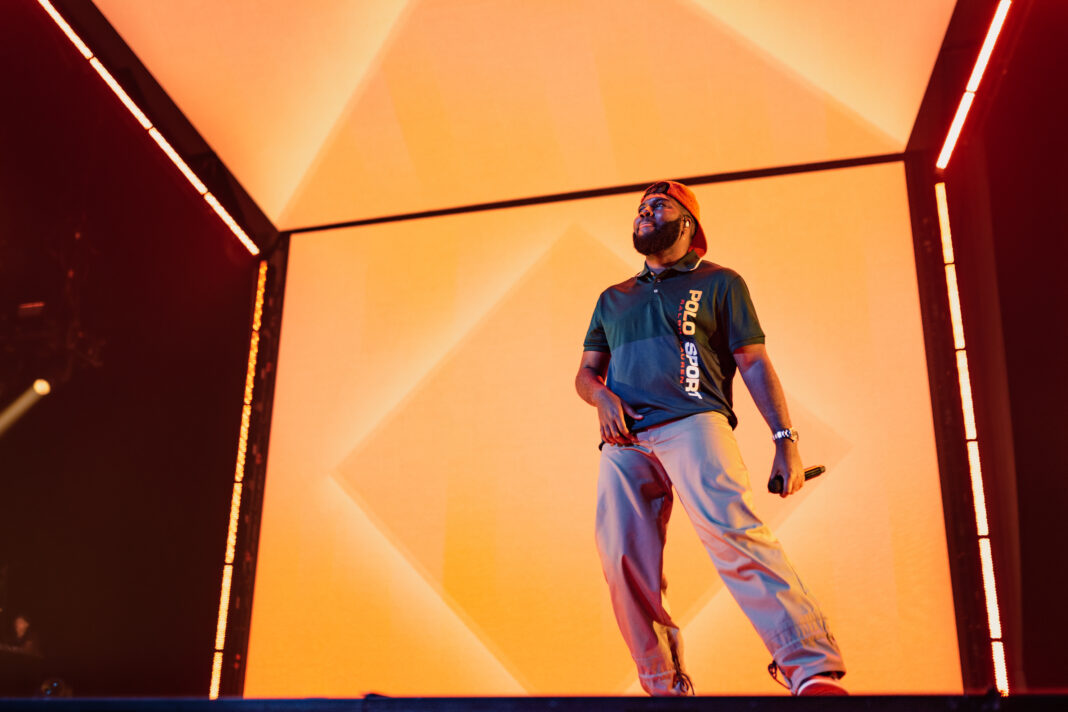 Khalid brought the Free Spirit tour to Washington D.C. last week at Capital One Arena. The 14,000 capacity arena was already packed as Clairo (Claire Cottrill) opened the show. Her low-key vibes were met with echoing voices as the crowd sang along to her songs. After many rounds of the crowd chanting his name in between sets, Khalid came on stage and paused for a moment to absorb the energy of the fans. The stage had a minimalist look to it, featuring a massive LED backdrop and overhang, yet it didn’t take away from the vision he was creating. The entire performance was an aesthetic dream, colorful and free-spirited to match the ethos of his album.