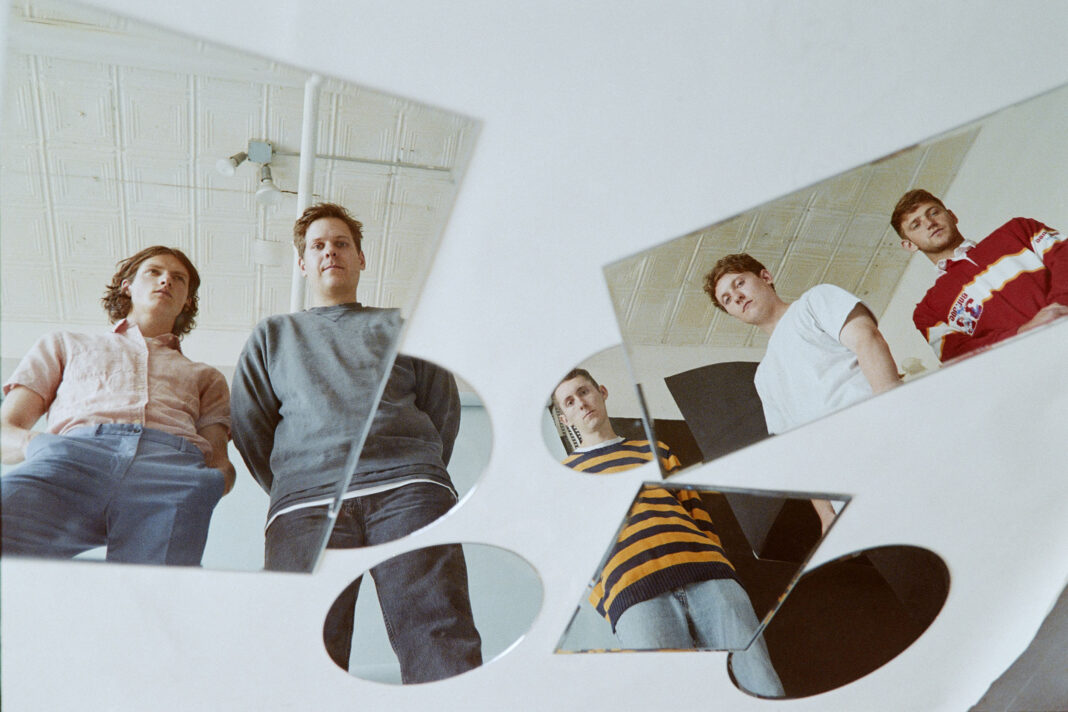 Groups of goths regularly swarm Irving Place, NYC at night because of the frequent emo gigs taking place at the great Irving Plaza. Wednesday, May 15th, the darkness falls around 7:30pm and the leather-clad, tattooed adolescents either end up at Webster Hall where Citizen and Knuckle Puck bring their pop punk spirit or at Irving Plaza where Basement and Nothing fill the room with their emo energy. Guess where I end up.

Philly quartet Nothing have a way of pushing the boundaries of self-expression in music. Tired of Tomorrow is an album that has resonated with many people because of its raw emotion, yet the words sung by Domenic Palermo are often overshadowed by the instruments and a little distorted. Although the lyrics do play a major role in the intensity, the sonic landscape seems to be overruling and all-telling. It makes sense since they fall under the shoegaze genre, but it also borders on post-hardcore with their heavy guitars. Whereas shoegaze is usually thought of as tame and dreamy, Nothing have twisted it into a harsh, nightmarish sound that matches the tragedy of their lyrical ideas brilliantly, and it translates ethereally in their live performance. Although the audience stands idly with their hands at their sides, the band plays immersively, transforming Irving Plaza into a dark headspace of numbness. It feels like falling into a perpetual void, especially as the band transitions into songs seamlessly, making the pain never-ending.

Basement emerge on stage, ready to take the sadness and turn it into anger. They begin with “Disconnect,” the buoyant anthem that opens up their latest record Beside Myself. The crowd is excited, swaying and headbanging a bit, but they’re not that excited. It could be because the song is new, or because it doesn’t have enough aggression. The answer ends up being the latter — as soon as the band catapults into the vehement “Nothing Left,” the swaying crowd is suddenly pushed to the corners of the room and a pit takes over in the center. I know suddenly that fans more than approve of Beside Myself, they love it. It becomes clearer and clearer throughout the whole set, which fits in a big chunk of Beside Myself, as the pit persists and only grows in participants and energy. Lead vocalist Andrew Fisher looks surprised himself, amazed with the constant exuberance and locking eyes with every crowdsurfer to reciprocate passion. Of course the crowd gets even crazier when the band fits in some classics like “Whole” and “Fading,” and fans are reminded of the foundation of their love for Basement — reminded of where it all started. Nostalgia pulsates throughout the crowd, especially during the second-to-last song, the bittersweet “Covet.” The crowd is collectively singing along, moving carelessly, feeling simultaneously content and nostalgic, never wanting it to end.

Luckily, it doesn’t end yet, because Basement just can’t let it come to a close on a note that’s any less than complete tumult. They finish up with the chaotic “Promise Everything,” so everyone can shove into each other aimlessly and get in their last mindless movements of the night. And that’s how it goes down — their last yells of “Promise nothing” signal their exit, and fans are left heaving and panting and somewhat glad they can catch a break. Still, they probably could’ve probably gone on all night if Basement kept at it, because the devotion is evidently unbreakable.