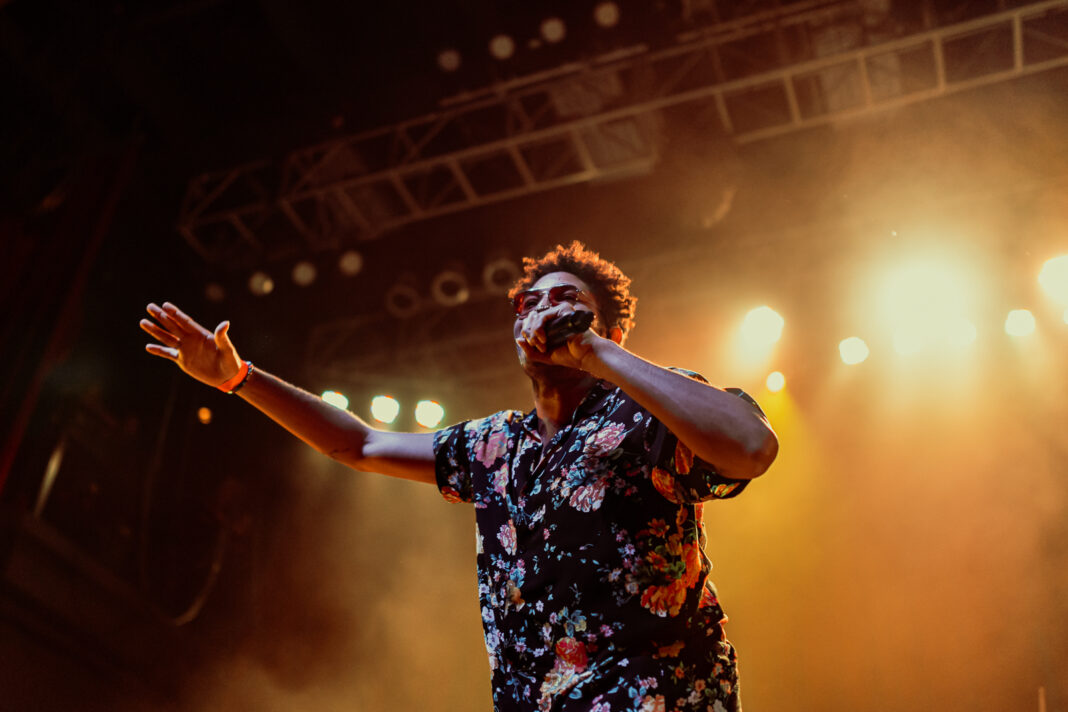 With the release of his new album Carnival in late July, Bryce Vine has been performing his music around the US all summer long. His stop in Silver Spring, Maryland, was nothing short of a summertime party. Opening for Bryce Vine was Silver Spring’s own, Adé (formally Phil Ade), who released his debut EP Always Something in February. Fans came from near and far for the show, and were equally supportive of both acts. Adé offered thoughtful lyrics and poetic verses. His melodic beats complimented Bryce’s upbeat tracks in a way that was evocative of driving along a curvy road in summertime, windows down and good tunes blasting through the speakers. If you haven’t listened to either album, that was the perfect environment to do so.