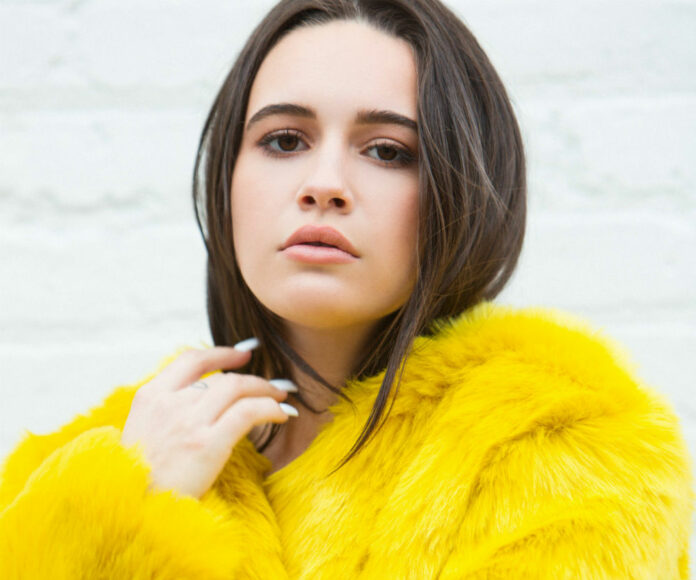 Bea Miller has emerged today to release a new single and video, “FEELS LIKE HOME (ft. Jessie Reyez)”. The sweet visual follows two couples, one lesbian and one polyamorous, chronicling various stages of their relationships, from the beginning/honeymoon phase, to the inevitable first fight, to the making up and realizing it was meant to be. Watch below.

“I don’t normally sing love songs but when the opportunity came up to do this song with Jessie, i thought it would be dope to do this with an artist i love on a great song,” Miller revealed yesterday via Youtube comment. As someone said in a reply, we certainly hope she reconsiders, as her voice could make anyone fall in love in a heartbeat.

“FEELS LIKE HOME” comes on the heels of a new music video for her track,  “feel something,” released just last week. Here’s that video, which sees her sporting a beautiful shade of pink hair amongst futuristic, pastel-neon visuals.

As previously announced, Bea Miller will be out on tour this fall for a headlining “sunsets in outerspace” tour, with Kah-Lo supporting. A full list of dates can be found here.