Bandits of the Acoustic Revolution

A bit outside of the comfort zone of the Chicago Theater’s usual crowd, ska fans were lining up down the street to see a show with an interesting history: the Bandits of the Acoustic Revolution Orchestra, featuring Streetlight Manifesto. Bandits of the Acoustic Revolution, or BOTAR, started as a side project of Streetlight Manifesto and Catch-22 way back in 2001. This musical collective had two rules for joining: you must play an acoustic instrument and you must kick ass at it. Their first EP, A Call to Arms, came out that same year, and it featured only five tracks with two original songs, a Streetlight Manifesto cover, and a Catch-22 cover. Despite the limited track listing, this EP was a cult favorite in the ska scene for years.

Over the years, little tidbits of a feature length album 99 Songs of Revolution were dropped, and in 2008 it was announced that 99 Songs of Revolution was not a single album, but an ambitious eight album collaboration between BOTAR, Streetlight Manifesto, and two other bands. In 2010, Streetlight Manifesto released 99 Songs of Revolution vol. 1, an entirely acoustic cover album, featuring songs by NOFX, The Postal Service, and  more. There was never a second volume, and news of Bandits of the Acoustic Revolution subsided. All of this history to say: never in my life did I expect to see this group live. In 2018, they abruptly performed two shows then earlier in 2019 they announced a three city event: New York, Chicago, and Los Angeles.

The Bandits of the Acoustic Revolution Orchestra featuring Streetlight Manifesto is a super long name, but what it boiled down to was an all-acoustic Streetlight Manifesto show backed by an orchestra. Needless to say, it was a hell of a show. The Chicago Theater was far from at capacity, but the energy in the crowd filled the venue all the same. From the balconies to the theater floor, people were out of their seats cheering for their favorite songs, shouting out requests, and dancing down the aisles. Streetlight frontman Tomas Kalnoky went out of his way to say the name of every song they played, invigorating the crowd with every title. Watching the crowd lose it when he said “This is ‘Watch it Crash’” or joining in with the excitement when he said “Everything Went Numb” was an amazing experience. The band played songs from their oldest albums, their newest albums, everything between, and played 4 out of the 5 songs on the BOTAR EP.

By the end of the show, Streetlight played more songs from their two newer albums Somewhere in the Between and The Hands that Thieve, and they surprisingly didn’t touch anything from their own contribution to the 99 Songs of Revolution project. Despite this, they put on an incredible show. Kalnoky’s enthusiasm for being there was clearly contagious, and every member of the main band was equally enthusiastic. The orchestral backing was an amazing and unique way to see some of my favorite songs, and it added to the overall showmanship and spectacle of the whole event.

The band’s final show will be in Los Angeles at The Dolby Theater on Saturday, May 18th. Get your tickets to the final show here.

Bandits of the Acoustic Revolution 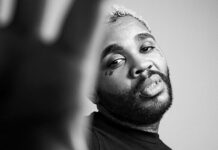