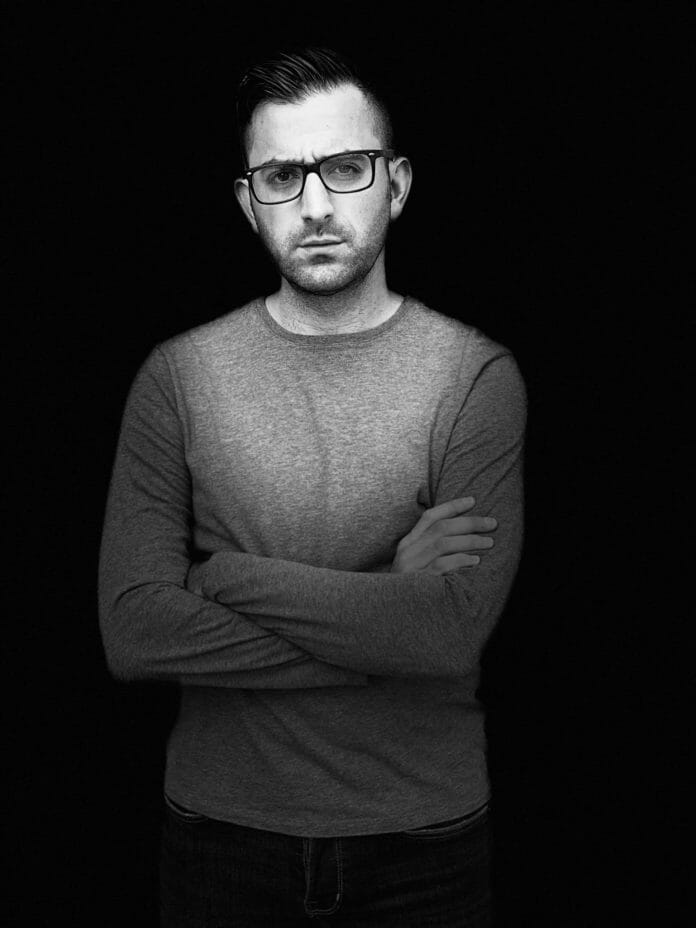 I was born in March of 1981, but I totally consider myself a 90s kid. I know that nearly everyone thinks that the music and art of their youth is superior to all music and art decades before and after, so I won’t succumb to that cliché, as one’s personal taste is a subjective medium. However, I will confidently say that the 90s truly were multi-faceted, unique, distinct, and “iconic” by any interpretation of the word.

The 90s had many musical waves: It started with 80s hair metal being vilified and decimated by grunge and its icon Kurt Cobain, morphed into the rise of mainstream punk (or “punk” to ardent and bitter fans of the genre) after Kurt’s death at 27, had a brief cameo from swing and ska as both genres quickly rose into and fell from the global consciousness, and ended with a flurry of bleached blonde boy bands and Adidas-clad nu-metal rap rockers reigning supreme into the next century.

Each year of this decade had its own separate identity, but this piece is mine, and I will shout out my own personal gold medal albums with some detail, and touch on a few life events that may explain why such are held in personal high regard. I’ll also bring to light my monumental movies of each year with one sentence explaining why. Remember, all of this is just one man’s opinion.

MC Hammer’s multi-platinum selling record “Please Hammer, Don’t Hurt ‘Em” came out a few weeks before I turned nine, and single-digit Scotty rocked the heck out to his cassette featuring such monster hits as “U Can’t Touch This” and “Pray” to the point of oblivion. Admittedly, hip-hop is not my favorite genre, but Hammer really found a way to conquer my personal airwaves and every elementary school on the planet. I dug his vibe, his rhymes, his dances, and his baggy pants. His attire was so distinctly his that his pants were named after him, and EVERYBODY called them such: Hammer pants. Pretty insane. Here comes the hammer.

Nirvana’s “Nevermind” gets a lot of love, and deservedly so, but it wasn’t their first album. Pearl Jam’s “Ten” may reign supreme as the most powerful and visceral rock debut of all time. As a ten-year-old, I felt that my hometown on Long Island was sponsored by the Seattle based group, as I couldn’t avoid hearing “Alive” blasting from an adjacent car, stumbling upon the sad and dark video for “Jeremy” on MTV, or listen to a peer mangle Eddie Vedder’s “Even Flow” lyrics and timbre. I really dug that such a great band was so universally loved. Also, it’s quite unreal that the band still exists and thrives with most of its original members.

Macaulay Culkin ran shit in the early-90s, and “My Girl” proved that he could make one laugh as hard as cry.

I think that “Weird Al” creates perfect music for eleven-year-olds (and kids and adults of all ages), so when “Off the Deep End” came out, it was an instant hit in my friend circle. He was so funny, so clever, and so damn musical, making him hard to dislike. Nirvana, Milli Vanilli, MC Hammer, New Kids On The Block, and many other ginormous early-90s acts were parodied brilliantly on this record, and “Off the Deep End” is credited as re-propelling Mr. Yankovic back into the global lexicon. Well deserved. I can’t wait to see him with a full orchestra this summer.

I can’t think of a Disney movie that I enjoy one-tenth as much as I love “Aladdin,” and I’m scared/excited for its live remake this year.

It’s hard to follow up what may be categorized as THE ultimate 90s record from THE ultimate 90s band, but Nirvana found a way to make a super noisy, aggressive, and loud album a mainstream smash. While it didn’t have the staying power or sales of “Nevermind,” megahits like “All Apologies” and “Heart Shaped Box” still dominate alternative (and crazily classic rock) radio, and a front-to-back listen of “In Utero” is even more powerful as it was in 1993. It’s especially difficult to listen to the record after learning more about Kurt Cobain’s troubles with drugs and depression. To many, “In Utero” felt like a twelve-track suicide note, and so many of its hard-hitting songs were rearranged with acoustics and strings on the following year’s posthumously released “MTV Unplugged in New York”. Not too many bands can do this so seamlessly.

I wasn’t much of a baseball player growing up, but I truly wanted my own team after watching “The Sandlot”.

1994 may be one of the most important years of my life. I had my Bar Mitzvah in March of said year, and punk (a genre of music that would eventually dictate my life’s trajectory) broke out into the general public with bands like The Offspring and Bad Religion later that year. But no one defined mainstream punk rock more than Green Day with its major label debut “Dookie”. I had no older brother to show me what was cool, but Green Day felt like “my” band and I wanted to tell the world about it. For some reason, I just got it, connected with each power chord and vocal, and I just simply loved (and still love) it. If you ever are lucky enough to go to a Green Dayshow, you will marvel at how many hit songs the band has and this album has five hits. FIVE. A band is lucky to have one hit. Also, the band’s Woodstock set that year definitely propelled them into icon status.

Three of my favorite movies (“Forrest Gump,” “Pulp Fiction,” and “The Shawshank Redemption”) came out in 1994, but I’ve never re-watched any film more (and enjoyed each viewing more) than I have for “Forrest Gump”.

Album: Rancid – “…And Out Come The Wolves”

As punk became a hot genre, record executives were clamoring for the next Green Day or Offspring, and they believed that they found it in Rancid. Rancid rose from the ashes of Operation Ivy (fun fact: I’m wearing an OpIvy t-shirt as I type this), a band that fell apart before it was about to blow up, and Rancid’s first two releases gained more and more traction with the underground each and every day. I once read that the band’s third record “…And Out Come The Wolves” references the fact that everyone wanted a piece of Rancid. Everyone. The band felt like pieces of meat, chose to remain at its independent label Epitaph, and released this nineteen track punk-ska-hardcore record to great success. It truly punches you in the gut in the best way.

No movie makes me laugh out loud as much as Adam Sandler’s “Billy Madison”.

I still find it such a travesty that this record almost broke up the then-multiplatinum Weezer. Often listed as every “scene” band member’s favorite record, Weezer threw the general public for a loop by following up its debut self-titled power-pop masterpiece with ten emotional, gutteral, and raw songs, all of which failed to resonate with the general public. The band took a break after the backlash of the album, and came back a few years later with a return-to-form record (also self titled, and often referred to as “The Green Album”) that managed to rise the band’s stock back again into prominence. Still, I can’t name an album on this list that I have listened to more and enjoyed more than “Pinkerton,” and happily, the record recently became platinum, proving that good things sometimes do come to those who wait. Thank goodness.

Movie: “That Thing You Do!”

I’ve never met a human being that doesn’t enjoy “That Thing You Do!”.

Album: NOFX – “So Long and Thanks for All the Shoes”

NOFX doesn’t get enough credit for this album. While “Punk In Drublic,” remains its best seller, and “Ribbed” remains a crowd favorite (the band recently released a live album playing “Ribbed” front-to-back), “So Long and Thanks for All the Shoes” is singer/bassist Fat Mike’s favorite NOFX record, and writer/manager Scott Waldman’s as well. There’s so much diversity on the album: from hyper-fast aggressive technical rock, to horn driven ska-punk, and even to some slower paced reggae jams. Fourteen of the album’s sixteen songs clock in at under 2:30, so if you’re bored during one track, it’ll be over soon. Plus, it’s fucking hilarious.

Movie: “As Good As It Gets”

I’m still salty that Greg Kinnear didn’t get the Best Supporting Actor Academy Award for “As Good As It Gets”.

While I went to my first Warped Tour in 1998, my favorite release from that year is not a punk record, but it definitely was a favorite for a newer growing counterculture. Emo was definitely rising in the mid-to-late 90s, but it didn’t become a vocabulary word to the globe until the following decade. Far’s “Water & Solutions” is probably the worst selling album on this list, but remains a current favorite. The band managed to conjure up emotion, biting lyrics, aggression, acoustics, strings, and screams over the course of the twelve tracks on “Water & Solutions,” and the band’s NYC Coney Island High set in Summer 1998 remains one of my favorite live shows I’ve ever been to. Plus, the show cost $1. One dollar. Money well spent and a release often ignored… Don’t sleep on this record!

Like 1994, 1999 is definitely one of the most important years of my life. I graduated high school in 1999 and started college that same year. Just before I finished high school, Jimmy Eat World released its seminal masterpiece, a sterling orchestral melodic tour de force known as “Clarity”. This record got the band dropped from its major label, but highly elevated its fan base and redefined what the word “emo” meant to some. Just two short years later, Jimmy Eat World became impossible to avoid with its excellent follow-up “Bleed American” featuring the smash “The Middle,” but “Clarity” still remains a special place in my heart. I firmly believe that there is no better road trip album, and my concert trump card may always be seeing Jimmy Eat World on tour for “Clarity” with openers At The Drive-In. What. A. Show.

I don’t think I’ve ever heard an entire movie theater laugh more frequently and louder than I did while watching “American Pie”.

That’s it. Do yourself a favor and listen to all of these albums and watch all of these movies RIGHT NOW. Long live the 90s.