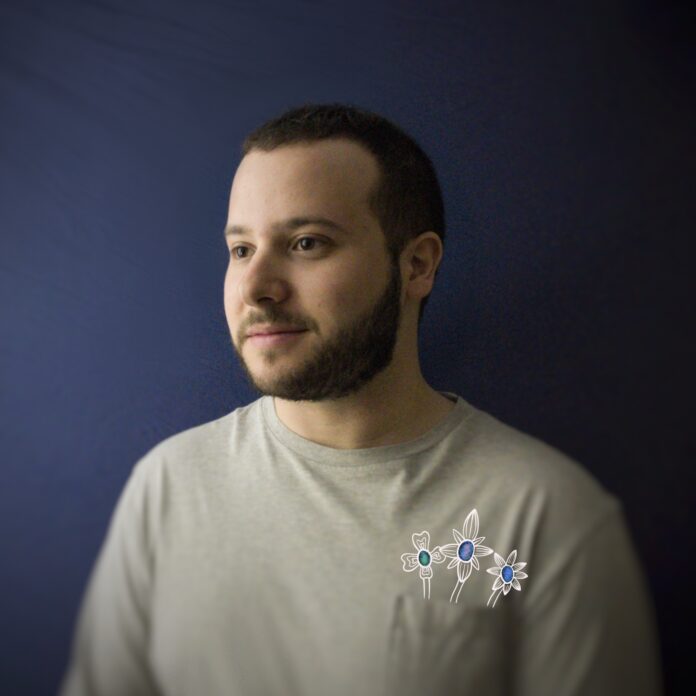 Love is a tricky thing. There are times where it’s real and true, and those times are wonderful. However, our brains can trick us into thinking we’re in love when we’re not. Reading too much into someone else’s words or becoming infatuated with someone you’ve barely met happen pretty frequently. It’s important to recognize and work towards changing those behaviors for the happiness and health of everyone involved. Mind of Max (the musical project of Max Weiner) went through this process on “Lost in My Love,” a wonderfully folky track from his 2018 album The Key. That process has now been visualized and animated with a new music video, premiering today on Substream.

The hero of this story is an astronaut on a mission. According to a news article pinned to his dashboard, the “galaxy’s happiest planet” has been found, and that’s where he wants to go. When he arrives, he does find it to be pretty great. The planet is full of beautiful flowers and amazing animals. The creature design for the video is strong, as each new animal looks more huggable than the last. As our astronaut roams the planet, he begins to realize that maybe he doesn’t need a whole planet to find happiness. The video for “Lost In My Love” serves a fun little animation to capture the spirit and lesson of the track.

Mind of Max discussed the creation of the video with us. He says:

“Often, I get caught up in the idea of someone, rather than who they show themselves to be. With “Lost in My Love” I wanted to pull from that emotional journey. I had totally missed the red flags with a new crush and finally realised that in order to be happy, I needed to go into future situations with my eyes open. Aishwarya Sadasivan created the animation and wrote the story for the video in partnership with The Wild Honey Pie. We pulled from design elements used on my album cover, and Aish’s vibrant, colourful creatures and world building brought a real sense of whimsy and magic. Her unique narrative of an astronaut in search of the galaxy’s happiest planet was a fresh approach, and I’m thrilled to see it all come together so well.”

Prepare for maximum cuteness from space animals and watch “Lost in My Love” below.