Connections mean everything to BETWEEN FRIENDS 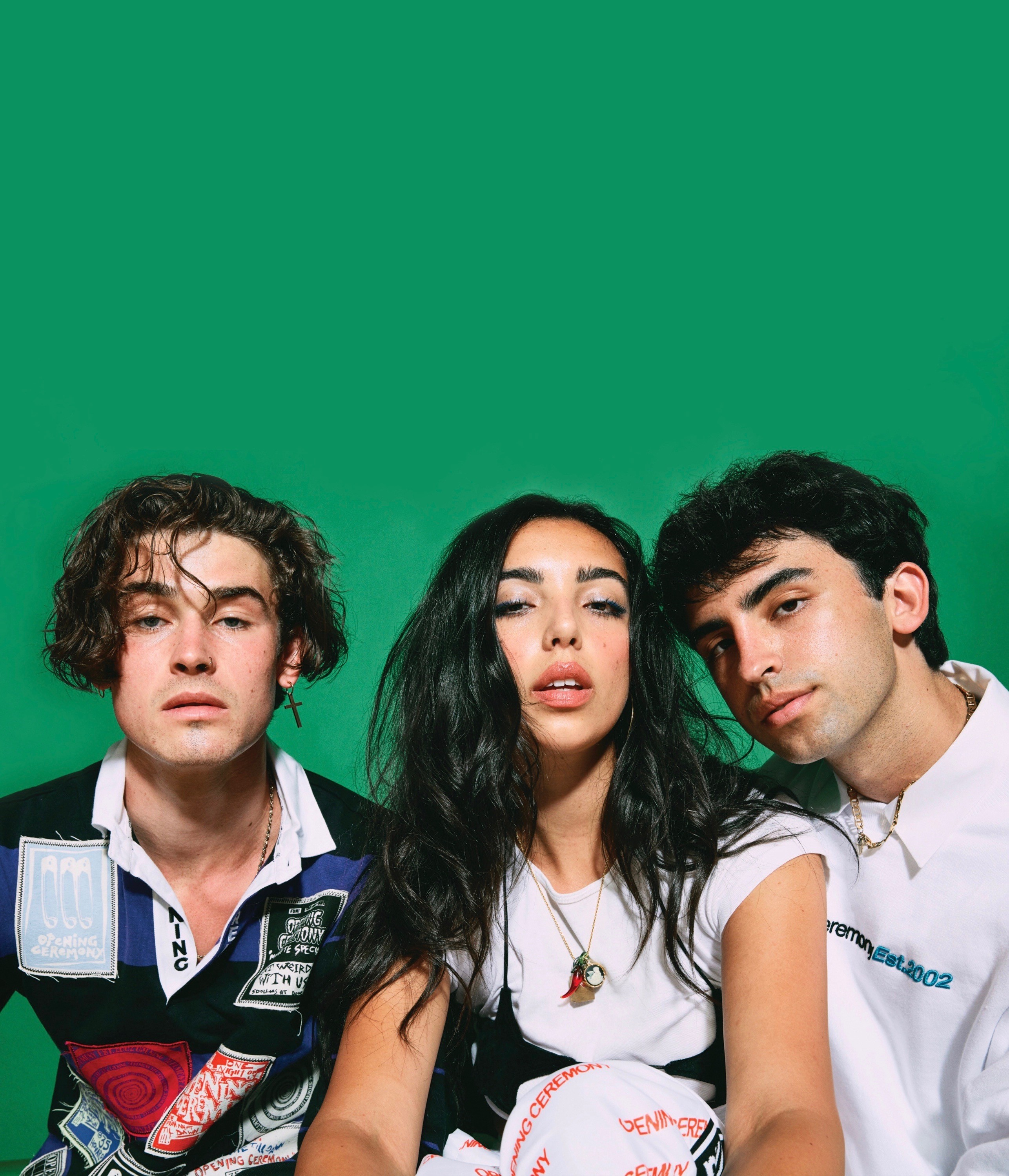 Listening to music is not a solitary act. You may listen to it alone, but you’re still sharing something. In the literal sense, you might be posting on social media about it or telling your friends about it. But even the act of listening makes you part of a larger community. There are hundreds or even thousands of people listening to the same things you are, all getting something out of the music. You may never meet this people, but you share this experience with them. You also share a connection with the artist. Music resonates with us because it can feel like someone recognizes the emotions and experiences you’ve gone through. It’s a voice saying “I understand you.” These connections are what makes music so special, and they’re what BETWEEN FRIENDS value above all. The musical creation of siblings Savannah and Brandon Hudson (and rounded out by Brennan Benko), BETWEEN FRIENDS takes the idea of sharing to a new level. They love the music, but the connections are what really matter to BETWEEN FRIENDS.

Talking to Savannah and Brandon shortly after the release of BETWEEN FRIENDS’s debut “playlist” we just need some time together, it was clear how much the release means to them. The siblings are still giddy about having the music out in the world. “We’ve been sitting on it for a second so it feels so good to finally have everything available on the internet,” says Brandon. Savannah chimes in to say that life is “amazing,” and it’s easy to see why. Each single release from the project seemed to garner more buzz than the last, and it’s clear the two share the same excitement about the music as the fans do.

All five tracks from we just need some time together came out at a furious pace to begin 2019, and that was completely intentional. “Yes, that’s definitely our new plan. We’ve never followed a routine like this before,” Brandon says when asked about the quick release schedule. He explains that on previous endeavors they’ve had to sit on music for lengths of time, and were not particularly fans of that approach. He explains with BETWEEN FRIENDS “one of our main rules in the studio is let’s not sit on anything we feel like we love.”

Savannah adds that this desire came from the way they like to listen to music, too. ” I also think that the way we consume music nowadays is so much quicker than how it used to be. We, in this generation, we’re content hungry constantly,” she says. They’re so eager to release more that they say without prompting there’s a bevy of new music that’s nearly done already. “Whatever you want to call it, if you want to call it a playlist, if you want to call it an EP, we just wanna put it out and we want to keep putting it out,” Savannah explains. She also says it helps preserve a freshness for themselves in the recording process, as their older material can sometimes sound “stale” to them before it’s ever released if it lingers for too long. This is nothing new for them, Brandon reveals. He says “We’ve always had that issue where we’ll make something, we’ll have it for a minute, and then we’ll go back to it and be like all the new stuff we’re making feels so much more fresh and we’ll scrap it.” To be able to release as they go fosters an authenticity that they say both fans and themselves appreciate.

Another aspect of BETWEEN FRIENDS that excites Savannah and Brandon is the visual aspect. While Brandon handles much of their production, the visual realm is where Savannah takes charge. “Brandon and I do everything in-house with friends and I’ve fallen in love with the visual side of things,” she says. The bright colors of the playlist’s cover art and the lo-fi feel of the musical videos is something that has been developed alongside the music, and Savannah feels has increased importance with the rise in social media feeds and visual avenues for music. She explains, “I think nowadays there are so many platforms to share the visual side of where your brain was when you were creating something or to share the process of how you made something and to do it in a way that gives your listeners and viewers an insight on you and your project.” Being able to share that side of the process again circles back to the authenticity the two cite as a major consideration of BETWEEN FRIENDS.

That authenticity extends to how BETWEEN FRIENDS feels about the connective power of music, which manifests in everything from their lyrics to their name and every aspect in between. Brandon says not only was that theme incredibly natural, it was also evident almost immediately. “We were making these songs and the first song we ever created for this BETWEEN FRIENDS project was “iloveyou” [the playlist’s opening track] and when we had originally finished it we knew right away that it felt like the first song based on the lyrical content,” he remembers. From there, the rest of the playlist fell into place as they wrote. While Savannah and Brandon both say they love more complex narrative ideas in musical projects, just sprinkling the theme of connection into the project and trusting the listeners would latch onto it was enough for them this time around. “We decided we’d just pick this emotion that we’d ride on from the first song to the end and it kinda naturally formed into we just need some time together,” Brandon says.

The connections extend beyond the music. BETWEEN FRIENDS are constantly sharing photos and talking with fans, something born from their experience as fans themselves. “The most we’ve connected with bands and with people who we are inspired by is when they try to connect with us,” Savannah says, “…We want to be going through these things together.” She also effusively thanks all of the fans who have reached out and listened to the band, and the gratitude is palpable.

The next step for BETWEEN FRIENDS is planning the live presentation of we just need some time together, which has yet to be played on a stage. Brandon says “We’re really looking forward to playing shows and we’re kinda putting our set together now and getting everything ready and it’s been a lot of fun.” He says the goal is to create that same sense of cohesiveness without just playing the playlist in order like you can at home. Savannah adds that they have a whiteboard with ideas that they’ve filled up with show concepts, so their first show with this material will not be any thrown together performance; it’ll be meticulously planned.

Savannah and Brandon Hudson share a connection as bandmates and siblings. With BETWEEN FRIENDS, they’re working towards harnessing their own sense of community with the connective power of music to create something truly special. we just need some time together is testament to their ability to pull it off. With a commitment to bringing people in and more music already on the horizon, BETWEEN FRIENDS’s community is only going to grow from here. 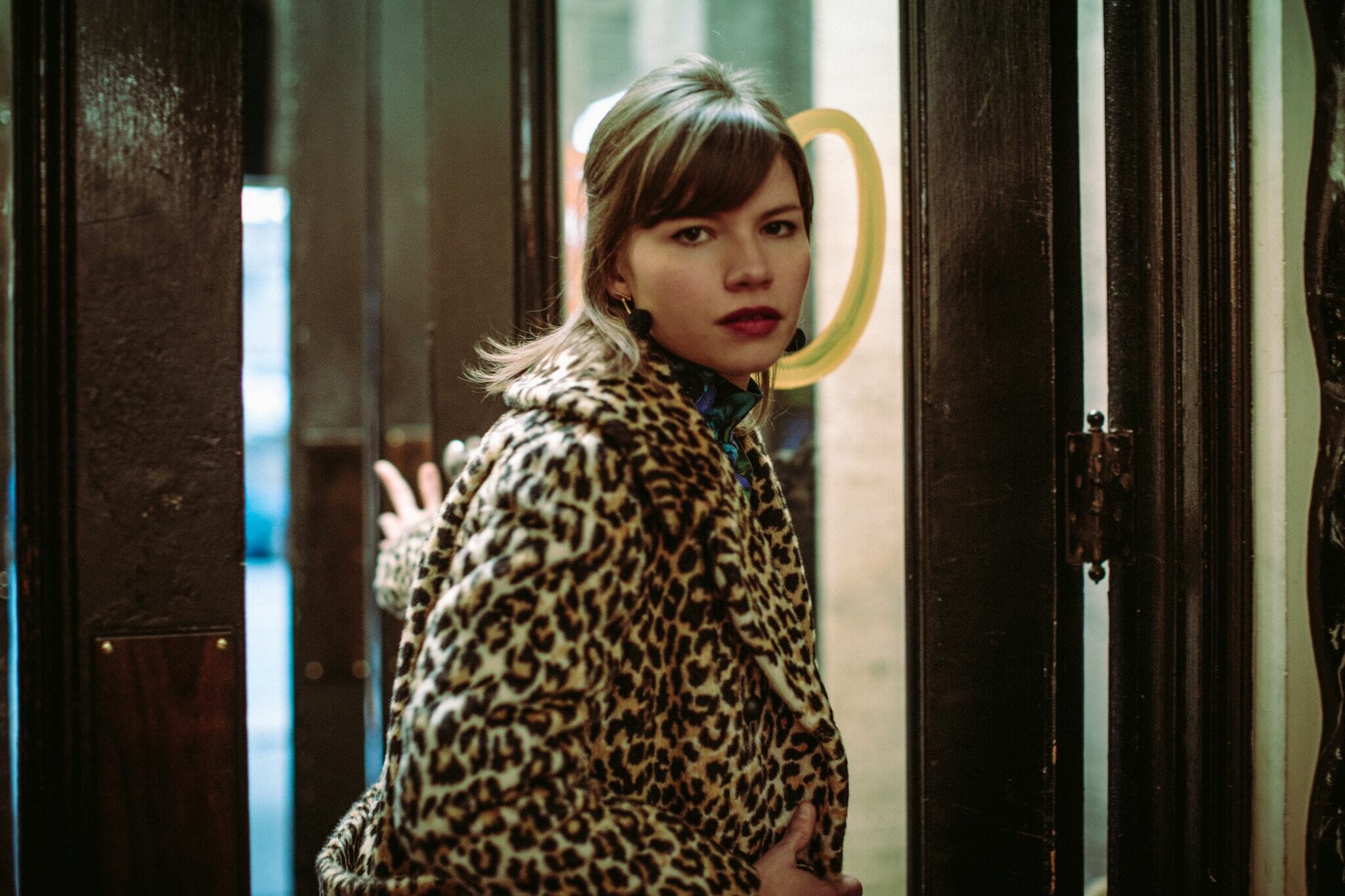 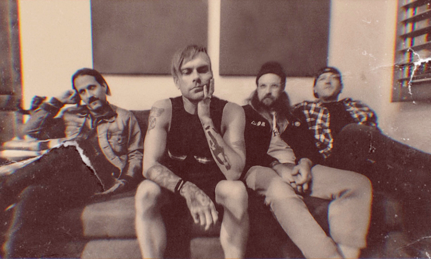 The Used release new song, “Use Me,” feat. Jason Aalon Butler of Fever 333 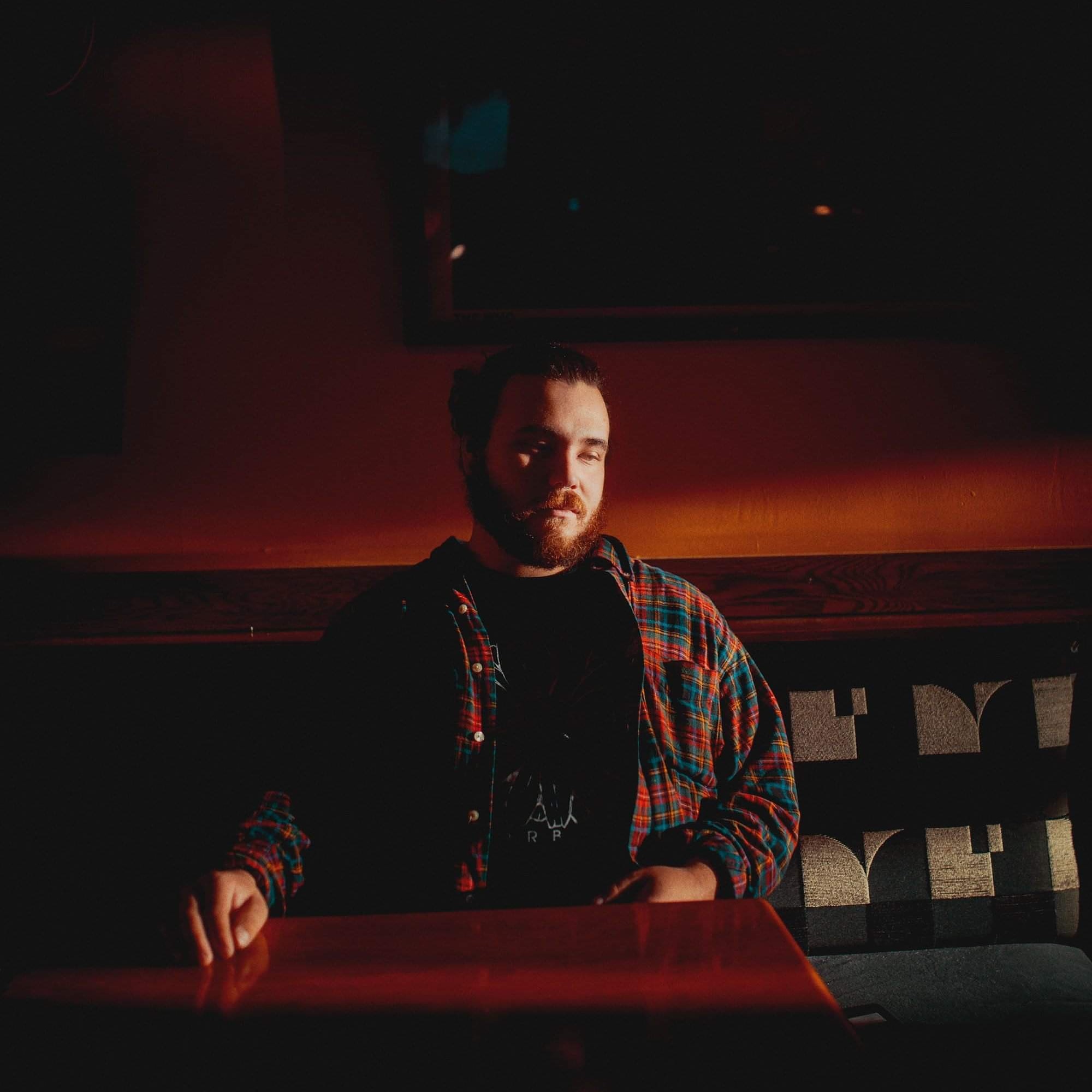 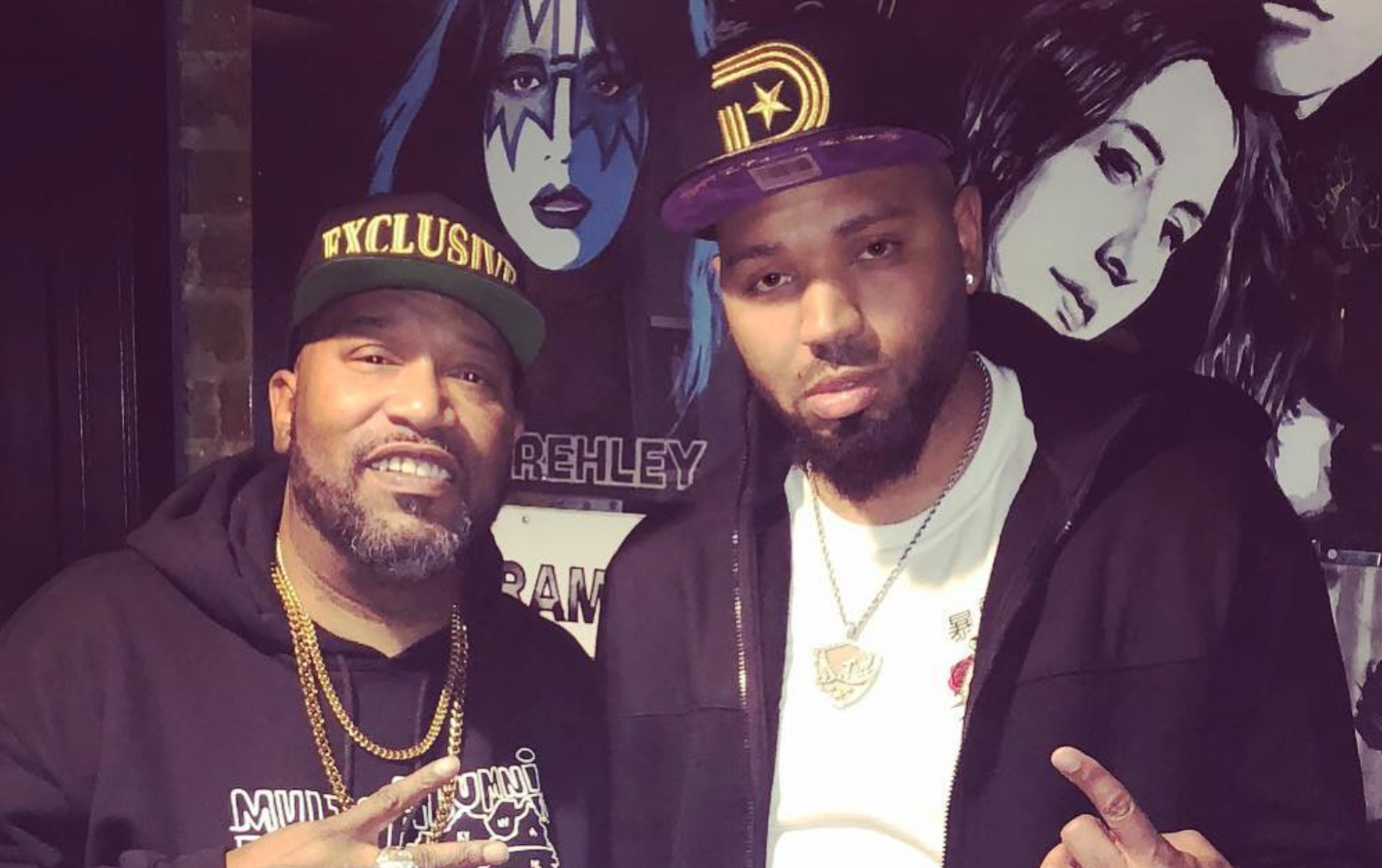