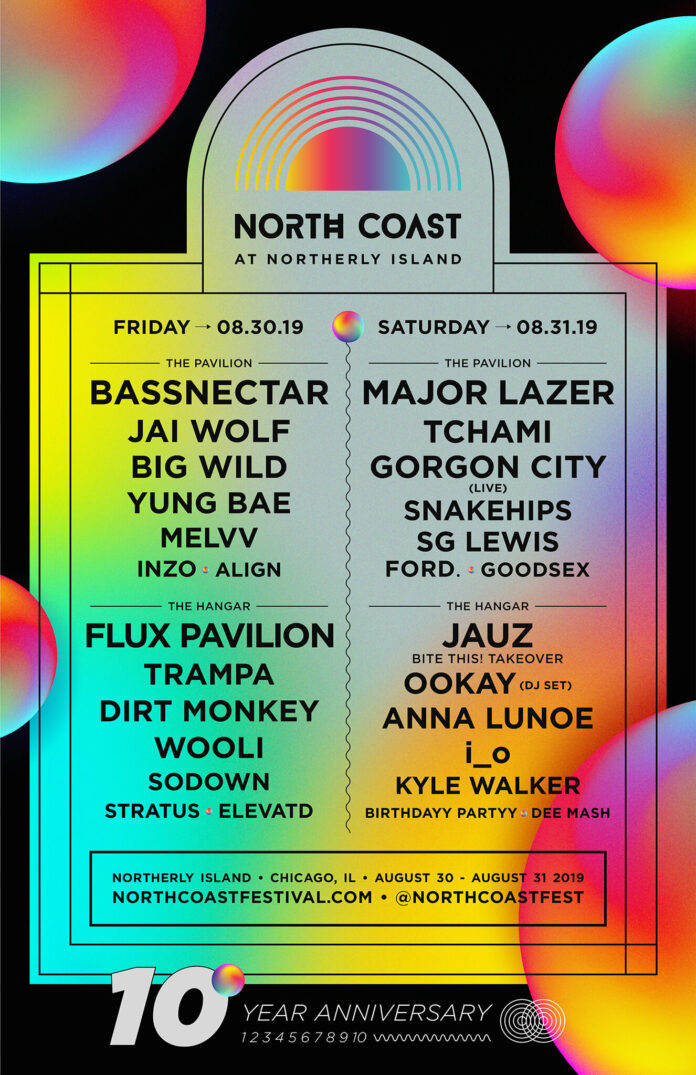 Festival season is nearly here! For Chicago, that means some of the biggest festivals in the country, including Lollapalooza and Riot Fest. One of the city’s smaller festivals, North Coast, is celebrating its 10th anniversary this year. With an impressive EDM and house music lineup and new location, Chicagoans will be able to celebrate Labor Day weekend in style.

The previously 3-day festival will now be 2 days, Friday August 30th and Saturday August 31st, but the headliners and support acts more than make up for the shorter weekend. Dubstep icon Bassnectar will headline Friday night, with house heroes Jai Wolf and Yung Bae playing during the day. It will be really exciting to see these acts play on the massive stage at Northerly Island, which is set up to have amazing lighting. On Saturday, supergroup Major Lazer will undoubtedly put on a spectacular show. Tchami, Gorgon City, and Snakehips will also be playing on Sunday.

Fans of the iconic Chicago festival might be a bit surprised to see that the party has been moved from Union Park to Northerly Island, but there are a lot of perks that come with the new location. It’s closer to the lake (hello warm summer breeze!), and if it rains (which, let’s be real, will likely happen), we won’t be bombarded with acres of sopping wet grass. In fact, Northerly Island is incredibly public transit-friendly and will have lots of parking for those traveling from out of town.

While there are some changes to North Coast that might take some getting used to, the lineup and location seem perfect for the festival’s 10th anniversary. Now, all we can hope for is sunny skies.

For tickets and VIP packages for North Coast, as well as more information about the festival, click HERE.