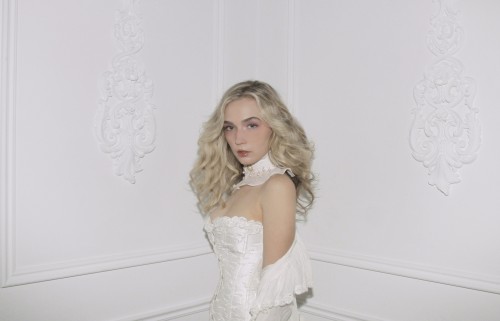 Relationships are the source of powerful emotions. There are the obvious aspects of it like love, but they can cause many different emotions. A well-planned gift or gesture can cause surprise, and breakups are known for some serious emotional pain. Something else that requires big emotions is opera. Due to the large size of operatic venues, an opera requires performers to go big on every emotional beat of a story. These two things intersect with new pop artist Tilsen. Hailing from Toronto and raised by an opera singer, she has combined the emotional intensity of opera with the power of relationships on her debut single “Hurts.” We’re thrilled to be the stage she uses as her debut with the premiere of the track this afternoon.

Tilsen has the vocals to immediately grab your notice. Her delivery is thoughtful and measured throughout, the perfect method to go with the lyrics describing a relationship in turmoil. She conveys pain and affection in equal measure as she tries to figure everything out. That said, there are moments in the track which illustrate that Tilsen can turn up the power in her voice when she needs to. The beat is hypnotic and pairs with a light and airy touch of production to create a track that sounds as intense and at times fragile as the relationship being described. The accompanying music video for “Hurts” finds Tilsen getting in tune with herself more than anyone, as an unhealthy environment during a photo shoot leads to her escaping that situation, letting her hair down, and embracing her own voice and power.

Tilsen gave a statement explaining the inspiration behind her debut. She says

“‘Hurts’ is about the pain of love. When you love somebody they have a lot of power over your emotions; to make you super happy but also super sad. It’s when you feel indifferent that you should worry, your feelings for this person may be gone. Love isn’t about being perfect or always getting along, it’s accepting another person and caring about them, through all the ups and downs, flaws and all.”

Introduce yourself to Tilsen and listen to “Hurts” below.