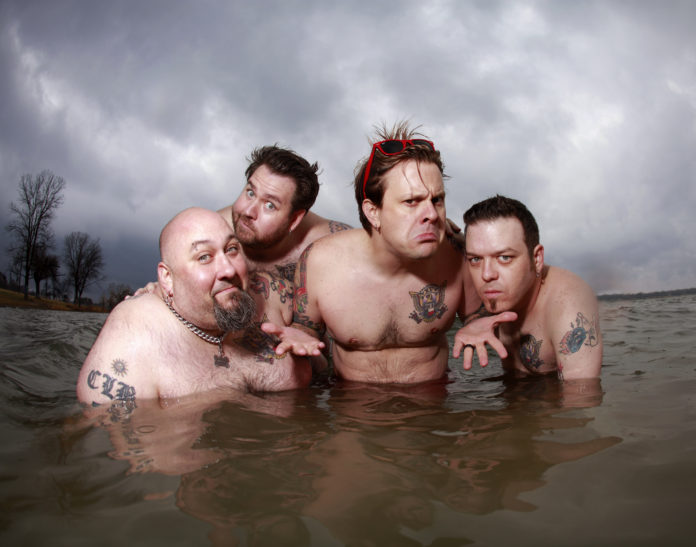 Bowling For Soup and Reel Big Fish are going to be hitting the road later this year for a co-headlining run, and judging from the lineup, this is going to be a tour you aren’t going to want to miss!

Announced earlier today, the two acts will be plotting their North American run just in time for summer. The tour kicks off on June 6 in Ft. Lauderdale, Florida and it is set to wrap up a few weeks later on Aug. 3 in Denver, Colorado.

The forthcoming dates are set to be divided up with two different supports.

Joining them on the first leg of their co-headlining run is Nerf Herder, who will be playing June 19-29. The second leg of the tour will feature MEST, who is set to take the stage from July 21-Aug. 3.

Of the tour, Bowling For Soup’s frontman Jaret Reddick shared:

“There are those bands with which the fans tell you ‘you should tour with them.’ Oftentimes, you make friends with those bands, and you always say to one another, ‘We gotta tour together.’

“Well, both those things have been happening for years, and this summer, while on the final cross-country Vans Warped Tour, Aaron [Barrett] from Reel Big Fish and I decided we were going to make it happen. And we did! I could not be more excited for this summer. Two of the most fun bands on the planet together at last. People will have sore faces from smiling after this one.”

Alternative Press has also teamed up with the two groups in order to do an exclusive presale, which will start on Wednesday, March 13 at 10 a.m. local time and ends on Thursday, March 14 at 10 p.m. local time. You can visit Altpress’ website for further information on the ticket presale.

General admission tickets will go on sale this Friday, March 15 at 10 a.m. local time. You can get your tickets for the upcoming run at either Reel Big Fish or Bowling For Soup’s websites.

You can check out the full list of dates for the band’s co-headlining run below!

^ with Nerf Herder
# with MEST