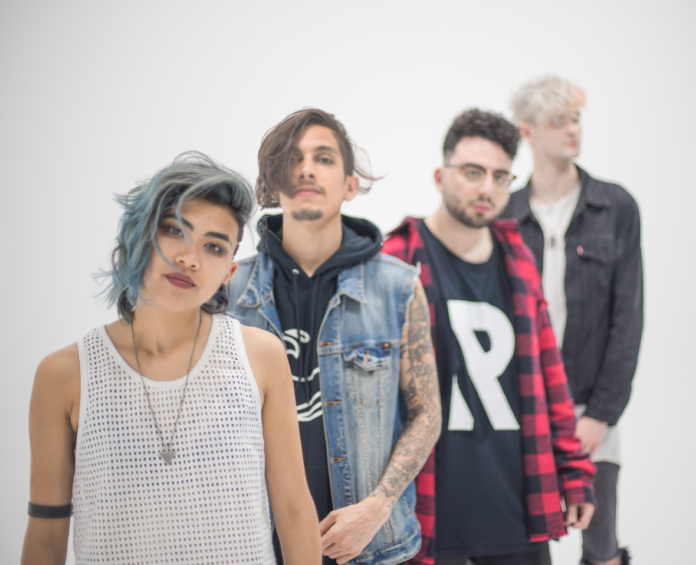 There’s a popular theory out there that “rock is dead,” or that it will never be what it once was. Maybe it’s time has passed, or maybe there’s just enough interest in it. There’s a theory that maybe the music isn’t as good or as original as it was at one point. However, there’s a collection of long-time friends that would like to prove you otherwise — they collectively formed a band, RYLS.

The band members all have known one another since high school, allowing them to share a deep connection with one another. RYLS looks to inject themselves into the rock scene with a fresh twist, eroding themselves on freedom of expression as they have written, recorded, and produced their music all on their own — even shooting their music videos independently with the help of a few like-minded creatives. Above all, RYLS has worked with notable actors in the LGBTQ community to express a message of self-love, diversity, and inclusiveness into the rock music genre.

The Toronto-based band look to continue this message by releasing their debut EP, live:love:lose, on January 18th, 2019. Sahar, who serves as vocalist for RYLS, explains that, “Live:love:lose is obviously a play on those “live, love, laugh” motivational posters and stickers that you see pretty much everywhere. As a society, I think there’s constantly this message of optimism that we’re all always being bombarded with that just isn’t really actually representative of real life. Sure, optimism can be good, but life in itself is not inherently positive or negative. Loss is just as part of life as laughter is. We try to categorize things and push this positive narrative while hiding away the things we deem to be negative. But by pretending negative things don’t exist and burying away the darker aspects of life, it just makes people feel alone. Everyone thinks they have to be laughing and joyful all the time, when in reality no one really is and it’s okay to not be okay. Everyone has ups and downs, and instead of putting an optimism bandage on everything, I think we need to talk about our cuts and bruises, address the issues and negative aspects of our lives, learn about them and try to find a way to cope with them in an actually constructive way. Heartbreak, mental health issues, terrible experiences are all in one way or another a part of all of our lives, and they’re major themes in this record. Ignorance is bliss, but bliss isn’t worth the price of ignorance.”

We have the exclusive premiere of the new single from live:love:lose titled “Waves,” and you can check that out above. In this team of people proclaiming that rock music is dead, RYLS have brought back some signature sounds from rock music in the early-2000’s (background screams throughout the track, predominantly), while freshening things up. The track is heavy, while at the same time combining distorted guitars, melodic synths, and those anthemic choruses with catchy dance beats that serve to introduce themselves in a powerful way.

“This song is about someone convincing you to put your trust into them, especially when you initially have reservations about it. They get you to be vulnerable with them, get you to let your guard down by reassuring you that they’d be around and in it for the long haul, but then turn around and jump ship when things get real, due to their own insecurities, leaving you on your own to deal with the storm they stirred in your life,” explains Sahar.

If you like what you hear from “Waves,” you can pre-order the new album EP from RYLS here before it drops on January 18th, 2019.