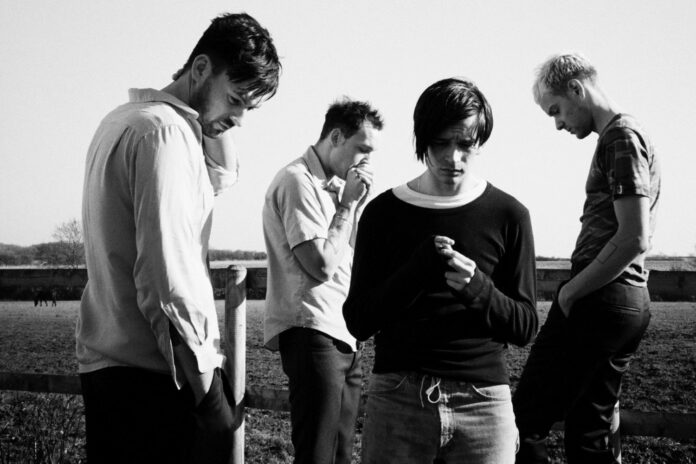 The 1975 are doing their thing again, in the most 1975-way possible. After last year’s huge success of A Brief Inquiry Into Online Relationships, Matty Healy is here to tell us that the band is finally ready to start releasing the band’s long-waited follow-up Notes on a Conditional Form. We’ve known about both releases since well-before the band’s third album. A Brief Inquiry Into Online Relationships brought us “Love It If We Made It,” “It’s Not Living (If It’s Not With You)” and more.

While talking with Matt Wilkinson on Beats 1, he asked if the 1975 was doing anything for June 1st, the expected “date” that has been thrown around. Healy replied, “Listen. OK them,” and paused for dramatic effect. “The first single comes out midnight, May 31st,” he continued. “I just made it up, but I’m 100% doing it.”

When asked if he knows which song it is, he said he doesn’t know, but it’s “between three” and he says “part of me just wants to drop the record, but part of me doesn’t.” The 1975 is recording Notes… in the same studio where they manufactured A Brief Inquiry… He describes the new album as “a nice record” with four or five tracks done. A song Healy mentions is “The Birthday Party,” which he comments, “a couple of people are saying it’s my best song.” He says the rest is up in the air.

On the style, Healy says, “There’s quite a lot of acoustic guitar on the record, because that’s what I’ve got with me all the time.” He describes these moments as “captured moments.” “I think it’s more, maybe, a reversion to being more inward as opposed to ‘A Brief Inquiry…’ which was slightly more outward. Even though I wasn’t expressing many opinions, I was speaking quite outwardly about bigger things. There’s a lot about mental health on this record, not that I’ve sat down and done that.”

Healy says that he’s “definitely releasing an album before Reading.” So, see you in May?

“The first single comes out midnight, May 31st.” @Truman_Black says @the1975 are trying to decide between three songs to lead off the next album. https://t.co/pf6tMwVfHJ pic.twitter.com/Uj5WF4IInE