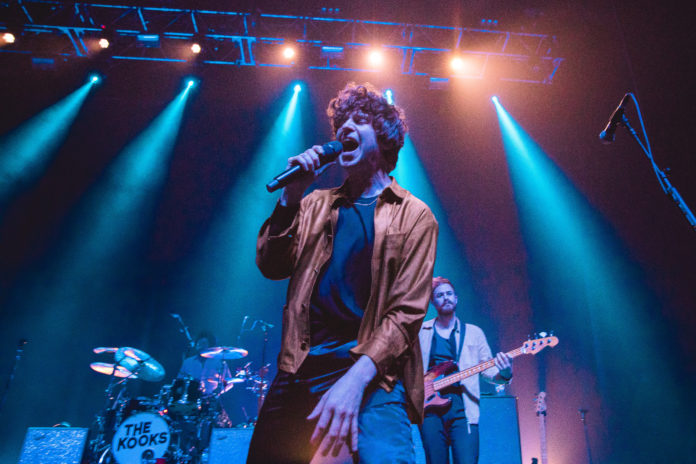 On an average night in February, Chicago residents entered the Riviera Theater in Uptown eager to see a band they have had on their playlists for over a decade. From being featured on The O.C., 17 Again, My Best Friend’s Girl, The Vampire Diaries and Shameless, The Kooks have gotten stuck in our heads since the age of iPod Shuffles and mixtapes. Looking around the audience there was a clear diversity in age, ranging from an older gentleman with silver hair to a young woman in with braids and a Deathly Hallows tattoo on her wrist. From the moment the doors opened, elbows hung over the front rails as watching eyes glared forward.

Future Feats, the first opener, ramped up the house with a vibrant and energetic set. Because The Kooks wouldn’t be going on for another 2 hours, the crowd was not as large or as excited. It seemed like everyone was counting down the minutes until Luke Pritchard would walk on stage. That being said, the following performance from Barns Courtney really drew a crowd. His compelling stage presence made for a mesmerizing set filled with sweat, passion and a smile that made even the security team shiver. Barns had set the stage in a powerful way, and the entire room was warmed up for the Kooks to make their appearance. 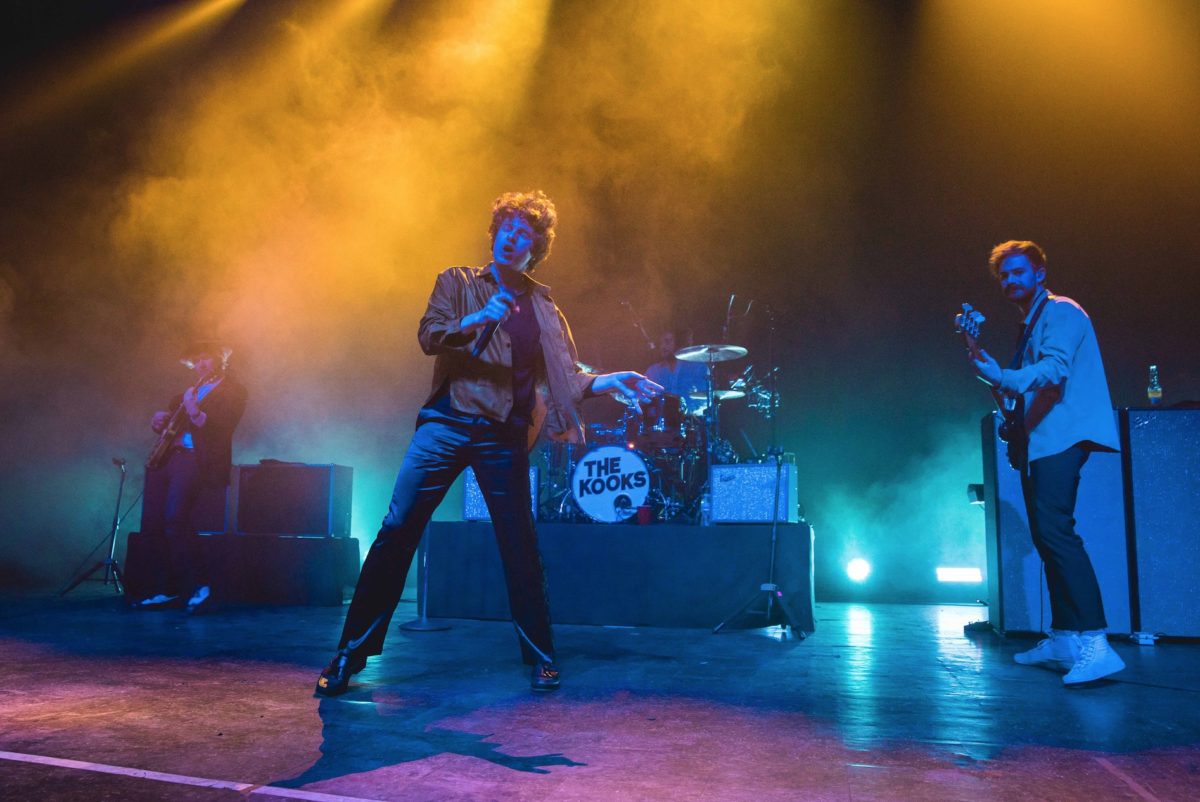 The lights went low as a stage-right flashlight lit the way for band members to find their spots. The set allowed for a large space, creating the anticipation for an intense show. Luke and the members emerged as the crowd roared through the first few notes of “Always Where I Need to Be,” a popular track from their 2008 album, Konk. The rest of the set was entertaining as the The Kooks played through hits like “Ooh La,” “See Me Now,” and “Pamela.” Although no one could look away from the band, every song came with a specific aura and prescribed set of moves that made the show seem like it had been a rehearsed routine. Granted, The Kooks have been around since their first hit album Inside In/Inside Out from 2006, but it seemed like their successful performance hasn’t changed for a long time. While everyone in the audience was more than engaged and clearly having a great time on an ordinary Thursday, frequent concert goers could see that this set needed a something a bit more dynamic and visually invigorating. The Kooks, who continuously bring screaming girls and older devotees to their sets, deserve to have a show that is just as exciting as they are seen in the minds of their fans.