American Football have shared yet another single from their upcoming LP, American Football (LP3). A follow up to early January’s release of “Silhouettes“, this latest cut from the group’s third full-length album is a crooning, somber duet, and sees the band teaming up with Paramore’s rock powerhouse, Hayley Williams. Whether or not the title (and lyrics) are an intentional nod (or even a response to) to Pink Floyd’s “Comfortably Numb”, the new song also deals with growing up, coming to terms with youthhood regrets, and realizing that the rose-colored glasses of childhood naïveté always made things seem better than they were. Now that they have shattered, there is nothing left to do but to become numb. “I blamed my father in my youth,” he sings in the first verse. “Now as a father, I blame the booze.”

The video, directed by Atiba Jefferson, is shot from the perspective of someone injured as they receive treatment in an ambulance, and features cameos from actor/comedian Blake Anderson (Workaholics), pro skater Paul Rodriguez, and Samhain drummer London May.

“Uncomfortably Numb” is taken from their new album American Football (LP3), out March 22nd via Polyvinyl Record co. You can pre-order the album here.

American Football have also announced North American tour dates for May and June, including performances at the Form Festival in Arcosanti, AZ and the Santa Teresa Music & Arts Festival in Quebec. The tour also includes a stop at the Treefort Music Festival (Boise, ID) March 20-24, and an album release party at Chicago’s The Metro on March 30. Presale tickets are available here. 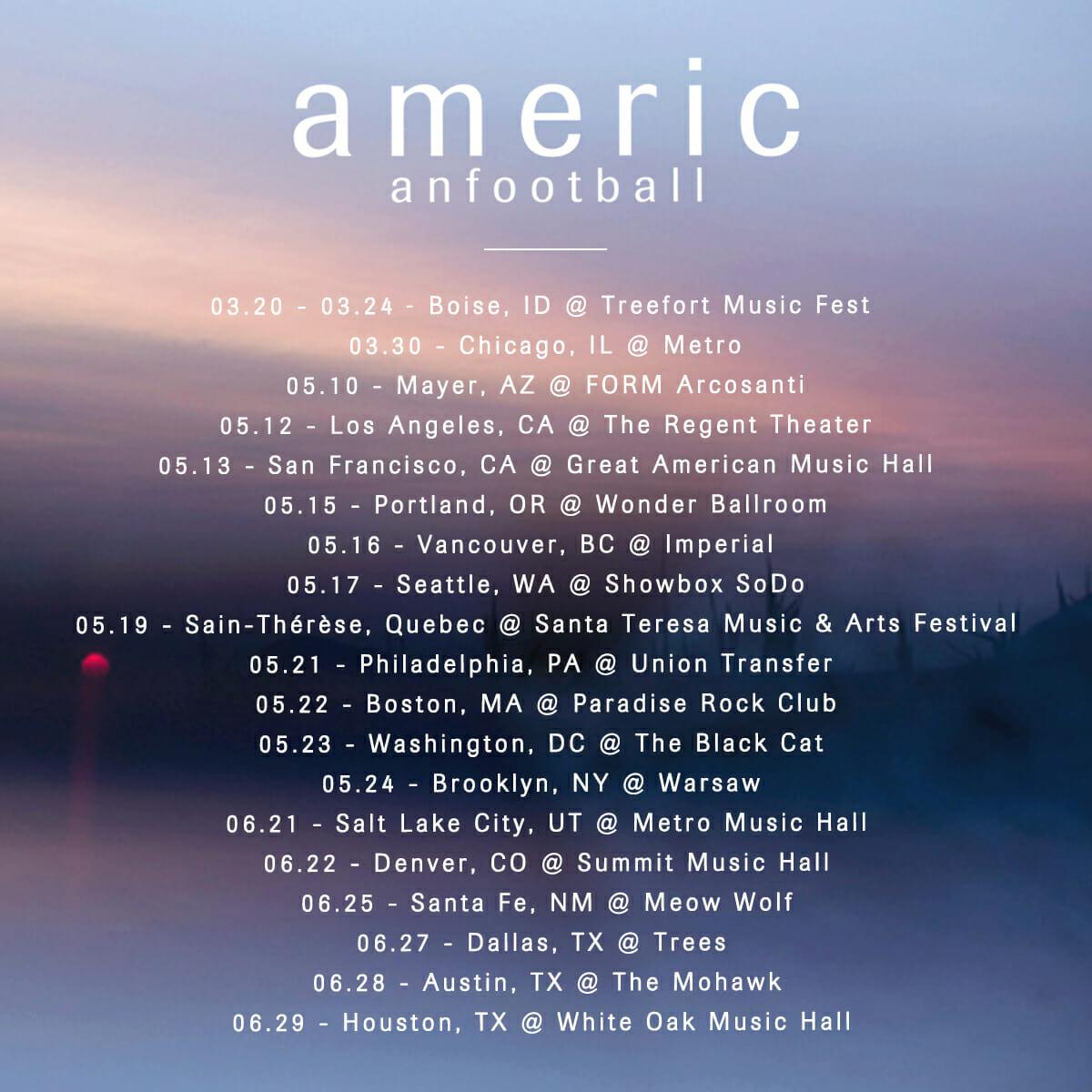