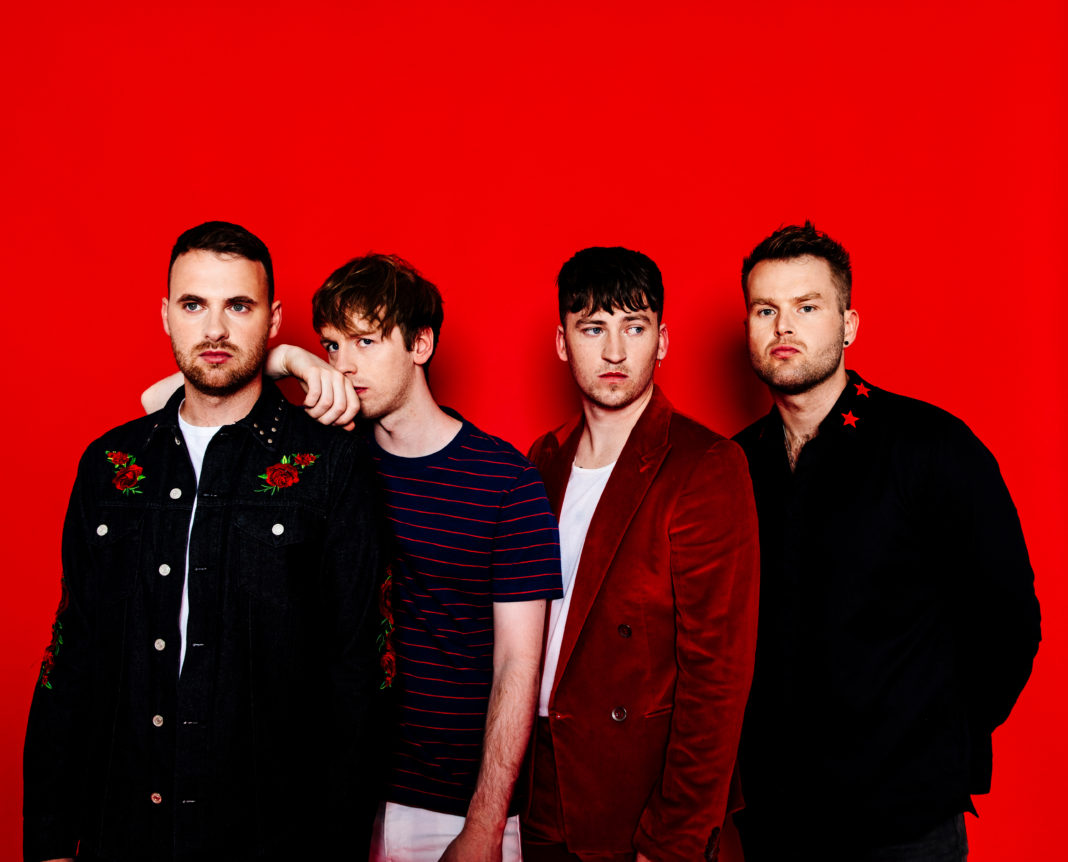 Just last month, the best selling Irish band for two consecutive years, Picture This, returned with a new single — “One Drink.” Immediately fans knew they’d be in for a wild and new exciting ride with the band, as it debuted a more funky, groove-based rock sound to their music.

With “One Drink,” the band also announced that their new album, MDRN LV, will be released on February 15th, 2019. The record will be the follow-up to their self-titled debut, which came out back in 2017, and was recorded this year with Jayson Dezuzio (Imagine Dragons, X Ambassadors). MDRN LV is set to be a creative step forward for Picture This, as they look to use this new groovy and almost dance-beat driven sound to expand their signature style and move into uncharted sonic territory.

Now, today, Picture This have released a brand new music video for “One Drink.” It is one that the band explain as one that describes the vibe of the song well, and essentially mirrors the topic of the song itself since it is set in the bar scene in Los Angeles, California.

To celebrate the release of the new video for “One Drink” and to get you more excited for the release of MDRN LV, we recently were able to catch up with Picture This to ask some questions and get more information on the album, this music video, working the new songs into their set, and much more. You will find our interview with the band below!

Your new single, “One Drink,” came out just last month. How did it feel to get music out there for your fans?

Ryan Hennessey: It was a lot of feelings in one getting new music out to our fans. A mixture of excitement and nerves. If we would release a song every day we would because the buzz of having your fans hear something new that you’ve been sitting with for so long is unbeatable.

Since, by the time this piece goes up, your music video will be out, can you provide some background on the video and putting all of that together for “One Drink”?

Jimmy Rainsford: The video was a concept that almost directly describes the lyrics and the vibe of the song. Set in a bar in LA with an interesting vibe, it has a gripping story.

The track, of course, comes off your new album MDRN LV – it seems to be a shift on sound for your band. Was that one that was intentional going into the recording, or did it sort of come out on its own?

RH: The shift in sound was something that came naturally over time. There’s actually a whole album that we recorded which was in similar vein to the last album which we ended up kind of putting in the bin because the last song from that forgotten album sparked this whole new sound for us which we really clung on to and ran with.

You had worked with producer Jayson Dezuzio on this record. Can you explain to the people reading this the role he played on shaping MDRN LV into the record it became?

JR: We met Jayson per chance in LA. He made us think quite differently about how are songs should be produced. He added an edge to the sound of our music that gave us a new lease of life. MDRN LV wouldn’t be the what it is now without Jayson’s influence.

I know you have mentioned before that you didn’t feel pressure when writing this album due to the constant writing you are doing. How do you narrow down what songs to be included on the album?

RH: It’s really tough to narrow down songs for us, we write so many and fall in love with them all but you’ve got to try and look at it objectively as much as you can and think what is this song gonna do for us? Is it going to fulfil what our fans want and also gain some new fans for us? Cause that’s important.

You released two singles earlier in 2018, and though they sound more like your first album than “One Drink,” I still wanted to ask – will they appear on the new album?

JR: No, they won’t. The reason being is that we wanted 12 brand new songs. There’s something very exciting about having 12 songs that no one has ever heard before.

Your band blew up rather quickly, and I know you were all kind of young at the time – how did that influence your life outside of the band and how did you balance any changes?

RH: It completely changed our lives, I mean for me (Ryan) I had never really even been outside of Ireland and all of a sudden I was in the craziest places all over the world playing songs that I had written in my bedroom to thousands of people! Which was a welcomed shock to the system. We’ve been so busy and haven’t stopped since the second the band started and we’re always thinking about our next move which helps to keep us all very grounded.

You have some touring lined up for early-2019 in the UK and Ireland, how do you plan on putting the setlist together? If MDRN LV is musically, as a whole, different than your debut, have you thought at all about perhaps reimagining those older songs?

JR: The older songs will fit easily into the new set of songs. It’s going to be very exciting mixing up old and new songs to make a dynamic set for our fans.

Finally, you accomplished a lot, of course, with your debut album – is there any particular goals you have in mind for this new album?

RH: From the moment we started the band our goal was to reach as many people as physically possible with our music. The music is what we want to be known for all over the world. We want to be the biggest band in the entire world and play our music to millions of people for the rest of our lives and we hope this album can help towards that!

“One Drink” comes off of Picture This’ new album, ‘MDRN LV,’ which will be released on February 15th. You can currently pre-order the album here.