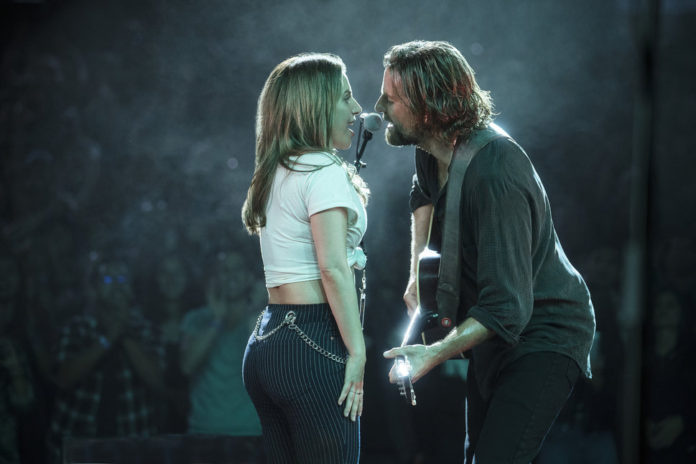 There are some stories that keep on enduring throughout decades. Some themes that are transferable through each generation. In a Hollywood climate that is rampant with remakes, you have to strike the line between nostalgia and teaching new lessons that are applicable. This is the challenge that first time director Bradley Cooper had in front of him with A Star Is Born.

A Star Is Born has seen four incarnations over time (1937, 1954, 1976, 2013). We are all familiar with the premise – a famous singer that is on the downtrend discovers a working-class lady with powerful talent that he becomes enamored with. Within all that, while her ‘star’ is just beginning, his is reaching a twilight and all his demons hit an apex. A triumph of the 2018 version is that it’s able to be applied to modern times with an updated spin on the current trends of the music industry.

Jackson Maine (Bradley Cooper) is going through a rough time battling with alcohol addiction, past struggles with his father and brother, Bobby Maine (Sam Elliott), and hearing loss. It’s a cocktail of problems that really start to manifest themselves as his popularity starts to wane. Ally (Lady Gaga), or at least the spirit of the character–who goes by different names depending on the version–has been played by the likes of Judy Garland and Barbara Streisand. Those are some pretty big shoes to fill. Gaga takes this character and really makes it into her own. Ally could be a creative friend of yours, trying to make things meet while also dabbling in her passion until the right push comes along.

You feel the synergy right from the start between Ally and Jackson when they lock eyes at the beginning of the movie. In a way, the audience becomes Jackson and almost sees things from his point of view on how he can fall in love with Ally. She’s the diamond in the rough. It’s really the relationship between Jackson and Ally that is the engine of the movie. Most of the focus is on Jackson’s story. As important as Ally is to him, we perhaps could have gotten a little more on her without it being so tied to him. When it works, it does work well.

The cinematography of Matthew Libatique is able to use a camera style that highlights how personal the experience of singing together between the two, even performing in a crowd of thousands. The lens is mainly focused on their interactions or performances while the backdrop is faded on. In the end, it’s their story and the world gets to be the stage.

As the “R” rating indicates, the movie does not shy away from showing the destruction of Jackson Maine. It’s almost a critique on the music business on how artists get stuck in a vicious cycle of “popularity” until that world is done with them. Cooper portrays Jackson’s struggle as a man warring with his inevitability to be self-destructive, but trying to not infect Ally’s budding career (He does). It’s a mix of insecurity and resentment. However, the pain fuels their art – a theme of music that has been noticeable given recent headlines.

It’s no coincidence that there is a constant push regarding Ally’s looks. The music industry tends to look at this as superficial from a beauty standpoint. While Ally undergoes this transformation into a pop star, she pushes back on that in a fight for who she wants to be. All in all, it comes down to her center, which is Jackson. Despite their eventual problems, he is the person that looks to her on a soul level. Love is a theme that is prevalent throughout their duets and scenes alone together.

What would A Star Is Born movie be without performances? Gaga and Cooper both excel together and apart. The moments where they in their home working on the last song of the movie, “I’ll Never Love Again,” feels just as important as Maine or Ally performing at a festival or showcase. The supporting characters played by Andrew Dice Clay and Dave Chappelle are there to push the story along and inject some much welcomed humor and wisdom.

In its own way, this version of A Star Is Born is how things can come together and fall apart at the same time. It’s how unique gifts can bring people together, but not be enough to overcome the perils and afflictions that life gives us. Whatever time duration you may have with the person who changes everything, although not meant to be forever, doesn’t lessen the impact that they had on you. 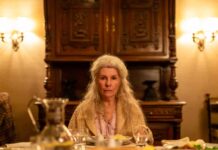