To tell the full story of Spirit Animal, we have to back up a bit: the band, as we know it today, almost never happened. The band currently includes vocalist Steve Cooper, guitarist Cal Stamp, drummer Ronen Evron, and bassist Paul Michel. Initially, though Stamp turned down the opportunity to join the band as their guitarist. However, after catching the band’s bombastic live shows one night in downtown Manahattan at Pianos, he changed his mind. He explains this as, “I wanted to have as much fun as they were having on stage.”

Part of what makes Spirit Animal such an intriguing listen is that you can hear all of their different influences in the music. Michel has roots in the D.C. hardcore scene, Evron studied at Berklee College of Music, and Cooper grew up listening to strictly rap music. The guys all bonded over their shared desire to push musical boundaries. “Something special happens when you dump a bunch of genres into a blender and just let it rip,” says Stamp. “We want our songs to move in unexpected directions. We’ll take what we love about Arctic Monkeys or Kendrick Lamar or James Blake and pull the pieces together into something cohesive, new and fun. Nobody listens to just one kind of music anymore, so why write that way?”

This diversity shines through on Born Yesterday. The first single, “YEAH!,” which was released in May, pits sparse pop verses against a wild and distorted chorus, “Karma” opens with a punchy bass riff before launching into a gleeful, stadium-sized ode to underachievement (“What do you want me to say?/I’m the Jordan of making mistakes!”), and there’s even a piano-driven track called “JFK.”

Today, however, we are excited be premiering Spirit Animal’s third single off Born Yesterday, called “Painkiller.” The song is an eclectic rock anthem with a dance-y beat throughout the track. It makes for the perfect follow-up single, showing that this band can master just about any mix of genres that they find themselves putting together.

“We originally wrote ‘Painkiller’ as a dance-pop track and tried to pitch it other artists, but everyone at Atlantic loved it and wanted just to cut a version for the album,” begins Stamp. “We weren’t sure how it would fit, but when we went into the studio almost two years later after the original writing sessions, the band version became something even more special. Now it’s one of our favorites and a centerpiece on the album. Guess it’s a good thing nobody bought it from us!”

After checking out “Painkiller” at the top of the post, head here to pre-order your copy of Born Yesterday before it drops on August 3rd via Atlantic Records. Below you the album artwork and track-listing for Born Yesterday, as well as all of Spirit Animal’s upcoming tour dates — which features shows opening for Theory of a Deadman, and a different stint with Incubus. 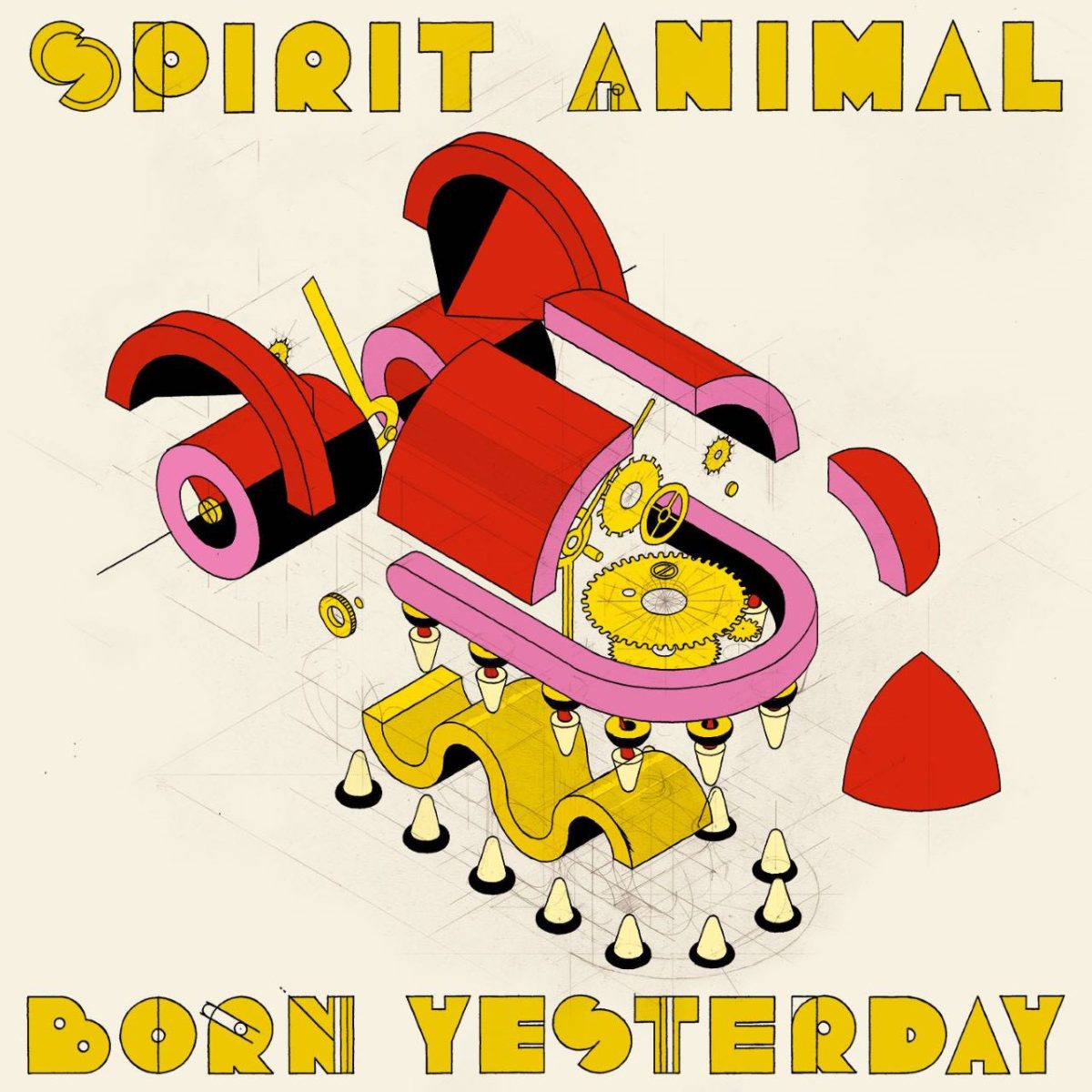