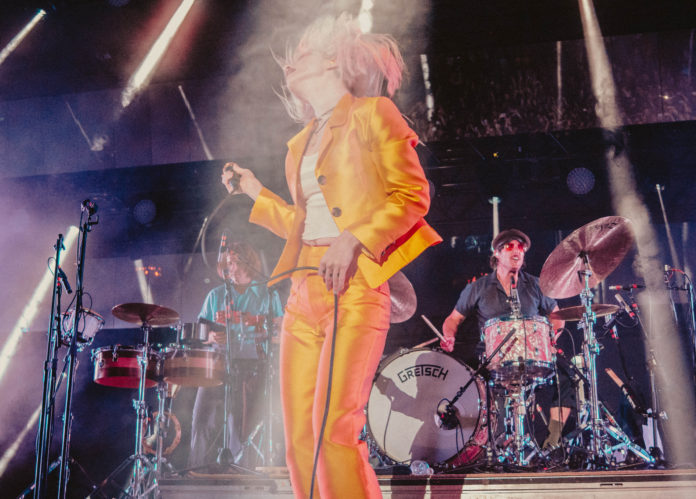 Hayley Williams and company gave Chicago fireworks before the 4th of July.

Paramore has been, well, the paramour of many emo and scene kids for the past thirteen years. Many of us grew up right along side Hayley Williams and watched as she evolved from the rebellious tangerine-haired teenager into a full-fledged pop star; now, as she nears 30 years old, the blonde, glittery singer is bringing her band to the next generation of wide-eyed teenage girls.

For their aptly-named “Tour 5” tour (so named to celebrate their fifth album, After Laughter), Paramore have enlisted Foster the People to open for them each night. Unlike many opening acts who don’t hold the same charisma as the main act, Foster the People are one of the most popular indie bands and have several #1 hits under their belt. Nearly everyone knows their 2012 Grammy-nominated song “Pumped Up Kicks”, but they’ve been putting out solid music since. Their newest hit, “Sit Next To Me”, has over 50 million plays on Spotify and was their closing song for their Chicago set. Lead singer and the band’s namesake, Mark Foster, made it a point to interact with his fans as much as possible while playing keyboards and belting out the songs everyone knows and loves. It felt less like Foster the People were opening for Paramore than the two shared the spotlight as dual headliners. 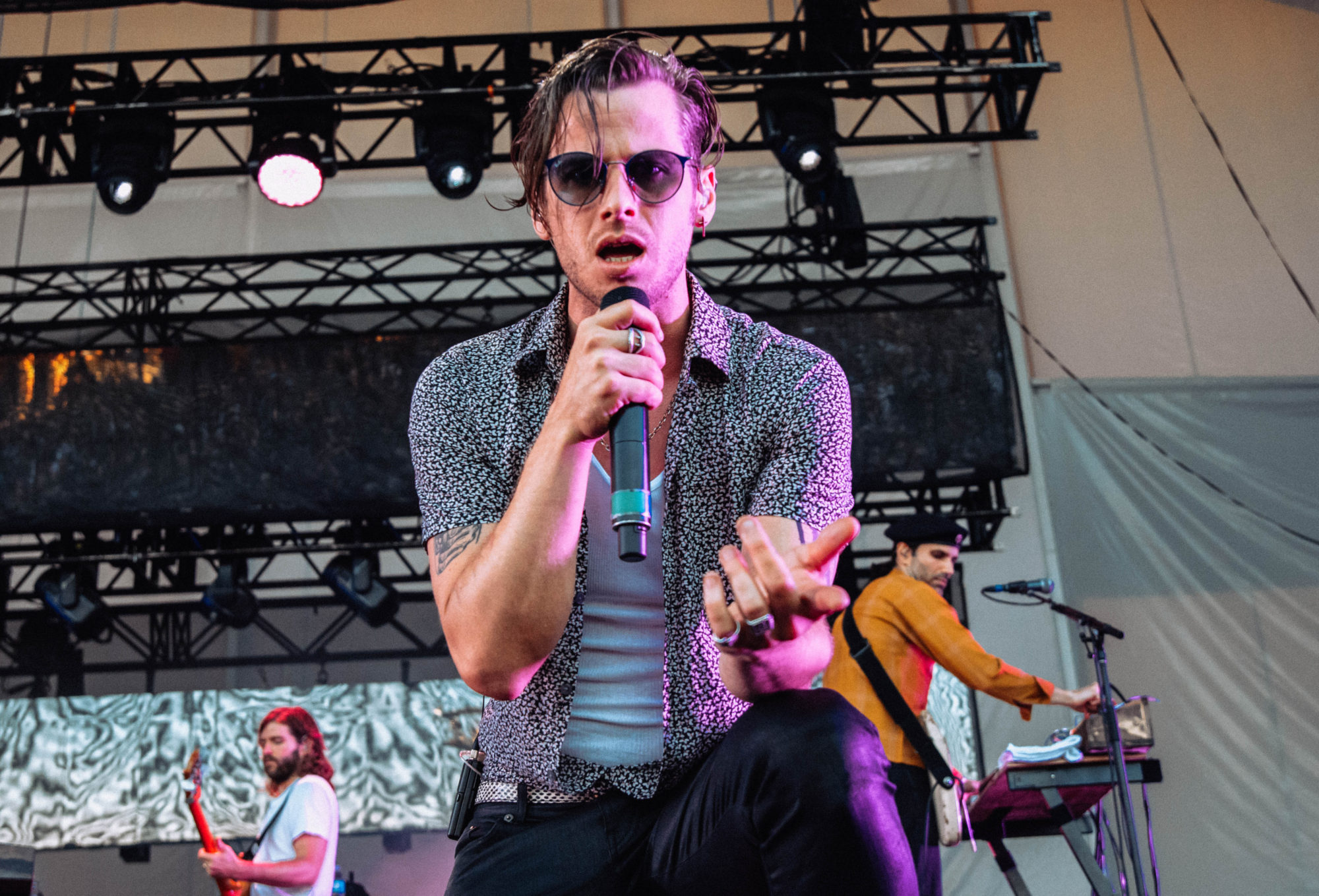 No matter how excited people were for Foster the People, however, their applause and screams for Hayley Williams, Zac Farro, and Taylor York were nearly deafening. Despite the band’s shift into pop and dance music, their emo spirit will never go away. The trio has managed to shift between genres seamlessly while keeping their die-hard fans and bringing in throngs of new ones along the way. Williams is a natural star, dancing in sync to every song and making eye contact with all of those in the front row. Her vocals were on point for the Chicago show, especially for “Rose-Colored Boy”, a particularly bouncy pop ballad that reminds listeners that it’s okay not to smile every second of the day. It’s safe to say that Paramore’s fans were certainly smiling for the rest of the night. 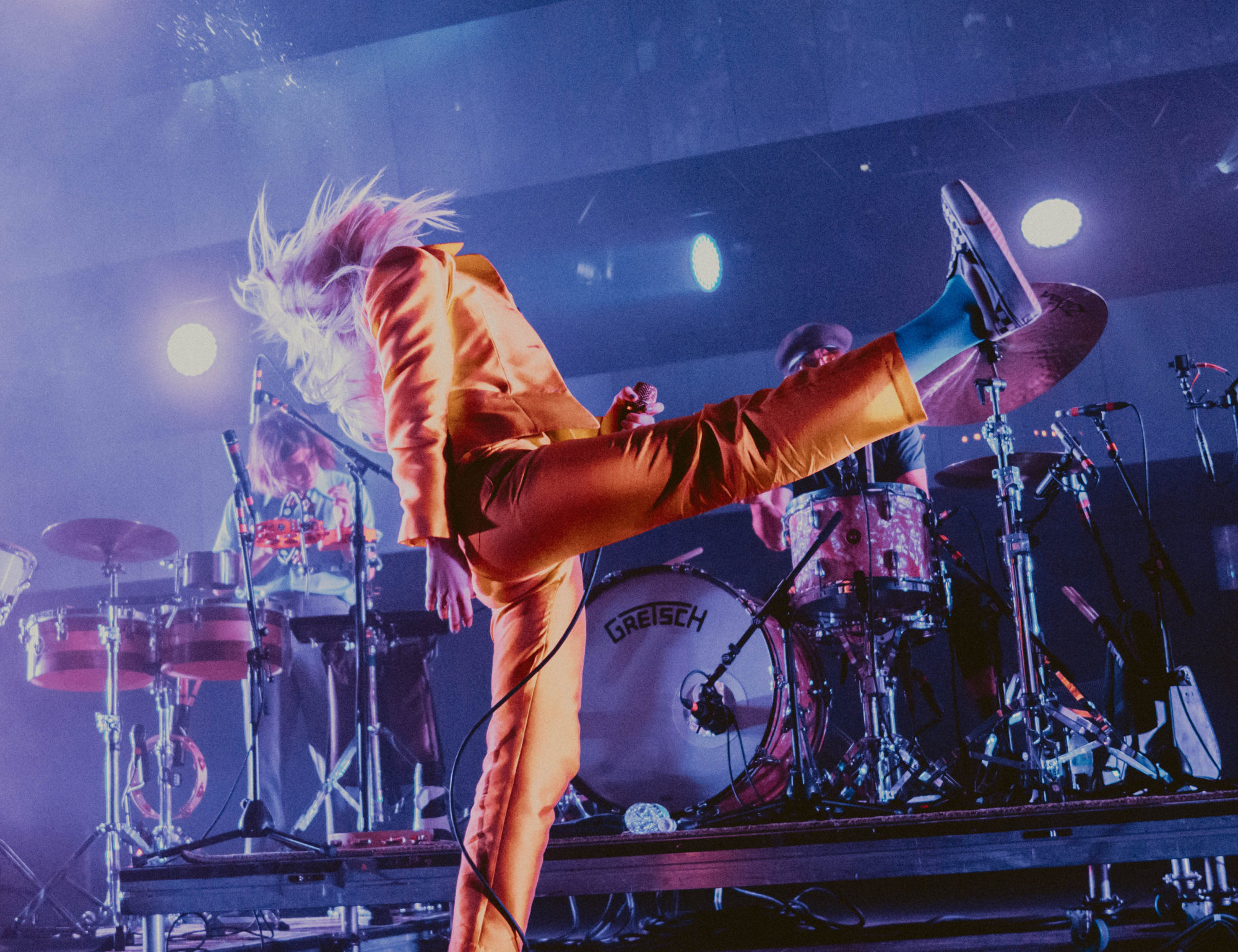 Paramore and Foster the People are still touring across the southern U.S. For tickets and details, click HERE.