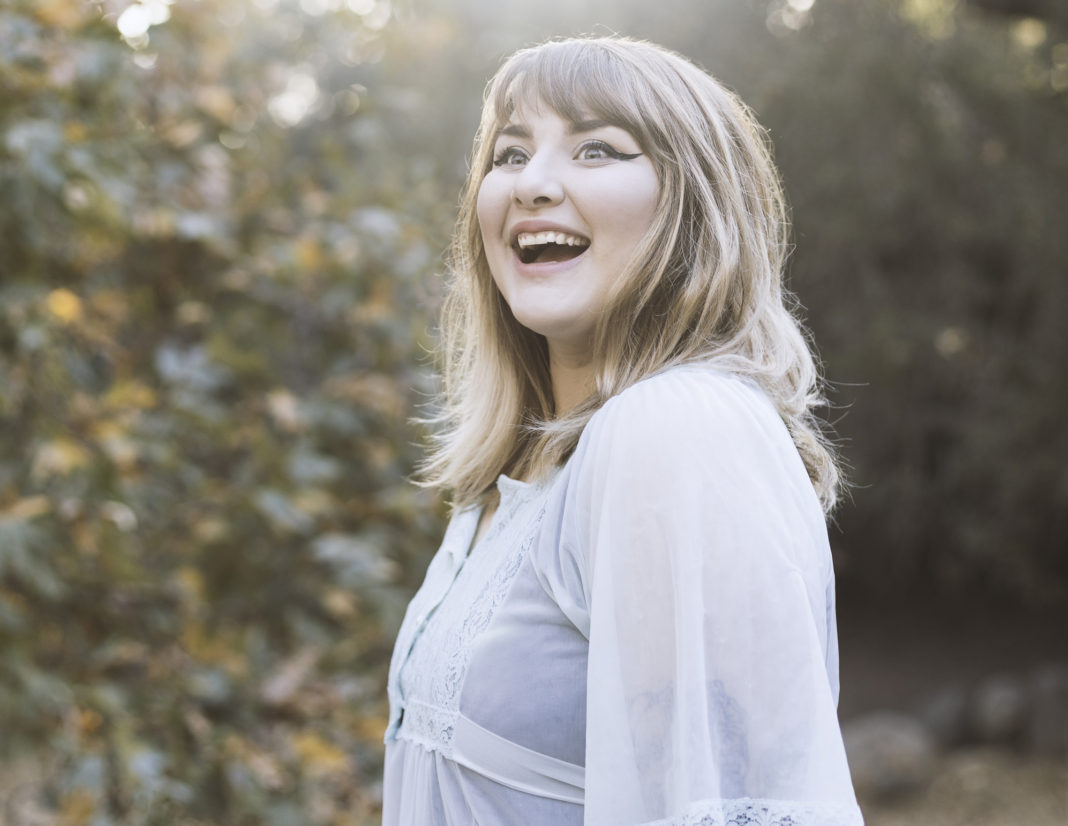 When Kississippi‘s Zoe Reynolds first announced her debut album, Sunset Blush, with the release of “Easier To Love,” she was quoted as wanting to move towards a pop sound. Specifically, she told W Magazine “I wanted to write more poppy stuff really badly, and I didn’t really know how to do it.” Reynolds continued that quote with a story of how “Easier To Love” came into existence, but the beginning of it serves as a mission statement for the entirety of Sunset Blush. On Kississippi’s debut album, Reynolds combines the singer-songwriter chops she’s always had with a dashing of pop music ideas and arrangements to make a moving record that showcases her musical and personal growth.

Let’s start with “Easier To Love,” as it’s the clearest example of that new pop infusion in Kississippi’s sound. The track is drenched in synths, an added warmness to the music that gives Reynolds’ voice something else to play off of. The way that many of the synths trail off into a faint echo instead of ending definitely is also a brilliant move. At the same time, these new synths never overwhelm the other parts of the music. The bass line that follows along with Reynolds singing the melody in the beginning of the song is crystal clear, and the apex of the song gives the guitars and the synths equal room to work. The lyrics about pouring all of yourself into someone and it still not being enough for them are painfully relatable, and there’s an understanding in Reynolds’ lyrics that despite that, we’ll all be alright.

“Adrift” is another standout track that relies heavily on these new synths, this time with a piercing hum that breaks through all of the noise. Again though, it never feels overpowering or like a forced choice, instead complimenting Kississippi’s growth and sounding like a natural progression. The sudden musical explosion after the three note introduction, with Reynolds singing “I predicted a terrible end/before obvious glances” is exhilarating. Through all of her past releases Reynolds has shown the ability to know exactly when a song needs to ebb and flow, and “Adrift”‘s myriad highs and lows are one of the best examples of this on Sunset Blush.

Lest you think Kississippi have turned fully to synths (not that it would be a bad thing, because it wouldn’t), they can still shred an indie rock track with the best of them. 2017 single “Cut Yr Teeth” is here, with driving drum kicks and satisfyingly rich guitar riffs underscoring the callousness of a supposed friend. Album closer “Lash to Lash” is a mid-tempo jam with distorted guitars and crashing cymbals that reverberate in the listeners head until the song’s satisfyingly abrupt ending.

Do you want slow, soft ballads? Kississippi can still do those, too! “Who Said It First” features perfect harmonies echoing behind Reynolds’ voice as she sings “I could be better, you could be worse/we both said forever, who said it first?” It’s a simple question on its face, but the rest of the lyricism and Reynolds’ delivery gives it a deep emotional weight to it that gives the song its necessary gravity. “Shamer” is a similarly introspective track, this time with some of the new synths put into it, but only subtly. This is good, as it means more room for Reynolds to explore her writing and more room for the instrumentation to hang in the empty air.

The arrangement of the tracks themselves is a strong point on Sunset Blush as well. The first half of the ten songs all reside in the more uptempo, high energy side of things, sucking you into this musical world that Kississippi have built for you. Although the album is dealing with past hurts and how to move beyond them, the poppy synths and energetic delivery still makes for an overwhelmingly fun listen. After drawing you in, the back half of the album slows down a bit, focusing less on the fun of the ambiance and more on the inner workings of Reynolds’ mind and feelings. It’s a brilliant transition that doesn’t feel forced, and the album as a whole feels like a natural journey from Point A to Point B in Reynolds’ and the listeners’ lives, from the hurt that got us here in the first place to the strength and resolve that will propel us forward.

There’s a little something for everyone on Sunset Blush. Pop fans will love the new direction that Kississippi have explored on the album, while indie rock fans will appreciate the strong instrumental writing that still shines through. Zoe Reynolds has written some of her most personal and relatable lyrics yet, a boon for any listener, whether you’re currently experiencing similar things or not. Sunset Blush is Kississippi at their best, and no matter who you are, you will not be disappointed after listening.