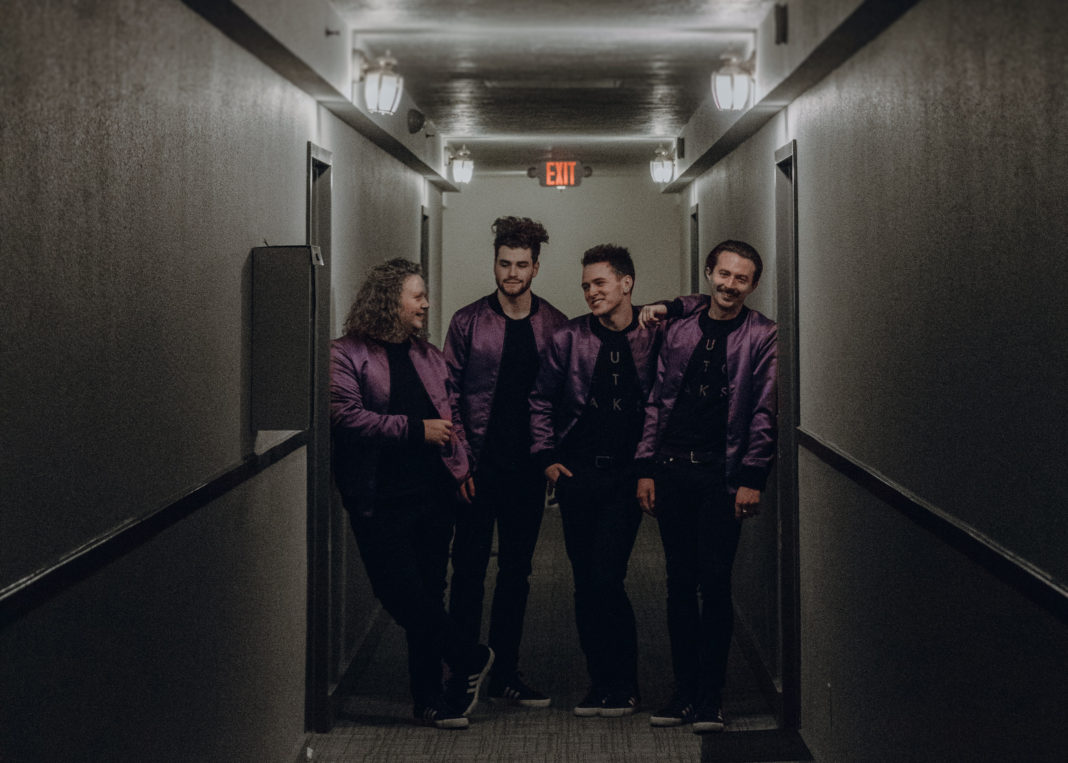 Ugly Boys are young enough that some of their parents may have been children of the 80’s. This means that chances are this band of youths has never not been surrounded by the enigmatic pop music of that decade. Acts like Michael Jackson and Prince have always been referential to the pop music they listened to in their formative years, and that influence has certainly bled over into the kind of music that this insanely talented group of guys bring to the table.

The nostalgic pop of “Old News” employs the use of airy synths and decadent vocal melodies to elicit the same feelings of romance that surge through the slow-dance scene of every coming of age movie; the kind of young and in love energy that can only be born of a room full of dressed up teenage hormones and music smooth enough to ensure that same electricity is in the air. This is the kind of intensely lovestruck ballad that shows Ugly Boys could, with just a little bit more growth, be the kind powerhouse pop act that exists in the vein of genre-legends like Michael Jackson and Prince.

When asked about the track, Ugly Boys said: “The song is about chasing someone but they never come around until it’s too late. It’s also the song we wrote and then right after said ‘we should probably make this into a real band’ haha.”