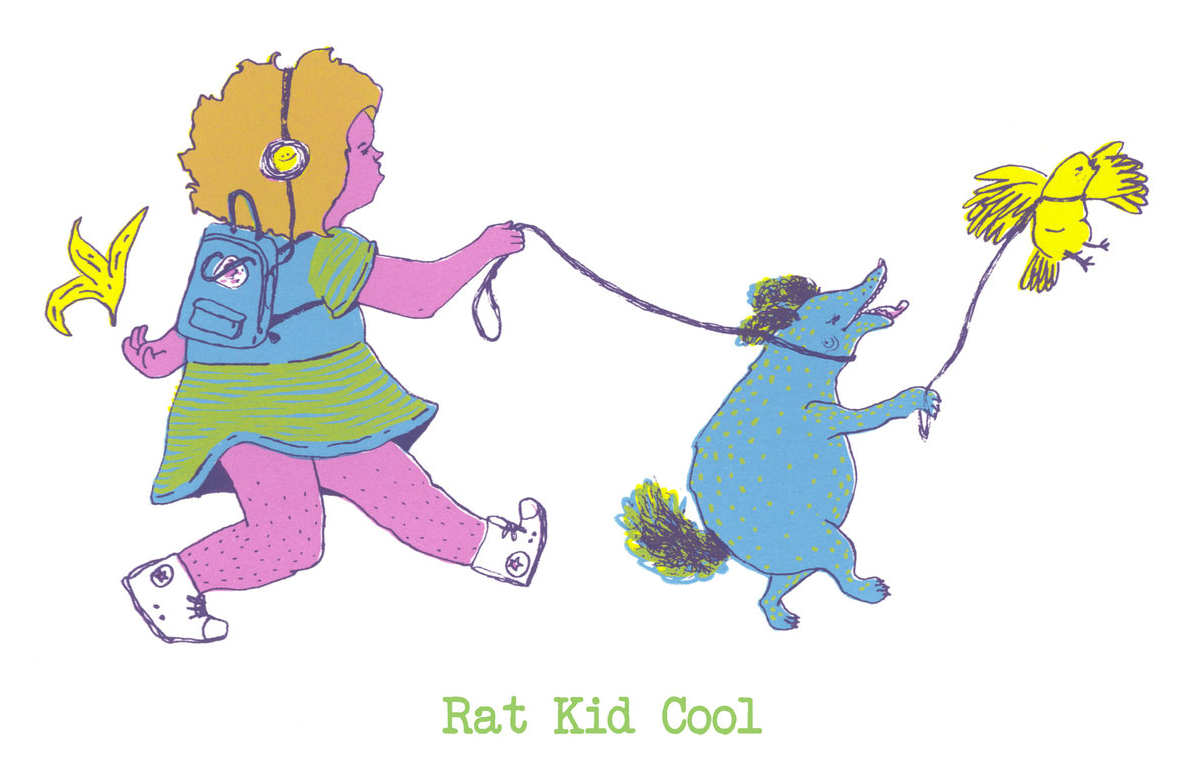 To be human is to be guarded. We spend so much of our time wearing masks and building these elaborate and impenetrable fortresses around the most sincere parts of our person in the name of self-preservation. It’s in the little things like the tailored versions of our personal realities that make up our online presence or the way we change the way act around and talk to different groups of people. Chances are that you’re not the same person with your parents that you are with your friends, and you’re probably an entirely different person when you’re at school or work too. It’s a weird normal that we’ve all become okay with, and it’s the complacency with that weird normal that Rat Kid Cool aims to tear down with their bitingly sardonic and introspective debut album, Year Of The Rat.

The solo project of the now-former touring member of The Front Bottoms, Rat Kid Cool sees Ciaran O’Donnell effectively taking a sledgehammer to the walls that he’s spent the last couple decades building around himself. The shroud of mystery that surrounded him as the silent backbone of his previous work has effectively been doused in gasoline and those first notes of album opener “No Fucks” are the match that set it ablaze. The record opens with the starkly confessional “I took the best years of my life and threw them out with the trash/It’s so hard to get a start when you’re starting from scratch./You say that I should be thrilled I’ve still got a life to life/But I feel old, I feel tired, I’ve got nothing to give.” It’s abundantly clear that every sharp corner and cobweb of his personality are now on full display as Ciaran publicly struggles with his demons in a feud that comes to a head in the defeated delivery of the lyric “The only key that I still own unlocks the front door of my parents home./Someday you’ll find me there, suspended by a rope next to a chair/I just don’t care.”

Even with all of that heft, Year Of The Rat doesn’t seem bogged down by its weight. O’Donnell has found a way to perfectly marry his now-signature blend of sardonic self-deprecation and fantastically blissful indie-pop, leaving listeners with a final product that makes them want to move before it moves them to tears. A perfect example of this comes from the strangely opulent “On One Wing.” The track is narrated handful of depressive episodes that sees Ciaran trying to mask his feelings with the kind of quote-unquote happy that comes from drugs and alcohol, an irony that he later criticizes with the lyric “I’m staring at the ceiling and I want to cry/What makes anybody wanna get so high?/It’s not even fun./That’s the thing” before half-heartedly justifying it by singing “But a bird never flew on one wing.” Take one step outside of the narrative though, and the song is the kind of roll the windows down and shout the lyrics at the nearest everybody kind of hit that the Spring and Summer beg for.

Lead single “Patagonia” is next and offers a brief reprieve from the lyrical slaughter of self that we’ve been witness too. Instead, the track highlights all of the quirks and bumps that make up the person that Ciaran is and celebrates them. This is followed by a brief look at the outside world that was met with furrowed brows and snarls; the sharp teeth of “You Don’t Know Shit” are on full display as Ciaran starts the track by saying “Mood can be infectious like the common cold/I think everybody’s sick so please just leave me alone” and are only backed up by the bite of listeners dancing as he guides listeners through a dance-ready chorus of “You don’t/You don’t know/You don’t know shit.”

The record is full of similarly playfully neurotic tics. Manic horns are bound to sweep listeners off their feet, lifting each song as they take even the faintest amount of sting out of Ciaran’s somber narrative. The record’s middle sees the focus shift temporarily outward by way of examining the people that O’Donnell has let into his life. He’s picking other’s apart much in the same way he picks himself apart, only to reach his most confessional state in Year Of The Rat’s penultimate track, “Always The Same,” which starts with the lyric “If this is as bad as it gets, I know that I’ll be okay/As long as it doesn’t get worse/That is what I always say right before it gets worse/It always gets worse” before exploding into a riff that would make force a shit-eating grin onto the faces of whatever hair-metal gods that Rozwell Kid pray to.

He continues by deep-diving into the minutia of his life, singing: “My name is Ciaran and I sleep on a dining room floor/On a futon that I got from a second-hand store/I wash dishes part-time for the minimum wage/and my money’s spent by the time I get paid.” This brings the song into its full power-pop moment of bliss; crunchy guitar and synth channels the early work of Motion City Soundtrack and Weezer before the lyric “Whenever one door closes all the others stay closed/I better get used to being alone” gives way to the second coming of that insanely powerful riff and the track comes to a close with the perfectly pointed closing statement of “So much for new beginnings/Yeah, they’re always the same.”

Our travels come to a close with “Back to Bed.” The track starts out playfully at peace with itself. The gentle sounds of xylophone and a delicately strummed acoustic guitar is bound to lull listeners into a false sense of security before the two-minute mark hits you like a disconnect from the Matrix. The synth starts to get a little rowdier and Ciaran’s voice sounds more maniacal as the horns begin to swell and he sings “and I know you want to help, but you can’t save me from myself/I refuse to take responsibility” and throws us into the true hook of the song, and explosive and effervescent delivery of “Holy motherfucking shit goddamn/I wanna go home/I wanna go back to bed” that carries us to the end of the record. It’s the perfect way to end a record full of decadently dressed depressive episodes — the biggest and most infectious part of the record sees O’Donnell pining for nothing more than the comfort of his own bed, in his own home, all alone.

Yes. It was a bold move on Rat Kid Cool’s part to call their debut album Year Of The Rat, but even after a preliminary listen it’s hard to not take to Twitter and proclaim that “the rest of 2018 is canceled. Try again next year.” Subsequent listens only prove the title more fitting. Outside of the music critic’s trivial world of end of the year lists, this is a deeply personal record that sees Ciaran giving us a first-hand look at his own journey of self-discovery. There was no facet of his personality spared — no stone left unturned, no action unaccounted for, and no thoughts spared of intense over-analyzation. He was willing to share the depths of his lows and the peaks of his highs with all of us, so I can’t help but feel like: yeah, it’s 2018, and it’s the goddamn year of the rat, baby.

Year Of The Rat is out March 16th on Take This To Heart Records and can be pre-ordered here. I got to have a brief conversation with Ciaran about Year Of The Rat, and you can find that below.

Okay so, it’s the Year Of The Rat, baby! How does it feel to finally have a handful of songs that are 100% Ciaran see the light of day?

RKC: For me, the really fun part is the writing and recording process. Releasing music always makes me feel pretty anxious. I’d like to believe that some listeners will enjoy this album and connect to it though. That’s a nice thought.

I’ve been a glaringly obvious fan of your past work. How does writing for Rat Kid Cool differ from working with The Front Bottoms?

RKC: Writing as a group is awesome because sometimes it feels like a Bob Ross painting. Beautiful sonic landscapes can come together quickly and mystifyingly, and often the best parts come about as happy accidents.

Writing alone is more like chiseling a block of marble. It’s slow and tedious and you should probably have a vision of where you are going before you start chipping away. But it is a special feeling when you can step back and say, “Neat-o!”

The way you write for Rat Kid Cool is so blisteringly honest and self-deprecative. Was putting that much of yourself into your songwriting something that came naturally or is something that you spent a lot of time working towards?

RKC: I’m not an experienced songwriter so I didn’t know how else to do it. That’s just what came out naturally.

I’m gonna wrap things up by taking the time to congratulate you on how truly incredible this record is. Year Of The Rat is the kind of buoyant and contrasting record that I’m constantly looking for and I haven’t been able to tear myself away from it literally from the moment that I heard the first few notes of “No Fucks.” I can’t wait to see what the future’s got in store for you and this project!

RKC: Thank you, that is very kind. 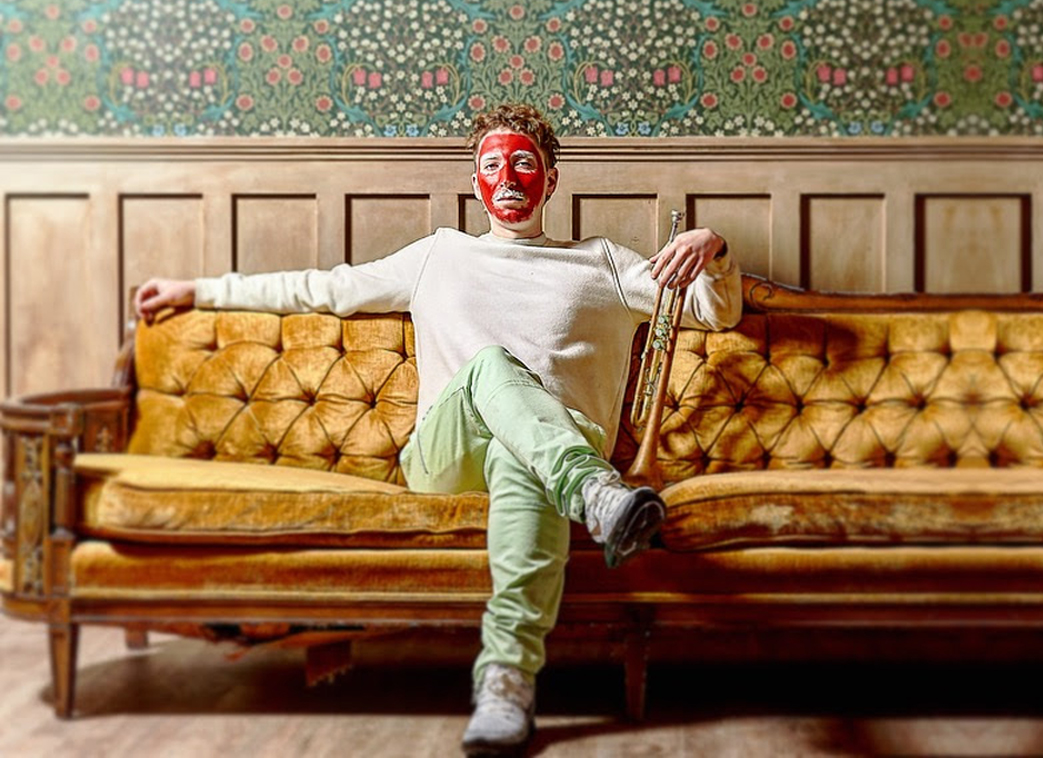 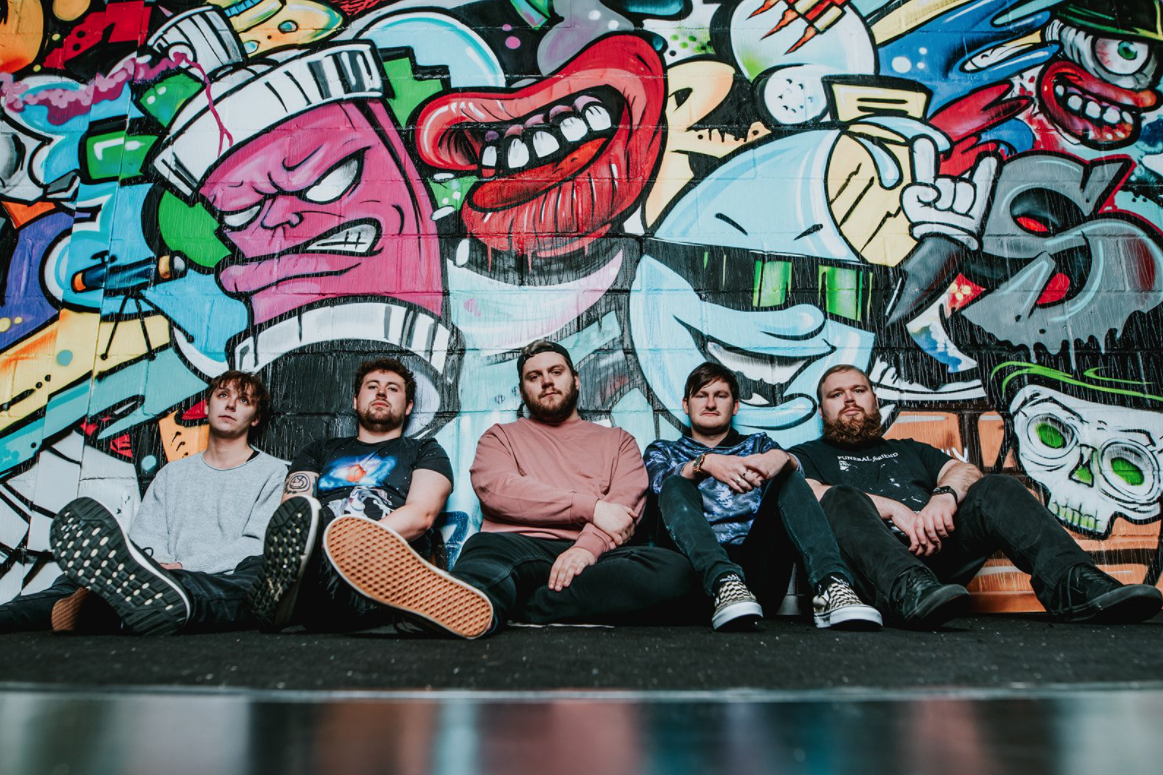 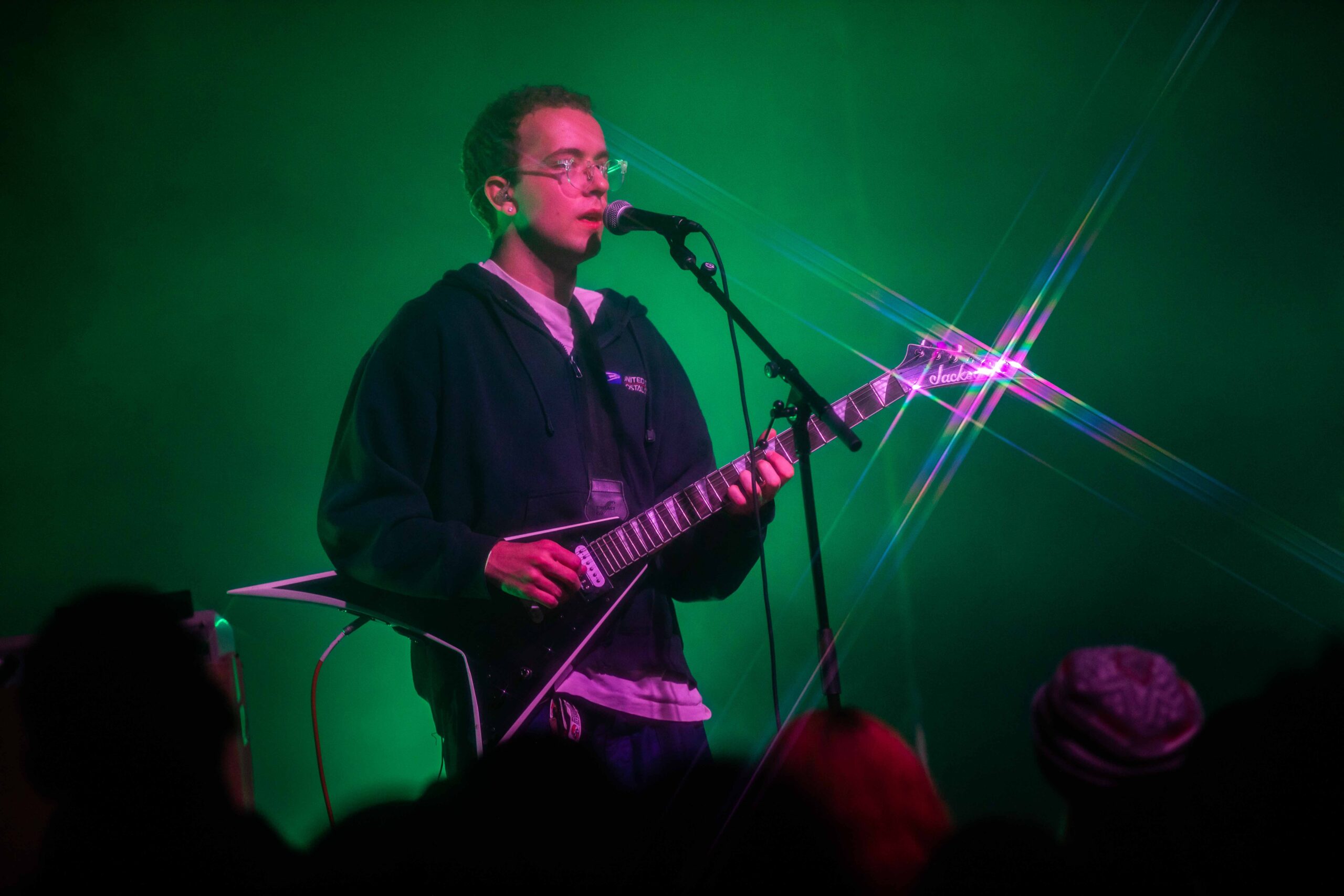 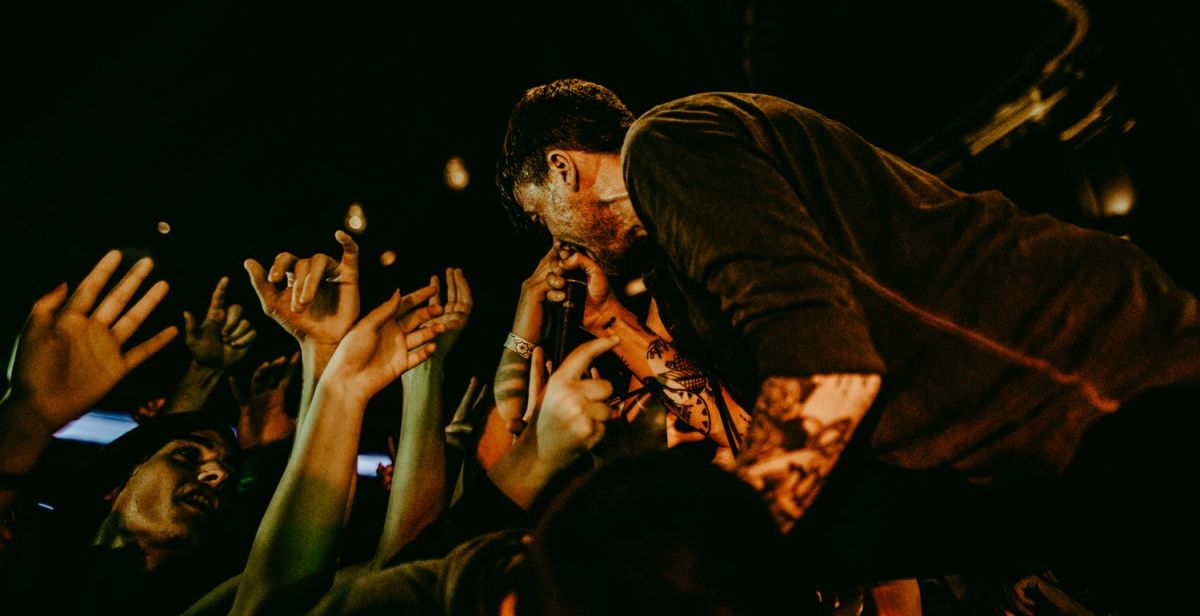 PHOTOS: Circa Survive celebrate 10 years of ‘On Letting Go’ with sold-out Chicago crowd 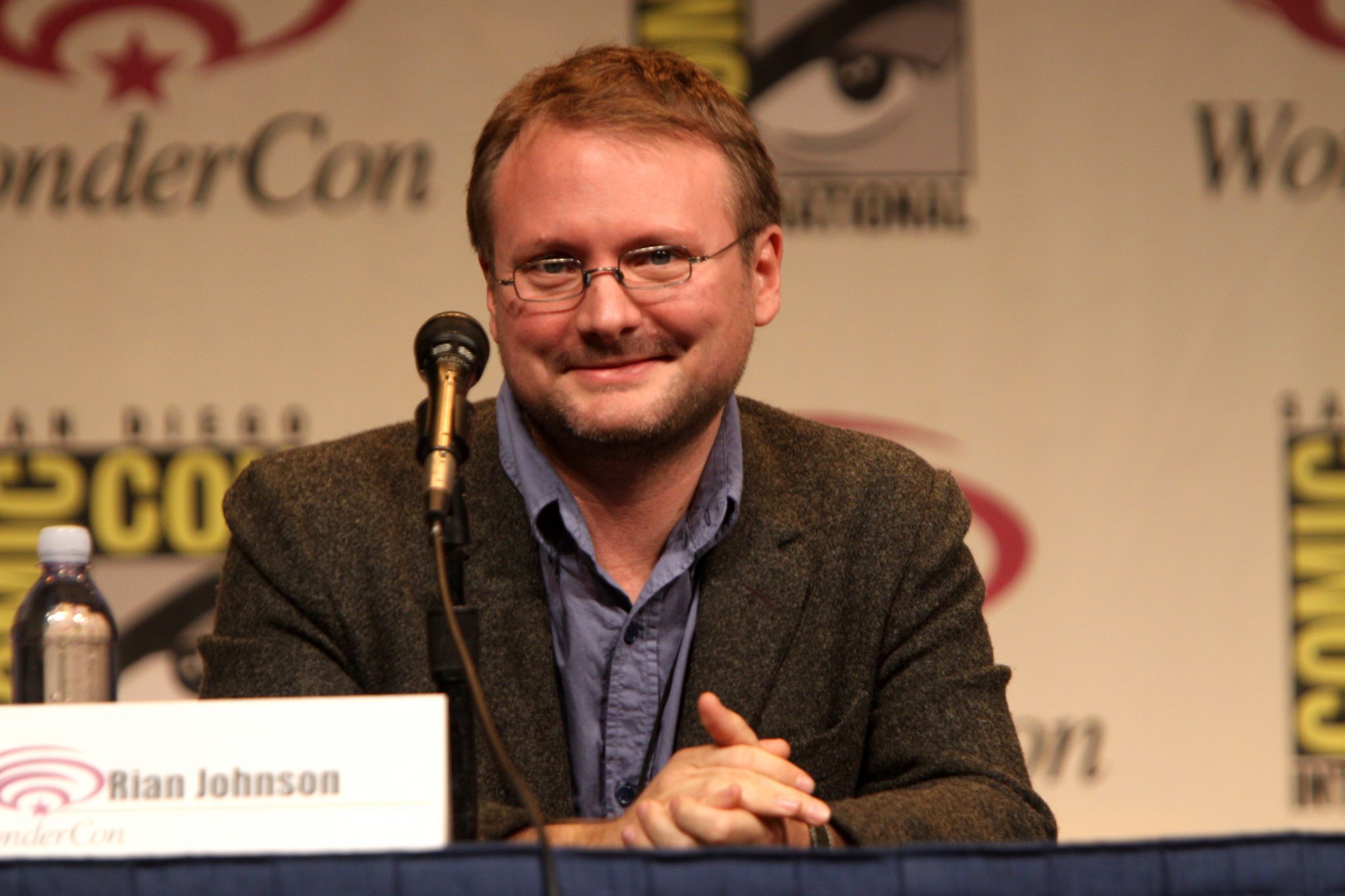