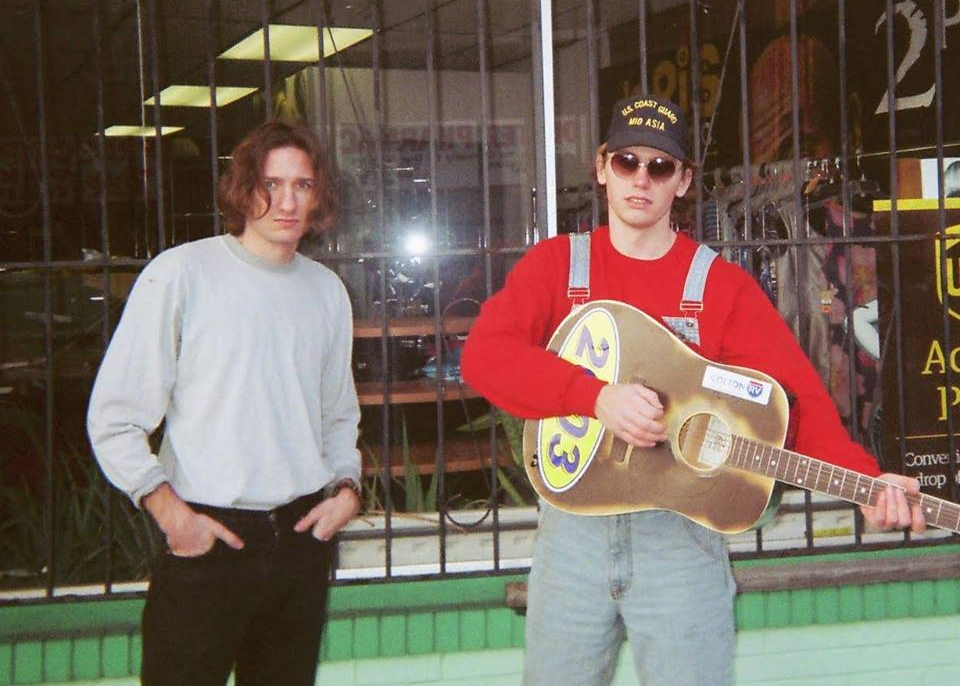 I’m going to try and make this the last time that I make reference to the fact that I believe Matt Cox is one of the best and most underappreciated songwriters in our scene and of our generation. I’ve followed his work over the last five years and handfuls of projects only to end up at what I believe to be his best yet– a partnership with the equally talented Patrick Feeley called Super American. Everything about this band feels ripped out decades past, thankfully without cashing in on the waves of nostalgia that always seem to wash over everything. Their music feels genuinely influenced by the pop-rock of the late 80’s and early 90’s and channels that sound into something that would bloom organically from the source of their inspiration.

Last year’s Disposable was an incredible introduction to the band that effortlessly surfed through the endless waves of endearing and heartfelt pop-rock that has come to be their signature, and even that offered only an inkling of what we can expect to hear from them in the coming months. The band is slated to release an album this year, but are kicking off their 2018 with the release of two brand new songs — both of which make Disposable look like a mere warm-up. “Good Boy” is a hazy ride through being young and in love that sees Matt working to push the boundaries of where Super American can take their sound as they continue to grow both as artists and as people.

“Samantha’s Song” is the unofficial sequel to “Missing Pieces” in the fact that this is another acoustic song with Patrick at the helm. Things are a little different this time; we’re no longer head over heels in love, rather, we’re coming to terms with the end of (presumably the same) relationship. There’s a line in this song that I just can’t seem to shake that sees Patrick sing “You said you loved that polaroid/well, good luck filling this void.” It’s perfectly bittersweet; you know the lyric is unquestionably a childish thought, but it’s one that runs through all of our heads once we’ve found our way out of the post-break-up hole that we’ve dug.

Outside of their art, Super American likes to leave things mostly to the imagination. Their social media presence is charmingly aloof — they post to inform their fans of things to come (music, tours, general news) and then slip back into the aether that they’ve created for themselves. Their visual presence is best summarized in three words: neon and disposable film. When the band does post to something like Instagram, it’s rolls of developed film from studio sessions or tour– all of which keeps fans baited for that push notification. Stay tuned to Substream for more information on Super American’s upcoming album and the eventual start of their world domination.