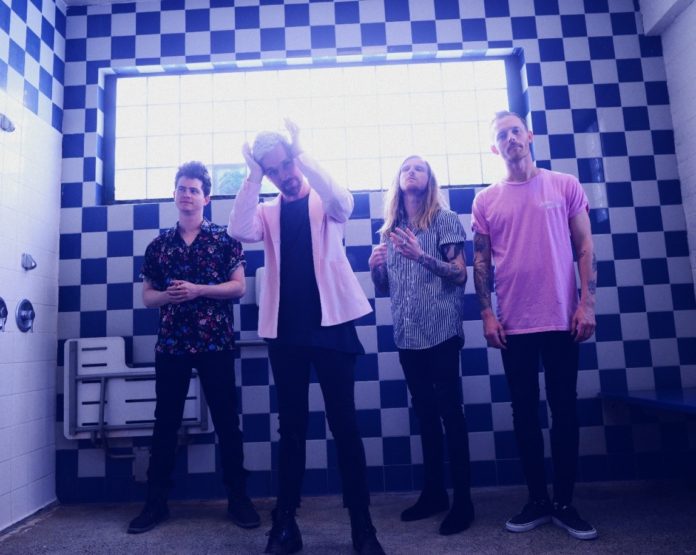 You know what’s awesome on a hot summer day? The pool. I would be in the pool every single day if I could be, relaxing and cooling off. You know what’s awesome any day of the week or season of the year? Believing in yourself and pushing towards your goals and dreams. The path isn’t always easy, but it’s definitely worth it to go after what makes you happy and fulfilled in life. Not only are these two points good life lessons, they’re also addressed in Half the Animal‘s new music video for their track “Too Late.” We’re thrilled to premiere that music video here on Substream today!

The protagonist for the “Too Late” video is a boy spending the day at the public pool. This is a really nice pool too, with a ton of diving boards and a towering diving platform. That platform is the boy’s goal, as we see him nervously look up at it. We see Half the Animal themselves sitting on some of the diving board themselves as they perform alongside visions in the boy’s head of what might go wrong. To fit with the overall theme of the song, the boy builds up more and more courage during the video, and Half the Animal get in on the diving fun as well. I won’t completely spoil the ending, but I hope you’re ready to be inspired today.

Asked about the video, Chase Johnson said “There’s a piece inside of us that knows what it’s like to get knocked down, but also knows you get another chance. It’s never too late. Even as a kid, when I had something to prove, I pushed myself to edge. And now as an adult–I can say fuck it, throw all my shit off the ledge, and jump from great heights with my friends.”

You can watch the “Too Late” video below. After you’re done, go out and work towards your own happiness. And maybe take a dip in the pool while you’re at it. 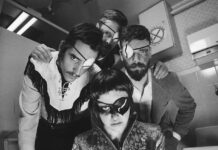 The Smashing Pumpkins release two songs + two episodes of ‘In...